From Student To Corps Member: How TFA Began To Impact My Life Years Before The Corps

Anika Green speaks to experiences within and outside the classroom that helped shape her outlook on the opportunity gap, and the steps she's taking to ensure every student has the opportunity to attain an excellent education. #OneDayINdy 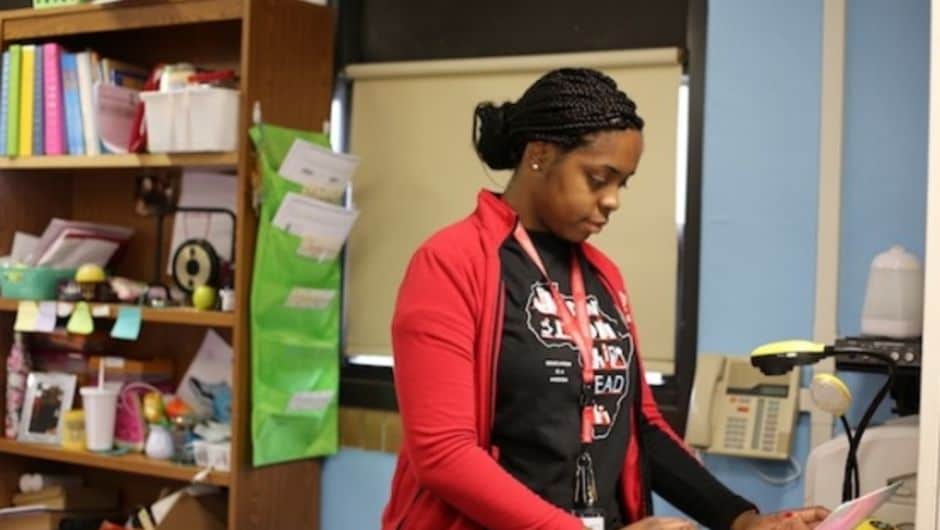 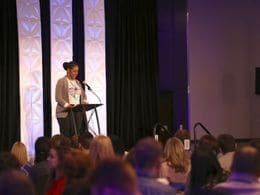 Anika gave this speech at the TFA-lndy10th Anniversary Summit on April 14, 2018

Teach For America began to impact my life years before I became a corps member. In fact, it started when I was a student at Arsenal Technical High School. Some of my favorite teachers were corps members. There was Ms. Ruble, the English teacher with the data wall titled “Students Kicking A” (pun intended). My statistics teacher, who taught me patience and perseverance. And most memorable, the English teacher, who exposed the harsh reality of education inequity. When I was a junior, Mrs. Stevenson gave a lesson about the education gap. She was a white, upper middIe-class woman, teaching mostly black and Latino students, and while her intentions were genuine, I remember feeling worthless. She gave a presentation about the achievement gap in her hometown. She informed us of the way that the school systems were arranged, gave statistics on the percentage of black students who went to college, compared to wealthier white students. The numbers were terrifying and disappointing. She closed the conversation with a charge to her students. She held a poster that read in all capital letters: “WE WILL CLOSE THE ACHIEVEMENT GAP." I did not sign the poster. She did not realize it, but the lesson elicited a lot of pain.

“I wanted her to know that I was tired of being an exception. I wanted her to understand that the achievement gap was bigger than the poster she held in her classroom.”

I wrote a letter to express the way I felt. I wrote to her about my experiences. It was never a question that I would attend college. It was emphasized by my mother and grandmother since I was a young girl. They did everything in their power to ensure that I would be prepared once I got there. I attended Cold Spring School, an environmental magnet on the Northwest-side of town. I would travel for an hour each day just to get to school. I was also fortunate enough to attend the same school when my family moved to new neighborhoods, something that my other friends and family were not able to do. I also attended a magnet high school that taught me the value of technology and 21st century skills. My experience was an exception.

What about those who only had the chance to attend neighborhood schools, and had to switch schools each time they moved? How could they be expected to close the gap? What about my single mother, who had me when she was a teenager and put her children’s needs before her own? How could she be expected to close the gap alone? I wrote to her about my brother, who was fun and bright, but not a strong reader. He struggled in school because of it, and it wasn’t until he was in seventh grade that he was diagnosed with a condition similar to dyslexia. It wasn’t until then that he finally received the services he deserved. How could he be burdened to close a gap that he did not create? I wrote to her about the rest of my family and friends who faced trauma from the poverty that surrounded us. I wrote about the ways I witnessed mental illness and drug abuse in the people I loved because of the horrors of our environment. I wanted her to know that l was tired of being an exception. I wanted her to understand that the achievement gap was bigger than the poster she held in her classroom.

After she read my letter, our relationship began to blossom. She continued to challenge me inside the classroom and served as a window of opportunity. Our conversations about college influenced me to attend DePauw University, which also served as her alma mater. I studied Political Science and Africana studies and began to learn the systemic issues that impeded me and my community. When it was time to graduate I received pressure to pursue law school or similar graduate programs. It was during that time that I thought about my own education the most, and decided to apply for Teach For America.

I am a second-year corps member, and I am proud of my decision to become an educator. I am also grateful for the chance to teach in Indy, my hometown, and to serve at a school with leaders who believe that all students deserve the opportunity to attain an excellent education. l teach at Kindezi Academy, a charter school within in the Brightwood/ Martindale community. Shanae Staples, a 2009 alumna of the Atlanta corps, leads Kindezi with the values of leading with love, embracing uniqueness, cultivating character, and igniting imagination. Kindezi also happens to be within the Neighborhood Charter Network where, serendipitously, I happen to have the opportunity to work with Cody Whitesell, my former statistics teacher at Arsenal Tech. TFA connections are everywhere. Especially here in the Circle City.

“I did not feel equipped to confront the grave statistics about the opportunity gap when I was in high school, but I now live to close opportunity gaps each day in my classroom.”

I arrive at Kindezi each day with my own identity and experiences that are often similar to my students. I am transparent of my own background. In my classroom, we use our experiences to build a community of trust and respect. I am most proud when I see my students encourage each other to take challenges and support each other when things are tough.

I am also proud of the work my students do. It is refreshing to see students smiling after a difﬁcult lesson or even a hug and “thank you" from a student simply for teaching them math. It is these moments like these, that seem miniscule, but when looking back I realize that I am providing my students with access that will lead to opportunities. I did not feel equipped to confront the grave statistics about the opportunity gap when I was in high school, but I now live to close opportunity gaps each day in my classroom.

Teach For America has provided me with teachers who inspired me to pursue my passion for education. They worked tirelessly because they understood, long before I did, that closing opportunity gaps required more than one exceptional student or teacher. They understood that achieving educational equity would require a collective effort of educators and generations of inspired students. I now feel the way I imagine that my teachers once felt. Proud of the people my students are and excited for all of the things that they can become. As Mr. Whitesell said, his students had a profound impact on him,just as my students have a profound impact on me, and this impact continues to propel our movement forward.