From Medicine To Teaching: A Conviction For Learning Continuously And "Telling My Story"

2018 corps member Stephanie Rendon always dreamed of becoming a pediatrician. But, a spring break experience opened her eyes to a path she felt more convicted to be on in a different, but powerful, way. #OneDayINdy 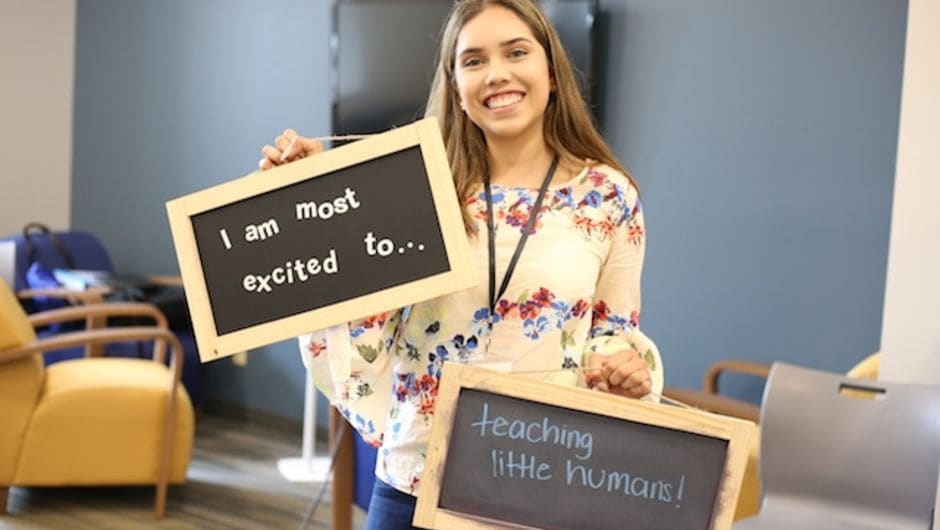 Ever since I can remember, I had always wanted to be a doctor. Growing up, my family never had access to a doctor, and, like many other Hispanics, they had an enormous distrust of the profession. My desire to help others, especially my community, became my driving force. I attended Arizona State University as a Health Science pre-professional in hopes of matriculating to medical school to become a pediatrician. I was constantly participating in medical programs and pushing myself to network with individuals in the field; eventually, I ended up become a scribe in the Emergency Department. 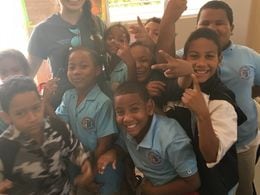 Then, during my sophomore year of college, I went on an alternative spring break and was sent to the Dominican Republic to teach English to kindergarten, first, and third graders. The experience had such an impact on not only the kids but myself as well. Due to the lack of funding and supplies, my team and I had to be resourceful and innovative. We created worksheets by hand and various teaching materials so as to effectively teach the students. While there, I began to think I wanted a different vocation. After I came back, I knew I wanted to keep working with kids through teaching. 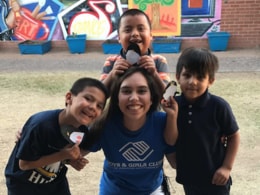 I began working at the Boys and Girls Club, which I absolutely loved. Working there exposed me to the dire need for educational equity. Out of the 150 members that attend, less than 25 percent know how to read, which was alarming. Through the programs I oversaw, I was able to develop a passion in the members for chess, STEM, and reading. Not too long after working there, I studied abroad and went to Rome where I developed a passion for International Affairs and Human Rights and came to see education as a basic human right, which was unavailable to many. At the conclusion of my trip, I had decided I no longer wanted to pursue the medical track; I changed my degree to Family and Human Development and added another degree in Political Science. I then began working with the Office of Refugee Resettlement with their Unaccompanied Children's (UAC) Program. At one point I found myself teaching them and realized how much I loved it. This is when I decided to apply for Teach For America.

After I was accepted, I was positive I would get placed in my home of Phoenix, because I thought I was the "ideal" candidate to teach ESL there, since I was proficiently fluent in both English and Spanish. I was completely taken aback when I opened up my acceptance and saw my region placement was Indianapolis. To say I was disappointed was an understatement. I had no ties or knew anyone and it was the first time I would be in the Midwest. After studying abroad, I had told myself I would never move out of Phoenix—I did not see myself moving so far away from home again. Additionally, my mother was having serious health issues and was going in and out of surgeries and doctor appointments. Being the oldest I was in charge of organizing and figuring everything out for her. After a few days of serious contemplation talking to my TFA recruitment director, current TFA-Indy CMs, family, and friends, I decided to accept my placement. So far, the past several months since I left Arizona has been the most amazing, scariest and stressful adventure I have taken on in my life. 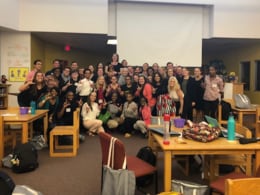 During Induction (Indianapolis corps onboarding) and Houston Institute (summer teacher training), I managed to grow not only professionally, but on a personal level. Induction and Institute helped me learn and appreciate certain characteristics that pertain to me, such as my identity. For example, I never would have thought of the different experiences that I have had as moments of privilege. It has helped me appreciate rather than see those experiences (for example, being first generation or having been raised in a low-income household) as tribulations. Additionally, Institute has taught me how to “tell my story,” which prior I did not think was that significant or important but I have come to realize that it can be a moment of learning. Having been the only individual of Latinx decent at the Houston school I was teaching at over the summer, I feel that I was able to bring up issues and concerns specific to the Latinx population, which many of my colleagues didn’t know about. On top of being able to learn about myself, I was able to build the necessary relationships, either with other corps members or others that allowed me to have conversations that I had not had a chance to have before in DEI sessions about issues like race and income. Most importantly, coming into the corps, I had no idea what was involved in teaching and the amount of information and resources I have been given is a little overwhelming but has been very informative. I have learned how to accept feedback and the importance of classroom management.  I think what has led to this development is my overall attitude of trying to learn as much as I can and following up to clarify.

As soon as Institute ended, I returned to Indy to start my school training as a kindergarten co-teacher with Circle City Preparatory and the learning has not stopped. I can tell that Indy will grow on me and I'm excited to see what Indy and TFA have to offer for me.