From Elysian Valley To Harvard And Back 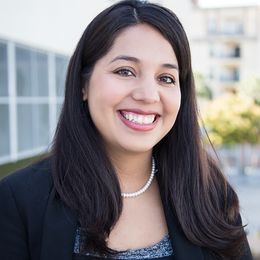 Give back. That’s the mantra which motivates many Teach For America-Los Angeles alumni who return to their hometown to teach.

Marisol Pineda Conde remembers when those words sunk in for her. She was attending John Marshall High School, and a teacher named Steve Zimmer was running a community center in an abandoned garment factory where her mother had worked. The center acted as a hub of resources, including a continuation school for students who dropped out of high school, an afterschool tutoring program for elementary students, and a community meeting space for adults.

“I was very blessed to grow up in that space with mentors and guidance from teachers like Steve. It was deeply ingrained in me to give back to my community,” she said.

Today Marisol is the principal of Miramar High School, about five miles from where she grew up. She is being honored as a School Changemaker by Teach For America-Los Angeles during its 26th anniversary benefit on May 3. Also being honored are Community Changemaker Derrick Chau (LA ’97,) the senior executive director of instruction at Los Angeles Unified School District; Classroom Changemaker Hae Na Shin (LA ’15), 2016 Rookie of the Year honoree for LAUSD; and Regional Changemakers William Siart and Myrna Castrejon, the chairman and executive director at Great Public Schools Now.

"Marisol and her leadership team – along with our other changemaker honorees – exemplify the amazing work that's being done across Los Angeles to improve education for all kids. We are honored that TFA-LA played a supporting role in Marisol’s career, and thank her for inspiring others to harness the potential in our students,” said Lida Jennings, executive director of Teach For America-Los Angeles.

Marisol moved to the United States from Mexico at age 3 and grew up in a working class household in Elysian Valley. She graduated from Marshall at the top of her class and earned a full-ride to Harvard University. One summer when she was interning in the Los Angeles mayor’s office, she realized how this set her apart from too many students of color from low-income communities.

One of Marisol’s jobs was to calculate graduation rates for the mayor’s staff. Her high school sent 40 percent of students on to college, while the rate was just 11 percent where her boyfriend attended.  “At that time, I started to question my experience and to understand the landscape of education in the city,” she said.

Immediately after graduating Harvard in 2008, Marisol joined Teach For America-Los Angeles, where Zimmer, her mentor and now president of the LAUSD school board, also got his start. She was hired to teach at Dalzell Lance High School, part of the Camino Nuevo Charter Academy network. She has been with the network ever since. “I’ve had every job but janitor,” she said, from teacher to operations coordinator to assistant principal.

Marisol is now in her third year as principal at Miramar High School, which is preparing to graduate its second-ever senior class. Miramar serves an under-resourced population: 97 percent of students qualify for free or reduced price lunch, 99 percent of students identify as Latino and about 25 percent of students are English language learners. Most of its graduates are headed to college, but not at the rate Marisol wants to achieve.

To reach that point, Marisol believes her school must offer more than a traditional education. She has partnered with Children’s Hospital for wellness services, and has scheduled 120 minutes of non-academic advisory time per week so that students can build relationships with teachers and peers. Her end goal reaches beyond college graduation. She wants to create agents of change.

“I approach my work with the fundamental belief that if we can fully equip and educate our students, they will have the ability to transform their community,” she said.

Stephanie Garcia is evidence that the approach is taking hold. A member of Miramar’s first graduating class, she is already teaching in a neighborhood school. In a testimonial letter she wrote for the award ceremony, Stephanie said this to Marisol:

“I will never in my life forget you or the amazing teachers I had. You all transformed my life and made me believe that I’m capable of doing whatever I set my mind to and that’s something I’ll carry with me forever. Thank you for caring about students like me. Continue doing what you’re doing, to me you are the true definition of an Orgullo Hispano.”

That translates to Hispanic Pride.