Alex teaches Special Education at South Mountain High School. She was also the corps member speaker at our 2017 Celebration Dinner: One For All, where she shared her story, and how she's been able to have a positive impact on her students. 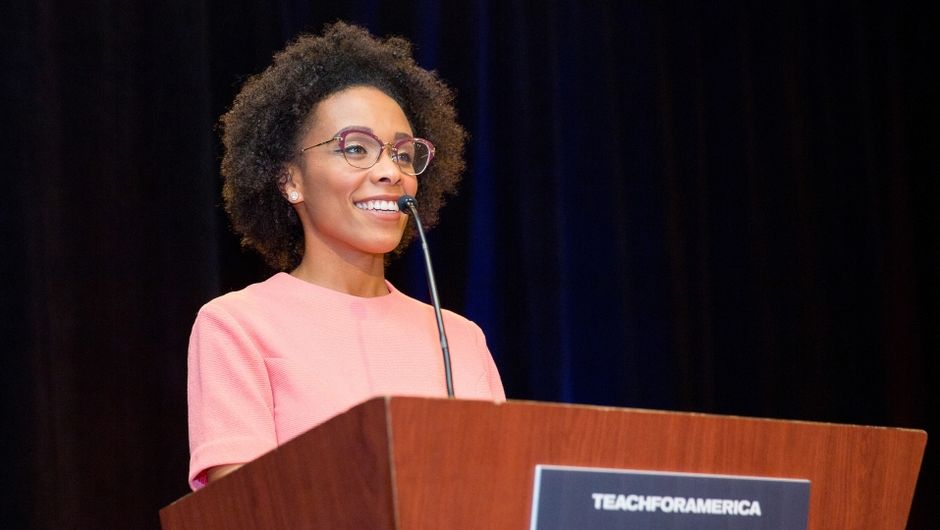 When she was 12, Alex Poindexter watched with pride as her mom went back to school to earn her degree in special education at the age of 49. She’d spend time helping out in her mom’s classroom in the years that followed – an experience that motivated her to become a teacher herself.

Although Alex had Teach For America on her radar since her freshman year at the University of Rochester, it was her mom who had the largest impact on Alex’s decision to join TFA – Phoenix in 2016.

Last year, only 55 percent of students with disabilities at Alex’s placement school graduated within 4 years, according to the Arizona Department of Education. However, 100 percent of Alex’s seniors are headed to college this fall or next year.

Having overcome the challenges of having a learning disability herself, Alex says she is able to connect with her students particularly well, and serve as an example for what they can achieve.

Alex is able to help her high school students by sharing her story with them. She said that, at the beginning of the school year, she was open about her experience with her students. Alex says that this not only helped her relate to her students, but has also helped her students see past the stigma that can often surround them.

“I think it really put into perspective that your disability doesn’t necessarily get in the way of what you want to accomplish,” Alex says. She’s seen her students point to her as an example during class discussions, and in free-writing assignments.

One of her students, Juan, was able to accomplish one of his educational goals with Ms. Poindexter’s support.

He began the year mentioning Northern Arizona University, first as an aside, but then told Alex one day that he wanted to go there after graduating from high school. They spent two hours after school completing the application, filing a FAFSA, and submitting a note about his disability. Juan was accepted to NAU this past December. He will be pursuing a degree in Business Administration this Fall, and wants to be an entrepreneur.

Alex says that she was encouraged by two of the Assistant Principals at South Mountain who are TFA alumni, Nick Oviedo (Phoenix corps 2009) and Matt Lersch (Phoenix corps 2006). They made sure she started the year knowing that her students are great kids.

She is committed to pushing her students beyond the standard curriculum (for example, this meant tackling complete Algebra units for the first time this year). 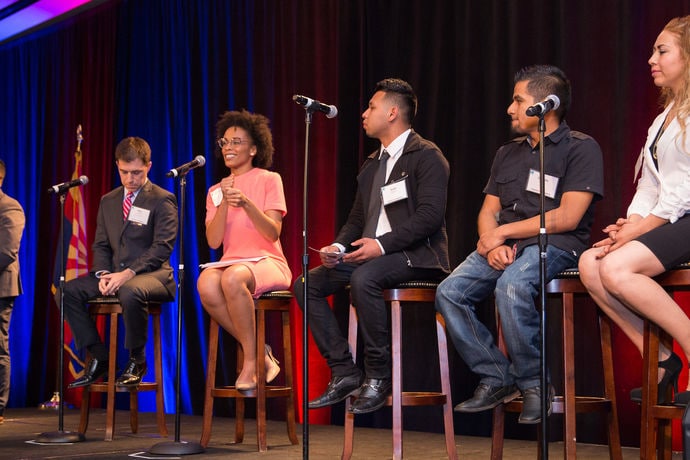 “I hope to leave South in a stronger place than they were before. For my students, I just want them to be prepared for life outside of school,” Alex says.

In addition to her teaching role, Alex has been involved as an advisor for clubs on campus. She’s coaching the cheerleading team this year, and will be helping out with Student Council next year. This is a continuation of her involvement on campus at the University of Rochester, where she worked to create a better sense of community.

“Being involved here, I get to know the kids, and I can tell staff and administrators how they’re feeling,” Alex says. By connecting with students both inside and outside the classroom, she hopes to make her school feel like a more unified community.