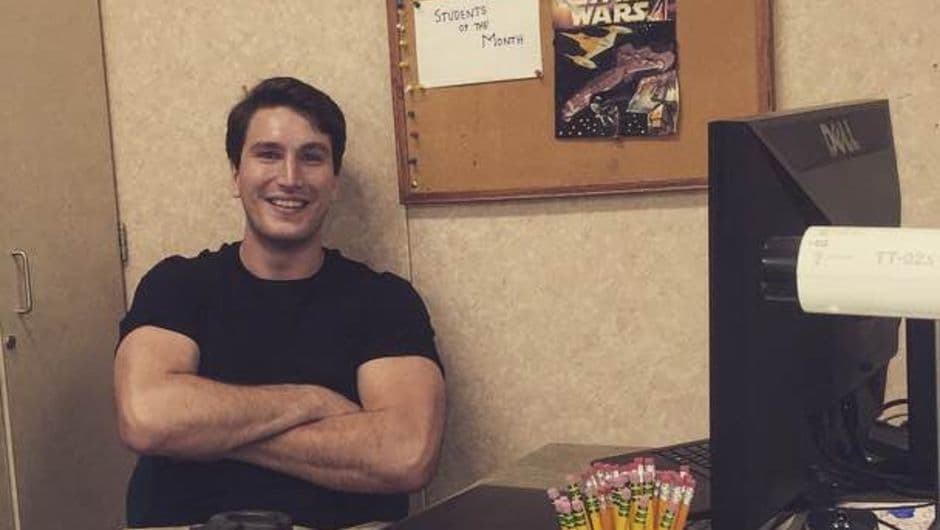 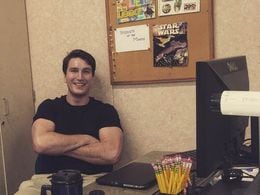 When Ardian Sahinovic was 15 years old, he aspired to be a college athlete. But after a devastating accident, he was told he would never play football again.

Ardian suffered a traumatic brain injury that shattered half the bones in his face. His skull was rebuilt with plates, and contact sports seemed no longer possible.

Yet it was the memory loss that scared him the most. Under the care of a neurologist and leaning on family and friends, Ardian retrained his brain to focus on details and retain information.

The other skills followed, and this fall Ardian was one of almost 100 Division One athletes to join Teach For America. He was recommended by David Archer, head football coach at Cornell University and Teach For America alum (New Jersey, ’05).

“Yet it was the memory loss that scared him the most. Under the care of a neurologist and leaning on family and friends, Ardian retrained his brain to focus on details and retain information. The other skills followed, and this fall Ardian was one of almost 100 Division One athletes to join Teach For America. He was recommended by David Archer, head football coach at Cornell University and Teach For America alum (New Jersey, ’05).”

Ardian’s father, Mickey, immigrated to the United States from Kosovo. With little formal education, he found employment as a doorman in New York City. He and his wife emphasized the importance of school and work with their four children, and they were heart-broken when Ardian was injured.

“That time was really difficult for us, but as a family we stood together,” he said. “Whatever hard time he was going through, we were right next to him.”

Ardian was resilient. Because the injury prohibited him from physical contact, the former tight end adapted and started kicking footballs. “It was stress relieving if anything,” he said.

He set state records for career punting average and career punting yards at New Fairfield High School and caught the attention of Cornell University. He joined the Big Red as a punter in the fall of 2012. Four months later David Archer – at age 31 – became the youngest head coach ever hired by a Division One school. The two connected.

First, it was academic. The Cornell courses were more difficult than Ardian expected. Coach Archer summoned the freshman into his office, wrote out a schedule and impressed upon him the need for time management. Ardian posted a 3.5 grade point average second semester.

Then, sophomore year, Ardian faced another setback.  Coach Archer recruited an All American punter. Ardian’s playing time was at risk. He was determined to continue contributing to the team. He hit the weight room and taught himself a new position, kicking field goals and kickoffs. By senior year, Ardian led the conference in average yards per kickoff and touchback percentage.

This persistence impressed Coach Archer. But it was a speech that Ardian gave that prompted his Teach For America recommendation. 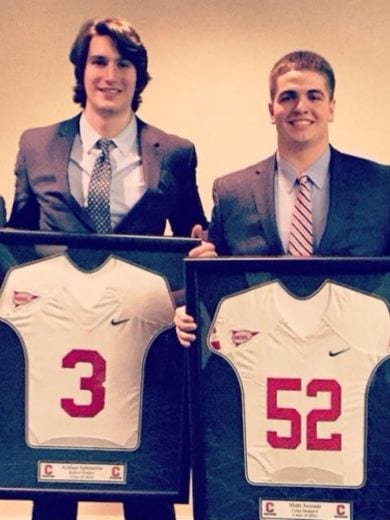 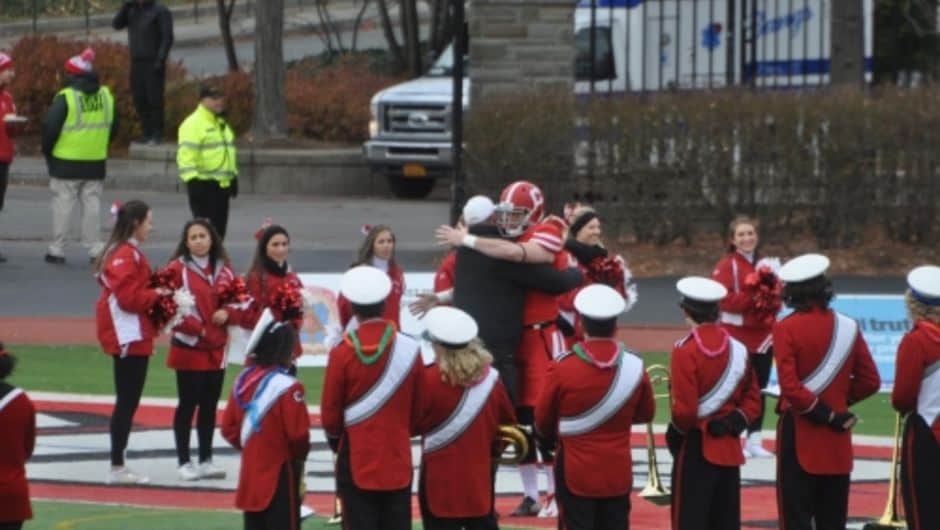 Coach Archer had a tradition. He gave a “character edge” reading before each practice and game. He would spin a lesson around a trait like “humility,” giving the dictionary definition, a colloquial definition, and an illustration of how it impacts your life on and off the field.

As Ardian’s graduation neared, Coach Archer let each senior give the character edge. He remembers the 6‘6 kicker standing before his team and lecturing on “locus of control.”

It was a concept familiar to Coach Archer. He had learned about it a decade earlier as a Teach For America corps member at Dr. William H. Horton School in Newark and it was the subject of a character edge he gave during Ardian’s sophomore year.

A person with an internal locus of control believes that he or she can positively influence events and outcomes in their lives, Coach Archer said. Or as Ardian retells it, having a locus of control is the ability to control your own destiny, not be a victim of circumstance, and create the opportunity to better yourself.

“When Ardian stood up and referenced ‘locus of control’ … I thought ‘Holy cow, he remembered that from two years ago.’ That’s when I started to say to myself, this guy is TFA,” Coach Archer said.

“When he came to me to talk about TFA, in my gut, I knew he would be awesome. … I could just see it in him, the passion for others, his desire to be a positive influence on others, his leadership.”

Ardian had been thinking about joining the corps for another reason as well. Coach Archer encouraged his players to be visible in the community. Ardian participated in Big Red Readers and visited Ithaca schools in his jersey to read to kids. “Having a young person to engage with, they just lit up,” he said.

Coach Archer and Ardian discussed Ardian’s Teach For America application, and Coach Archer gave advice on the interview. “I told him they will want to see what I’ve seen in you – your examples of leadership, organizing your time, overcoming adversity, your ability to influence a group, and your high achievement,” he said. 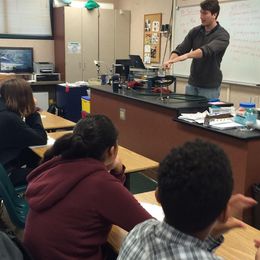 Ardian was accepted, but with one snag. He was assigned to San Diego, the last of his preferred regions. He wanted to stay in the East, but had listed San Diego because it was the place his dad arrived after leaving South East Europe.

He moved anyway and is two months into teaching science at Madison Middle School. He is hitting his stride.

Ardian had his students build windmills to learn about speed and track sharks online to practice graphing.

At the request of a student, he is sponsoring a Gay-Straight Student Alliance. And thanks to a vote by his fellow corps members, he was honored with a Community Before Self award.

Locus of control is never far from his mind. He believes in his students, and he wants his students to believe, too.

“You can be in a bad spot, but the bad spot doesn't have to define you,” he said.