When New Orleans native Ronicka Briscoe joined the Greater New Orleans corps in 2006, she began a 15-year journey that taught her the importance of centering community in every aspect of her leadership. 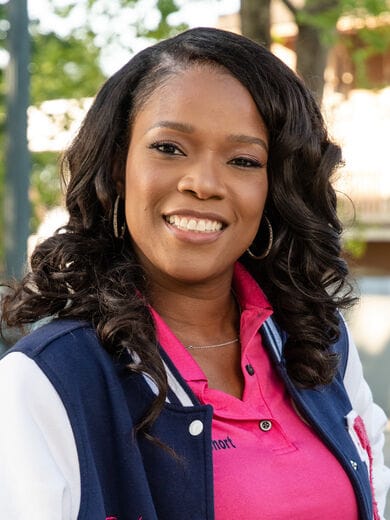 Ronicka Briscoe grew-up in New Orleans. She was a senior majoring in political science at Xavier University when Hurricane Katrina hit New Orleans in 2005. As a first-generation college student, completing her degree was a priority for her. She initially considered going to law school until the storm turned her whole world upside down - and led her to join the 2006 Greater New Orleans corps.

What followed was a 15-year journey in education and leadership through service to and partnership with her community. Now as a partner for TNTP and the CEO of Legacy Inventive Solutions for Schools, she continues to serve her community through her professional endeavors and board service for organizations throughout New Orleans. In the interview below, we asked her to tell us about her journey from corps member to community leader.

Why did you decide to join Teach For America in Greater New Orleans in 2006, just months after Hurricane Katrina?

I knew I wanted to be a part of the rebuilding efforts after the storm, and I knew that if I wanted to make a difference, I had to consider education. Teach For America didn’t recruit on Xavier’s campus, so I didn’t know how difficult it was to get accepted into the corps, especially for African Americans. I graduated from Xavier in 2006 and joined the TFA GNO corps with only ten people in my cohort.

Not everyone was from New Orleans, but almost all of us went to college there or had some other connection to the city. At the time, it was only six months to a year removed from Hurricane Katrina, and I’m not sure anyone fully understood the lasting impact Katrina would have on the city and on the world. We were young, free, and oblivious, and that really helped us. We truly believed we could make a difference, and we depended on each other a lot. We were in constant communication, talking with each other and texting each other and problem-solving for our classrooms. We were really focused on building relationships with kids and families.

What was your teaching experience like then and what are you doing today?

I taught at Samuel J. Green Charter School, and it was the best place you could have ended up post-Katrina. The principal, Tony Recasner, started the first charter school in New Orleans. He was a child psychologist, and he understood the impact of trauma in children, and he understood the experience of Black students in New Orleans. His approach and his love and compassion for both students and staff was an amazing experience, and he inspired me to eventually become a principal. 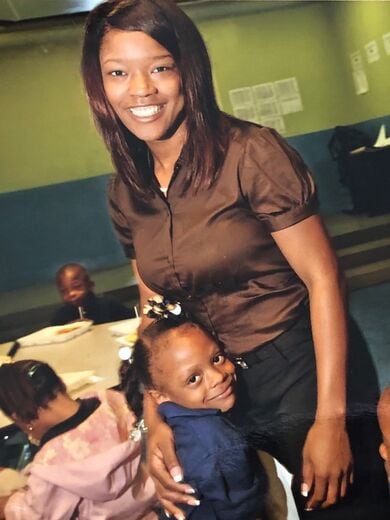 My first year, I taught fifth grade English/Language Arts and social studies. My co-teacher, Ms. Brenda Benoit, who taught math and science, was a veteran teacher with 30 years of experience. She didn’t drive, and so I picked her up every day and drove her to school, and we had the most incredible conversations about how to teach and love kids. She was such a huge part of my growth as a teacher. I completed my two-year corps experience at Green before heading off to grad school.

I went on to work at Andrew Wilson Charter School for several years, first as a teacher, then a curriculum coordinator, and then as an assistant principal. I left Wilson for a Principalship at the Dwight D. Eisenhower Academy of Global Studies. For the last four years, I have worked as an education consultant. First independently, now as member of TNTP, working in the capacity of Partner supporting schools and school districts in the southwestern part of the United States.

Beyond the classroom, you’ve been very involved in the community – serving on nonprofit boards and even starting your own nonprofit. What has motivated you to do this work?

Being in schools and education you often see gaps in the system, and I’ve been involved in countless programs and organizations that are helping fill those gaps. I joined the board of 826 New Orleans because I saw gaps in literacy. I also serve on the Mayor’s Civic Design Team for the Parent Leadership Training Institute, whose goal is to get parents more involved with their kids’ schools. If we are going to change the trajectory for children in a city where the majority of public school students are from economically disadvantaged communities, we have to do it from multiple levels and perspectives.

“If we are going to change the trajectory for children in a city where the majority of public school students are from economically disadvantaged communities, we have to do it from multiple levels and perspectives. ”

My sister and I considered this when we started the Legacy Foundation for Girls three years ago to support and inspire Black middle school girls in New Orleans. We came up with the idea during a four-hour car trip, and we were thinking about our experiences as Black girls growing up in New Orleans and being the first people in our family to graduate from college. We started asking ourselves what was different for us. We reflected that we had the opportunity to go to college and we had a large community that believed in us. We went to soccer games and the ballet and many other activities that other folks in our community weren’t exposed to.

We want to expose girls to new experiences and connect them with exceptional Black women who are doing great things in the community. We invited a young Black chemist from NASA, a sitting judge, the Mayor of New Orleans, business owners, and other amazing Black women to come and talk to our girls. Kids don’t realize all the opportunities that are out there, and we want to show them what’s possible and that the sky is the limit.

How do you think about leadership, and how your view of leadership has evolved over time?

I learned a lesson in leadership in fourth grade. I ran for student council and lost and I was devastated. The student council meetings were open to anyone, so my mom told me to go to the meetings anyway. By the end of the school year, none of the kids who were elected were attending the meetings, but my sister, my cousin, and I, along with a few other kids, were still going, so we were able to have an impact. I learned that no one is obligated to give you a seat at the table; I could make my own seat and use my own voice and create my own title. I could get involved because I wanted to, not because someone gave me permission. I’ve never let a title or lack of title discourage me from doing the work and leaving a positive legacy of impact.

What are you most proud of?

I’m most proud that my mother – who didn’t have the opportunity to attend college herself – got to see both of her children earn degrees from well-respected historically Black colleges and universities, earn advanced degrees, and continue to make an impact in education.