In recognition of Latinx Heritage Month, Teach For America Indianapolis celebrates the outstanding work and impact of our Latinx leaders in expanding educational opportunity for students in the Circle City. 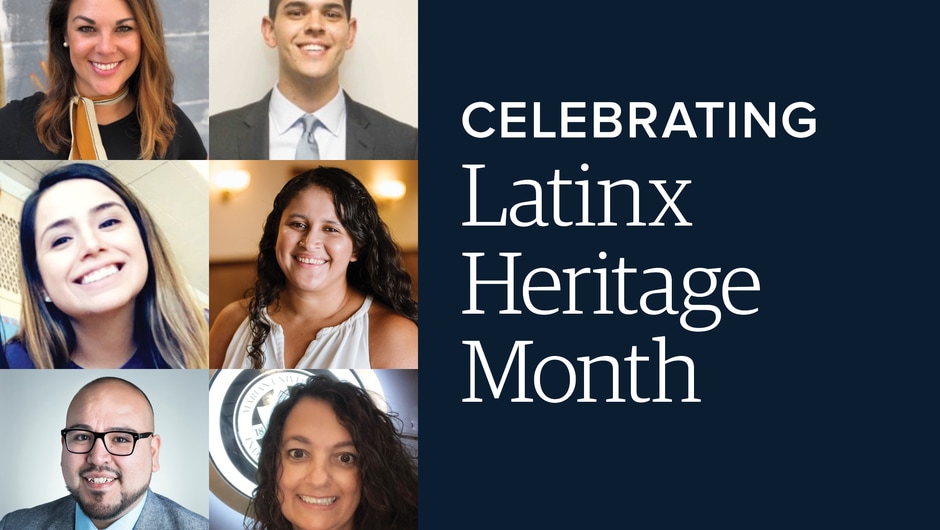 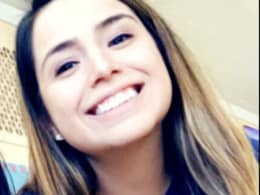 The focus of my role at IDOE is federal grant implementation for charter schools in the State of Indiana. I also serve as the IDOE liaison for Indiana charter schools. I work collaboratively with other IDOE divisions to provide a system of support to ensure all Indiana students have access to a high-quality education regardless of the school they attend.

My cultural identity vastly influences my perspective and in the work I do for IDOE. I am a representation of the Latinx community in education policy implementation. I am intentional in providing awareness at the state level of the Latinx context and perspective for the representation of Indiana students with similar backgrounds and needs. Furthermore, the values of hard work and perseverance ingrained in my Latinx culture push me to be resilient and always do my best. 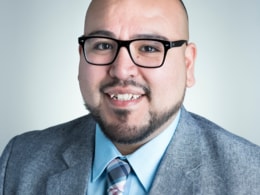 I am a second year MBA student graduating in May 2019. This past summer I was an intern with Whirlpool Corporation in their Human Resources Leadership Development Program working on a diversity and inclusion project.

During my internship in diversity and inclusion this past summer, I was proud to have used my cultural background and experience to guide many conversations around what it truly means to create an inclusive workplace. I could tap into my cultural identity and use my personal experiences to help create a diversity and inclusion strategy that was meaningful and lasting.

I received a full fellowship from the Consortium for Graduate Study in Management. The Consortium’s mission is to enhance diversity and inclusion in global business education and leadership by striving to reduce the significant under-representation of African Americans, Hispanic Americans, and Native Americans in business schools. 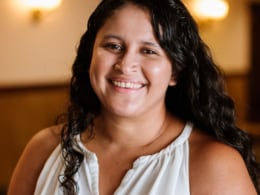 I am one of two academic coordinators for students in grades 9th through 11th. Through my role, I keep track of students grades, college choices and career options. I advise them and keep them on track throughout their high school journey.

My identity has influenced my perspective in the ways I talk to my students about continuing their education and making sure they are doing what they need to do become the first in their families to go to college. Growing up education was so important for my parents, what they instilled in me is what I have been able to pass along to my students.

I would suggest connecting with the Indiana Latino Institute—they offer different events and activities centered on moving Latinos forward in Indiana. 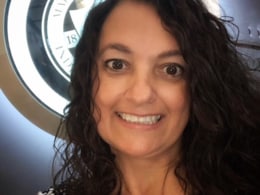 At Marian University, we are on a mission to create transformational leaders, and these leaders will help teach the generations of tomorrow. It is imperative to me to help facilitate the impact in our city’s classrooms. I am proud of the work that we do and the team that I am part of to help teacher candidates pursue their dreams to make a difference in the classroom.

As a first-generation college graduate, I can say that I am very proud of the journey that I made to obtain three degrees and working on my fourth as a Ph.D candidate.  There were times in the journey that I felt very inadequate to my peers and felt that I did not have the skill set to compete. At times I felt very lost and confused on how to navigate down the path of success.

I did have many supports at the higher education level with the generosity of my professors and advisors. It is essential to me to help other students and be that support system that allows them to navigate down their journey to fulfill their dreams of becoming a teacher.

The Indiana Latino Institute has a spectacular education summit to provide Latino high school students from across the city with valuable information on getting to and through college. It will be on November 13 at the JW Marriot and is a great place to volunteer. Reach out to them at (317) 472-1055, and you can find out information about the organization at www.indianalatinoinstitute.org.

La Plaza is a great organization to get involved in making a difference with other Latinos youth and families throughout the community. There are many opportunities to mentor a first-time college student on how to apply to college.

You cannot miss the Indiana Latino Expo, which is at the Indiana State Fairgrounds on October 13. It is a great way to learn a lot about the Latino Culture here in Indianapolis. Plus, you will not go away hungry. There will be some fantastic food and beautiful music to listen to throughout the day. 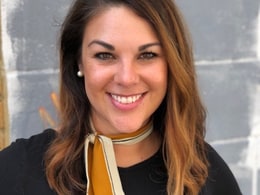 Currently, I work for the Center for Innovative Education Solutions (CIES). We are a nonprofit that was founded this year through the Mind Trust to help support schools with finance and operations. You can read more about CIES here and a recent article. I absolutely love my role in the organization! I am able to assist and support school leaders primarily in finance. I assist operations managers directly with Federal and State Compliance, audit preparation, helping schools set up procedures and guidance in areas they may still be navigating. I love that I can be a resource for schools when they feel like they have questions, but may feel uncomfortable asking OR don't really know WHO to ask. I am very passionate about helping them understand that it's okay not knowing, and it's all part of the learning curve.

My cultural identity has influenced my work because I understand the importance of advocating for minority students. It is important to support those schools that also recognize this need and be able to support those working on the front lines. I grew up like many of the students in the schools we serve. Cultural identity can be so many things and for me. It is understanding the connection between how I grew up and how I can now use those experiences to support school leaders infusing the same knowledge into their students.

I think it is very important to do your part in the community you are placed in. If that is your school, then focus on how your school needs help and support in this area. School leaders may need help with the simple things such as an on-site translator or translating documents for communications to families. Schools often have to spend money and resources on translations you are bilingual. Many times, we always want to "go big" when the greatest needs are right where we are. 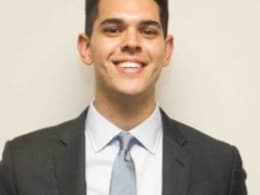 As Principal of Tindley Accelerated Schools’ K-5 Performing Arts School, Tindley Genesis Academy, I have the privilege of leading a team of talented staff and scholars to incredible academic gains through the skills and mindsets learned in the performing arts.

I was in fourth grade when my father told me to fill in the “White” bubble only on my library card application.

“I know Eddie. But you don’t look it so it’s just easier to fill in that bubble.”

He chuckled and squeezed my hand.  My younger sister, Stephanie, followed suit ran up to the counter to give the application to the librarian, while I sat in silence. How could my father denounce everything Grandpa Manuel and Grandma Toli taught us to be—a proud, Mexican family? We were willing to throw away our cultural identity because being white was “easier?” Both my father and grandmother explained to me that being Mexican in America came with a set of barriers to opportunities. As a young boy, I so desperately wanted to fit in with my white peers and the pressure of assimilation constantly left me in fear of being different.

Fear of difference was the reason my father and his siblings were called “Rain-gulls” at school instead of what our family name truly is – “Rawn-hels.” Fear of difference was the reason I called myself Eddie Rangel (rain-gull) until a student changed my life forever. I was teaching my first graders here in Indianapolis in 2012.  As I called on Maite, I pronounced her name the way her mother and father pronounced it— the way it is intended.

“Can you not call me that? That’s my Mexican name.” “Maite, isn’t that what your mom calls you? Isn’t that what people call you at home? I didn’t change your name, I just pronounced it the way it’s supposed to be pronounced. Your real name. May I still call you that?” She looked at me and said, “I guess so… then can I call you Mr. Rawn-hel? That’s your real name, isn’t it?” In a split second, I realized that I was perpetuating a system that was built to discourage diversity. As her teacher, I was failing Maite and all of my other students of seeing an adult who embraced his cultural identity.

My cultural identity as a bi-racial Mexican, White, gay male has proven difficult for me throughout my life, never feeling complete enough to belong in one space. Yet as I continue to explore how I benefit from white privilege as a person of color and how that impacts my work as a school leader for elementary students, I consistently revisit that experience in the Apple Valley library. I refuse to confine our students to bubbles. I have a responsibility to use my privilege to create access to rigorous educational opportunities for my students so that they too can begin forging their own paths; opportunities which embrace and affirm their cultural identity.

Our work calls us to use our collective power to illuminate, elevate, and empower the voices of our students who live in a world where their voices are silenced by fear of difference. I am proud to be part of a larger movement in Teach For America that is committed to ending the perpetuation of inequitable systems and values the power of our individual stories to create educational equity for all students.