Alumni Interview With Leslie A. Jones

Leslie A. Jones (Los Angeles '91), teacher of 27 years, is a mentor to students, a figurehead in the alumni community, and an advocate for equity in and out of the classroom. 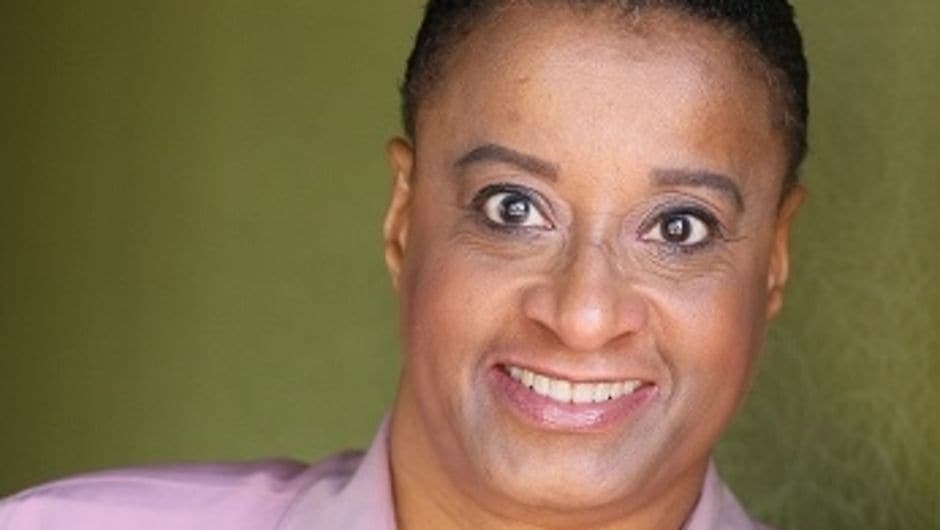 1. What made you choose to continue teaching after the Corps?

In 1991, the second Corps year of Teach For America, most of us did not think about anything else, other than staying in the classroom.  Of course, there were members of the 1991 Corps who left the classroom and either secured other school-based positions or left school buildings altogether, to pursue a variety of different interests; i.e. graduate school, private industry, government positions, non-profit organizations; etc.

For me, I did not have any thoughts one way or another.  I just wanted a good, stable paying job, where I could teach students Drama on a regular basis. Over the past  27 years, I have taught: Language Arts, Social Studies, Math, Religion, English, Drama, Theatre Practicum, Debate and Public Speaking.  Although, I did not get a chance to regularly teach high school Drama until 7 ½ years into my teaching career --- after spending 1 year in private Elementary School and 6 ½ years in private and public Middle School.

By the way, back then, someone doing their entire 2 year TFA commitment in Private School was unheard of.  I could not pass the Math portion of the California Basic Education Test (CBEST) at the time and could not teach in Public School.  I did pass the Math Portion, having already passed the Reading and Writing Portions, 2 ½ years into my teaching career and then jumped to Public School when fate stepped in to allow me to do so.

I had no intentions of staying in CA for 8 years (1991-1999) and teaching for those years, but I had nothing else to turn to.  When I decided to move back to the East Coast to be closer to my Family, I am originally from Pennsylvania, I applied for high school teaching positions in Virginia because teaching students Drama was still in my system.

2.  On days when teaching feels hard, what about your students or career helps you to continue?

I am not a quitter, giving up is not an option for me.  I am determined to walk away from teaching on my own terms.  When I am going through a tough time whether it be with Students, Parents, or Colleagues; I talk to the Lord first and pray to try to clear my head, talk to a trusted friend or family member next, then give myself a pep talk and get a good night’s sleep.

When I wake up in the morning, I put on some pump me up Music and tackle the next day refreshed, with a new spirit within me.

3.  Can you tell us one or two classroom memories that make you smile or make you proud?

Over the 27 years of teaching, if you really connect with your students and have a personal relationship with them, they will start to take on your personality.  They will say things to their classmates to peer discipline them before I can even open up my mouth to discipline them and they will use my words when disciplining their classmates.   Or they will get on their classmates to do independent work on an assignment, to use class time wisely so that I do not have to say a word about them not being on task. Or they will let their guards down and be the carefree performing artists I know they all are and sing, dance, and act in my classroom and not have a care in the world.  We sit back and laugh at each other when those times occur because at that point, I know I have done my job. Whether it is an English 12, Debate, Drama, Public Speaking, Study Hall or Theatre Practicum class, I have gotten the students to loosen up, be themselves and feel safe, respected and appreciated for who they really are inside of my classroom.

I have mentored Males of Color my entire teaching career, but especially African American Males.  Because of my love of sports, I am a Steelers, Phillies, Flyers, and Sixers fan and I graduated from Penn State, the Male students in my classes naturally gravitate towards me because of our common interest in Sports.

Since 2008, I am a “School mother” to eight outstanding African American Males, who are all Athletes and hold Virginia State Championships in their chosen Sport --- seven of them played Boys Basketball and one ran Track.  Their age range is 29 years of age to 20 years of age. Five of these young Males have BA or BS Degrees, one Male will finish up with his BA or BS Degree soon and two Males have gone on to Graduate School. Two Males have had an Overseas Professional  Basketball Career and One Male is currently a Professional Track and Field Athlete. What all of these eight African American Males have in common is their determination and drive to make it in school, in their chosen professions, and in life. I am extremely proud of each and every one of them.  I have a unique relationship with each of them. I am extremely grateful and humbled that my “Sons” have let me into their lives to continue to be their School Mother and to continue to mentor them as they continue their passageway through Manhood.

By the way, my Sons set the criteria for entrance into this Family, which we are a Family.  You had to have me as a Teacher (7 out of 8 of them were my students), you had to have won a State Championship and you have to be an upstanding citizen in school, at home and in the community.  We started with 6, then went to 7 and now we are 8 African American Males strong!!

4.  How has your experience with TFA informed your beliefs about education equity and the way you teach?

Teach For America, Leadership for Educational Equity and my Labor Union, have been instrumental and a guiding source for me, pertaining to my continued no-nonsense approach to education equity for all of the students that I teach.  I have met some outstanding and truly awesome people in my 27 years of being a member of TFA. These beautiful people, from all walks of life, have educated, coached and mentored me to help me better understand what education equity is all about and what I have to do to make sure that I demand education equity for all of my students.

I would not be the person I am today without being involved with TFA,  LEE and my Labor Union.

5.  As a 1990's Alum you continue to be connected to the TFA community and Alum network, why is that?

As an African American Female, I have had an interesting relationship with TFA over the course of my 27 years affiliated with Teach For America.

Not too long after arriving back on the East Coast, I attended the TFA 15th Anniversary Reunion in New York and then subsequently the 20th and 25th Anniversary Reunions in Washington, D.C.  You may want to know why. It is actually quite simple. I helped to build this Company called Teach For America. It is my duty and my obligation as an African American Female to make sure that Teach For America is still around and accepting applications from potential Corps Members, 28 years from today. In particular, accepting applications from potential Corps Members that are People of Color.

6.  What is your professional advice for a recent (past two years) Alumni?

If teaching is your passion, stay in it for at least ten years.  You don’t even become a great Teacher until you have been in teaching long enough to see one good cycle occur.  This means, whatever is the newest and latest thing in Public School Education today, will be thrown out a few years from now.  It will definitely resurface ten years later with some new bells and whistles attached to it, including technology, and then presented as something new.  However, you will know that it is not new, because you have seen it before. LOL

In the meantime, over the course of these ten plus years, you as a Teacher will grow in your Professional and Personal life and there is nothing like it.  Hopefully, you will have the honor of seeing some of your former students graduate from high school and go on to bigger and better things in their lives. When these students come back and thank you and also apologize on how they may have treated you, it makes you want to cry.  When after they say your name, before you can even respond to them, they cannot wait to tell you what they are doing now with their lives, then you know without a shadow of a doubt, that you made a difference in those students’ lives over the course of your career.

7.  What have your students done for Black History Month?

My Intermediate/Advanced Drama Students since early December through this past Wednesday, February 28th, have been preparing, rehearsing and performing two entirely different plays.

On February 20th, my students performed a 25-minute play for a Secondary Shakespeare Festival.  The play is titled, HERstory with Shakespeare:  Othello, As You Like It, Twelfth Night, The Merchant of Venice and A Midsummer Night’s Dream.  The play celebrated some of the strong women characters in Shakespeare’s plays.  This play was directed and stage-managed by two Female Students in the class.

For Black History Month, on February 22nd, 27th and 28th, the Drama Students performed a 15-20 minute version of the play, “Four Little Girls:   Birmingham 1963” which is about the 16th Street Baptist Church bombing in Birmingham, Alabama. I directed this play. After the February 27th and 28th performances, the Cast of the show had a TalkBack Discussion with the Students and the Adults in the audience about the play and beyond the scope of the play.  The dialogue between my Drama Students and their two different Audiences were awesome, eye-opening and extremely powerful!!

We are now in the middle of planning our Cast Party to celebrate all of the hard work and dedication they put forth towards each of these projects!!

I am currently debriefing with the other four classes that I teach:  English 12, two Debate sections and Public Speaking. Each of these classes, were in the audience for a different Black History Month Lecture Series Session, that had different Guest Speakers come and talk to the students on a variety of relevant topics pertaining to African Americans.  The dialogue between the Guest Speakers and the Audiences were jaw-dropping, these Sessions were spectacular.

However, I personally liked the Cast and Audience TalkBack Discussions the best.  The astounding and profound dialogue that happened between my school’s diverse Student Body was a beautiful sight to see.  Under different circumstances, these Students might not have taken it upon themselves to have this type of dialogue with each other. I am so glad that this occurred.

I have to give kudos to my Colleague, the Chairperson of our Black History Month Committee, who suggested he and I do this.  He was a member of one of my Panels, that I had for two plays I directed, that had TalkBack Discussions after performances of the plays:  The Laramie Project and Twilight:  Los Angeles, 1992.