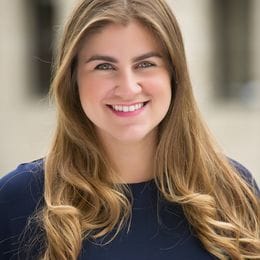 “TFA gave me the space and context to figure out exactly what role I wanted to play in the fight for educational equity.”

Why did you join TFA? “While in college, I was sitting on my bed, filling out applications for jobs abroad and live-streaming CNN when a Breaking News update caught my attention. The anchor’s voice had shifted, and I looked up to see the breakfast patio at the high school I attended. The anchor announced that a 17 year old student had been stabbed and killed at 7 a.m. on campus.  He had arrived three months prior from Cuba. This was a very emotional moment. I come from a big Cuban family, and remember thinking that this could have been any of my cousins, who had also recently arrived from Cuba and were attending public schools like my alma mater. I was literally sitting in an ivory tower at my college, and I felt so privileged to be at such a great school – but also too far from the community that had given me access to a great education. I was no longer interested in going abroad; I wanted to teach here, at home, and I wanted to be doing the work as soon as possible. TFA offered that immediacy and impact.”

Favorite TFA Memory? “In my second month of teaching, a student named Christian punched me in the face. I taught 2nd grade, so he was pretty small, but it was still a shock. I had no idea what to do, and remember calling the office and explaining what had happened. Christian received a big consequence, and part of the restorative process entailed him and me spending more time together. We had one-on-one lunch at least once a week. I visited his home and got to know the person behind the anger. By the end of the year, Christian and I were very close, and I had learned a lot about him and his family. I even went on to teach his younger sister, Ashley! He and his family are very dear to me now; I believe it was this first incident that allowed me to recognize that our toughest kids can oftentimes be the most special to you.”

How has TFA impacted you? “TFA gave me the context and skills to make real change. My experience as a corps member, and now as an alumna, has given me exposure to so much – from teaching synonyms in Spanish to influencing policy outcomes in the legislature. I’ve participated in dozens of traditional Mexican baptisms and I’ve led campaigns for multiple local school board elections. TFA gave me the space and context to figure out exactly what role I wanted to play in the fight for educational equity. I am now a community organizer, working with parents around education issues – a perfect balance of systemic level change while standing with the people.”