A Voting Simulation in Your Classroom: Steal This

How one teacher staged a voting simulation in her classroom to empower her students as future voters. 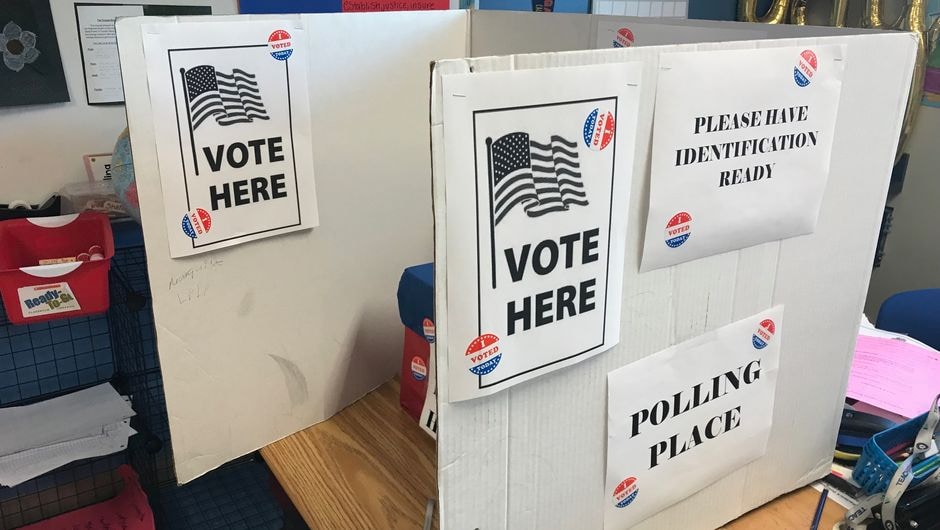 This story is part of a monthly feature called Steal This. Every month, we will highlight creative classroom projects that can be easily replicated by other teachers without special training or budget. Last month we shared how one teacher designed a peer education program that brought students, parents, and an entire school together. Got a project you’d like to see covered in Steal This? Let us know about it.

Carly Priest is passionate about helping students advocate for themselves. She is currently a second-year corps member and teaches fourth and fifth grade at Frederick Douglas Elementary in Miami, Florida.

As the midterm elections approached last year, Carly knew the moment presented a critical learning opportunity for students. She wanted her students to not only understand how our government works, but to also see their role in the process.

So, Carly decided to hold a mock election and let her students experience the voting process firsthand.

Read on to learn how you can steal this idea for your classroom.

Setting Up the Voting Simulation

During the weeks preceding the 2018 midterm elections, Carly’s students were hearing about the election and started asking questions. Carly wanted to integrate a civics lesson in her classroom, but she knew it needed to be engaging. Then during her lunch break, she got the idea to set up a voting simulation in her classroom.

Carly dug out a cardboard box from the recycling bin in the copy room and found a large tri-fold cardboard divider in the library. She salvaged some leftover tissue paper from a previous class project and stapled it to the box to make her booth. She then designed simple ballots and directional signs for each voting district.

Aside from the $9 roll of “I Voted” stickers she purchased from Amazon, everything else was made from easy-to-source, free materials. 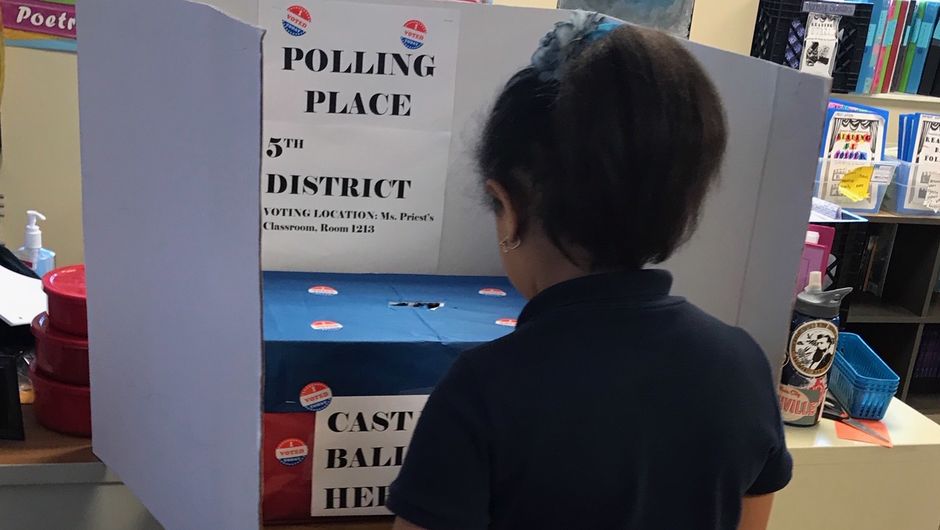 A student casts her vote in Carly's classroom.

Carly tied the voting simulation to a writing lesson on using different sources of information to form opinions. In preparation for voting, students discussed the issues in class and weighed differing views. They also wrote their reflections about whether voting is an important part of our democracy and why.

In order to make the voting process fun and engaging, Carly introduced ballot initiatives that were intentionally playful. Her class voted on whether to add a sixth day of school to the week and amending the classroom bylaws to require students to complete their late homework during P.E. class.

After students cast their votes, they each received an “I Voted” sticker.

“My thought was that they would then go out into the neighborhood wearing their stickers, feeling proud, showing the community that they are taking part in an important part of our democracy,” Carly says. 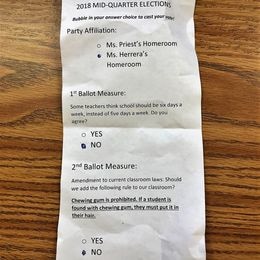 Carly's students voted on amendments to the classroom bylaws.

Carly says that her students did feel proud. They found the lesson engaging and eye-opening as well. They realized how important it is to be informed about the issues they are voting on before they enter the booth, and how their decisions can impact their community. The voting simulation also brought up class discussions about rules, and why they are important for keeping everyone safe.

“I was impressed by my students’ ability to think maturely about what we do in our classroom, and how that impacts the greater good,” Carly says.

The voting simulation took place on the same day Florida's voters cast their ballots. She says students came into class the next day buzzing with questions about what they heard from their parents and on TV. Some students felt frustrated with the outcome of the election, which led to fruitful discussions about increasing voter turnout and ways to remove barriers to voting.

Carly says the voting simulation helped students begin to break down some of the common obstacles that can hinder people from voting, such as knowing how to register to vote, finding voting information in other languages, and bringing identification to the polling place in order to be eligible to vote.

Carly is teaching fourth grade this year and plans to hold a voting simulation again this fall. One thing she wants to do differently is to incorporate more Florida history into the lesson. She’s already begun curating a collection of articles to help her students build deeper context around historical events and why local civic engagement matters.

This time around she’s also going to add an additional activity where students register to vote so that they start building awareness about all the steps they will take as voters.

“The number-one way to disenfranchise someone is by not explaining their roles and responsibilities in the government or even how that government works,” Carly says. “I want my students to understand the system, end to end.”

Did you steal this project for your classroom and get students’ published? Let us know.