A Good Leader Will Change Mindsets 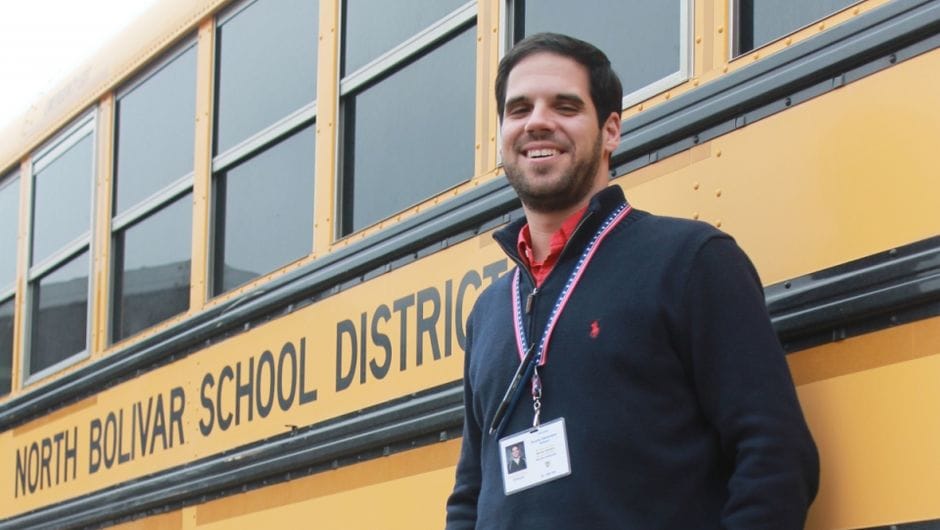 At the end of the first day of the 2012-2013 school year, Cody Shumaker stood outside Duncan Elementary School, watching the buses depart, and then took a big, deep breath.

“It was probably my first breath of the day,” Shumaker recalls. His first day as a principal was the most nerve-wracking he’d ever had. He was 25 years old, with only three years of teaching experience—and was suddenly responsible for 250 elementary students.

“That was my school, that was my responsibility,” he says. “You won’t hear me say ‘me’ or ‘I’ often—but in that situation, I will.”

Another four years later, and Shumaker is still at the helm of an elementary school. Last month, he was named the Cleveland (Miss.) School District Administrator of the Year for his work at Parks Elementary School. Shumaker has led the school for three years; last year, it was the highest-performing traditional elementary school in the district.

“At the heart of a good school, you’ve got to build a culture that believes in students,” Shumaker says. “A culture that believes that all students can succeed.” That, he’s found, is not a universal mindset. “But a good leader will change that mindset. I don’t think the numbers we got could have happened if we hadn’t changed how people thought about the school.”

So what, specifically, makes a good leader? If Shumaker is any indication, it’s simply building a strong team—and deferring to them.

“The pieces were there when I got there,” he says. “I just needed to bring them together.”

Shumaker considers his teachers the experts. “I just kind of set back and orchestrate,” he says, waving his hands like a conductor, “and let them do the best they can.”

Shumaker decided to become a principal in his second year in the classroom, when he saw the power of strong leadership. After teaching three years, he took a sabbatical to attend the Principal Corps at the University of Mississippi.

He learned plenty there—perhaps most of all to never stop learning.

When that first nerve-wracking day was over, he says, he was happy. “It was good, it was done,” he says. But he saw immediately things that could be improved: his roll call at the beginning of the day, for example, in retrospect seemed terribly inefficient. “It was the first day, and it was the day we started growing,” he says.