5 Reasons to Teach in Indianapolis

Since 2008, Teach For America has been an essential source of student-centered, culturally conscious leadership talent for growing education progress in the Indianapolis community. 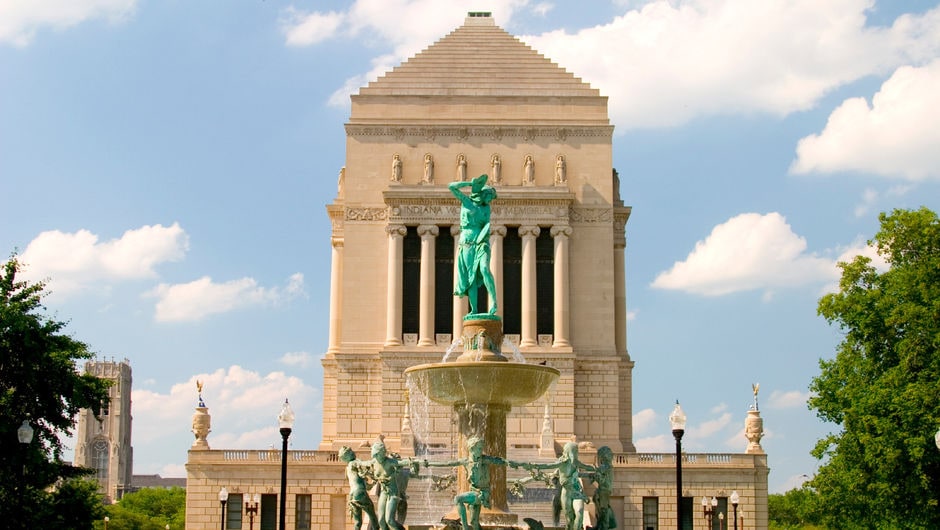 Teach For America’s roots in Indianapolis run deep. Today, a network of more than 700 corps members and alumni serve this region, and they are among the region’s most sought-after educators. The former principal at Paramount School of Excellence Brookside, the highest-performing open-enrollment school in Indianapolis, cited TFA as by far the strongest source of top-flight teaching and school leadership talent at his school.

By teaching in Indy, you’ll become part of this extraordinary educational team. Here are a few more things that go along with the territory:

You’ll Get the Chance to Make a Long-Term Impact

Thanks to the corps’ established presence in Indy, many TFA alumni have stepped up into leadership roles, especially in the education community. Now, they’re working together to make a long-term difference for Indy’s students.

Those alumni include Jason Kloth, who served as the city’s first deputy mayor of education. Three of the charter school directors who’ve led the mayor’s Office of Education Innovation, including its current director, are TFA alumni. Collectively, those three directors have doubled the size of the charter sector in Indianapolis, while being awarded the highest rating in the country as a school authorizer.

In the legislative realm, a group of TFA alums supported the authorship and passage of Innovation Network School Law and won $55 million for expanded access to pre-kindergarten for low-income families. Indiana’s new Graduation Pathways policy, which raises the bar for high school graduation and expands career pathway planning for marginalized students, is also the brainchild of a TFA Indy alum.

These are only a few examples of TFA Indy’s long-term success stories.

Your Leaders Will Be on Your Side

TFA corps members and alumni trust and respect each other implicitly. This bond extends to the people in major leadership roles. They know what it’s like to be in corps members’ shoes as a teacher, so they listen—really listen—to teachers. They’re responsive to what corps members say they need based on their everyday proximity to students. This relationship makes it possible for corps members to make changes quickly, in time for today’s students to see the benefits.

“During your corps experience in Indy, you will have the opportunity to learn from and build real close relationships with leaders across this city,” says JuDonne Hemingway (Indy ’11), managing director of corps member development. “As a part of this learning, you get clarity about the role you want to play in the greater movement for equity. Not only do you get clear on this for yourself, but you get connected to a broad and diverse coalition of people who have power, influence, and relationships in the city. They can help plug you in where your leadership matters most.”

You’ll Be in a City That Loves to Come Together

Nationwide, Indianapolis is known for its deeply collaborative culture. The city itself is a kind of community endeavor, where different sectors work together in close partnership to realize their shared vision of a more vibrant city.

Thanks to community teamwork, Indy is home to the biggest children’s museum in the world, with hundreds of public art displays. It’s also a hotbed of social impact projects with corporate support. Young leaders find that the city welcomes them with this distinctive relational culture.

“I really appreciated seeing the partnerships between charter and public schools,” Marie Dandie (Greater Chicago-Northwest Indiana ’13) says. “Indy has created an ecosystem where we can communicate down the street to other charters serving the same community. I appreciate the community effort in educating kids.”

Indianapolis is a city that promotes health and offers outside-the-box opportunities to stay active. Those include initiatives like Nine13Sports—an innovative health and fitness nonprofit where cycling meets technology. Keep Indianapolis Beautiful is another great organization that brings people together around urban naturalism, community forestry, habitat restoration, and more.

“At any point in time, Indy offers cultural and physical activities that help you stay fresh,” Curt Reigelsperger (Indy ’15) says. “I’ve been able to stay busy—acroyoga, volleyball, disc golf … so many exciting opportunities.”

You’ll Make a Lasting Impact on Your Students

One of the most profound aspects of joining the corps, according to many of our members, is the chance to listen to students and learn about their backgrounds.

“There was a student l had who had a really difficult home life—one of her family members had been incarcerated,” Morgan Cooksey (Indy ’15) says. “I realized my room was one of the few places she felt safe. I still think about her every day.”

In Indianapolis and nationwide, there’s a common thread among TFA corps members: They do great things and, whether they remain lifelong teachers or go on to become school leaders, lawyers, executives, or community leaders, they make an indelible impact. Today, thanks to years of coordinated work and our strong alumni community, TFA’s commitment to educational equity can be seen at all levels of schools and government.

If you’re committed to educational equity, too, there’s no better place for you than on our team. Learn more about Teach For America Indianapolis, and apply here to be a teacher in the TFA corps.