Teach For America’s summer institute: Loved by some, feared by many, forgotten by no one. 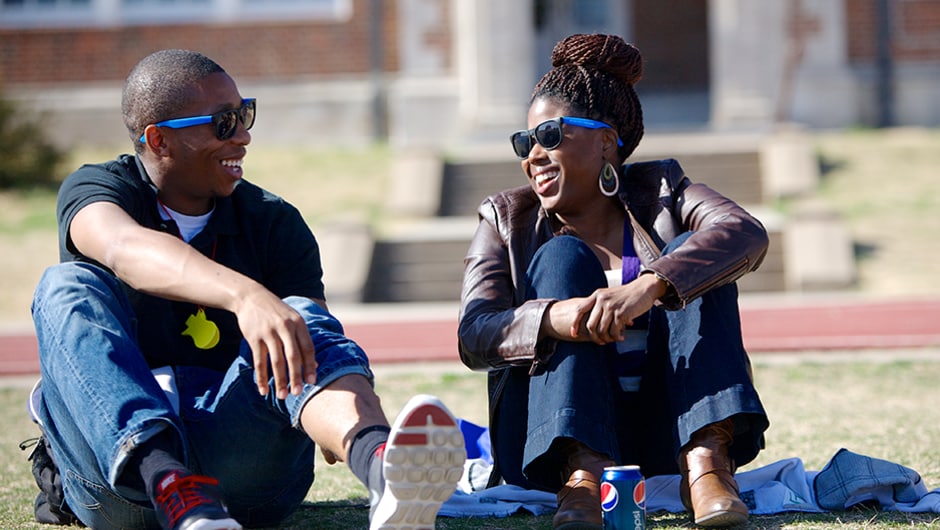 Whether your summer training is now nearly 30 years in the past or still very fresh in your mind, it’s an experience that has come to unite the TFA network. In recent years, summer training has changed a lot. Becoming more regionalized and with an increased focus on building thriving local corps member communities, many new traditions and processes have emerged. With this evolution, it’s the perfect time to look back at the moments and artifacts that previously defined the experience.

Going to school for the very first time as a teacher, and you’re riding in a school bus? The chosen method of transportation at summer institute is full of irony. But whether you loved it or hated it, there was really no other way to get there. You usually arrived on time, sometimes sweating through your business professional wear, and almost always car sick, but ready to get to work with your students all the same. The naps on the ride home were always a reminder of why driving yourself to work is so overrated.

Regional pride is something that starts on day one at summer training. Beginning at opening ceremonies, and only gaining volume and fervor in the subsequent five weeks, regional cheers are part of that TFA juice that’s served daily. “B-More, Hard Corps,” anyone?

Institute really should come with its own dictionary. You may not remember what they stand for now, but at one time, institute acronyms were part of your daily lexicon. You had a PD session with your CMA about using more TAL in your LPs so SWBAT achieve more sig gains. Right?

For corps members from the 1990s and early 2000s, you can’t forget the box of training materials and readings that arrived at your door a month before summer training, full of color-coded pre-work. Ms. Lora’s story is imprinted in your minds as you work to make sense of the roles and responsibilities that await you in your future classroom. Over the past decade, pre-work has gone digital, evolving in million of Google docs, making those spiral bound booklets true relics of the past.

So many t-shirts. From regional affiliation to school site pride to TFA Day swag, you probably acquired a few over- or under-sized shirts to wear at All Corps Events for the next two years. See CMs repping this year’s design.

Nobody ever forgets their first time. It probably took you eight hours to write, was six pages long and incorrectly formatted, and came with four rounds of revision from your CMA. But over the next few weeks, you’re able to refine your technique and knock ‘em out in four hours, with just two rounds of revisions. For some, the memory of late hours in the dorm computer center, using up your printing allocation to make this masterpiece possible, is a time you’d much rather forget. But the reward in collecting students’ exit tickets after executing that first plan was a feeling that could not be matched.

7. MEET YOUR FIRST CLASS OF STUDENTS

That first instructional day, when bright-eyed students walked into your classroom and called you “Mister” or “Miss” for the first time, you knew your life would never be the same. You had practiced your hello greeting in the mirror and had that first lesson plan memorized line-by-line, but upon looking out at the classroom of kids, you were momentarily speechless. Over the next few weeks, there would be countless positive affirmations and high-fives, but also marks added to the behavior tracker and calls home. Through it all, you became a teacher, and started down a path of changing lives.

There was nothing better than digging into that insulated lunch box when you arrived at your school site. Turkey sandwich! Fritos! Maybe a chocolate chip cookie! The joy was only slightly muffled when you found yourself demolishing your entire pre-packed lunch by 9:30 a.m. As lunch options have expanded to vegan, gluten-free, nut-free, and more over the years, packing up your TFA lunchbox before heading off to school for the day is a ritual that stands. And the days when the peaches are ripe and you’re accidentally given two sandwiches are still the very best.

It’s become a mantra in many schools, chanted by classrooms of kids as a motivator to get to work. At institute, it was a used in training sessions to inspire you to infuse joy in your classroom and emphasize the Teaching as Leadership (TAL) framework. Over the years, TAL has developed tremendously, and we hear that “Work Hard, Get Smart” has been retired at many institutes. Listen to the chant in case you’ve forgotten or missed out.

Alums from TFA’s earlier years will not forget the iconic marble composition notebooks at closing events. Wrapping up your multi-week stay at institute, with your new home and future classroom on the horizon, while listening to fellow corps members reflect on the summer’s highs and lows, was a guaranteed finger-snapper. While the emotional performance has been retired in recent years—and “closing ceremonies” has been reimagined—the (at times awkward) readings brought home the success, failure, exhaustion, and unbelievable excitement everyone felt. Watch a few notable alumni reenact the diary readings at our 25th anniversary summit in 2016.

Was it a bed or was it a couch? Both! It was a bouch, and that’s what you slept on at University of Houston’s Moody Towers. Houston has been one of TFA’s longest-running institute locations, hosting thousands of incoming corps members since the 1990s. Your sheets never quite fit, but your real bed feels like an absolute luxury for the next two years as a corps member.

It’s a dry heat. But for a first-timer to the southwest in the summer, travelling hours to attend training on Arizona State University’s campus, that doesn’t matter. Your face singes as you walk outside. The illustrious campus swimming pools become boiling hot tubs. And walking the 500 feet to eat in the dining hall becomes a death march through the Sahara.