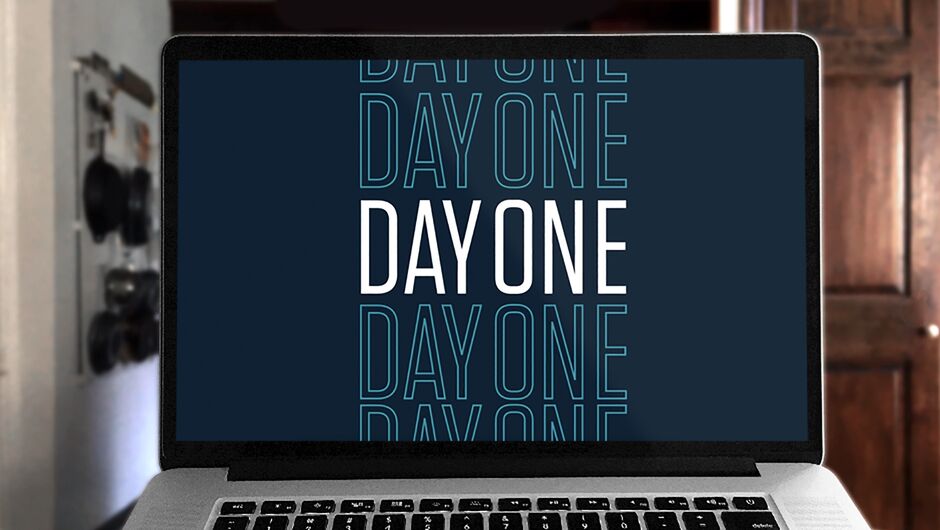 This year, more than 3,000 incoming Teach For America corps members came together to participate in TFA’s first-ever Virtual Summer Teacher Training. Teacher training at TFA is a special time and place where incoming corps members forge friendships that can last a lifetime. And although this year's 2020 corps were logging in remotely, it still did not stop them from connecting, sharing goals and commonalities, and most importantly, forming bonds. 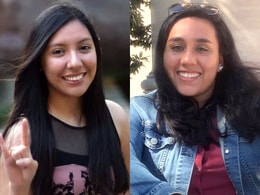 (From left to right) Kenia Becerra and Reyna Trujillo.

Reyna: Kenia and I were both accepted to TFA around the same time. She was the first person that reached out to me from the Rio Grande Valley—the region we're teaching in.

Kenia: On Facebook, Reyna wrote how she lived far from the Rio Grande Valley and wanted to know a little more about the region. I was like, "Well, hello, I'm from the RGV. I can answer any questions that you have about the community." After that, I would start to text her like, "Hey, have you done this? Did you get an email about this?"

Kenia: With virtual training, I am someone who can get overwhelmed when things are thrown at me. Reyna is a kind of support system for me that way. After virtual training, we would go our separate ways for a bit. Then at night, we would come together to work, talk about the items that we had due, but also talk about our personal lives and really getting to know each other.

Reyna: Although it was an online virtual experience, the community was still there. I felt like it was a very open-minded, welcoming environment where I didn't feel judged. I could ask as many questions as I needed or reach out for help, which can be hard for me. One of my strongest support systems was Kenia. Once the work started to get heavy, we decided to hold each other accountable. We'd Zoom call for a couple of hours, we would act like each other's students and pretend to have an audience, which helped us gain more confidence in our teaching.

Kenia: I was surprised at how well our personalities just clicked. We're both a little mixed between introverted and extroverted. I think Reyna's a bit more extroverted than I am. We're also both Hispanic and we both know about Mexico. I think that's something that really helped us bond. I would tell her, "Once you come here I'm going to show you the food that we have in the Valley and we're going to go get tacos, and this and that." That was very fun—we also realized that our boyfriends even share the same name, which we thought was hilarious.

Reyna: A huge thing I value about Kenia is she already has her teaching certificate. So she already has experience with student teaching and lesson planning. After Institute, I feel a lot more confident and secure with who I am and what I can bring to the classroom, but I'm still nervous. Kenia and I actually plan on working on lesson plans together, and her affirmations help me ease my mind. Because of this, I'm coming into the classroom with optimism, hope, and motivation, especially after learning what I learned through Institute. I know I can carry all these values with me and transcend them into the classroom. 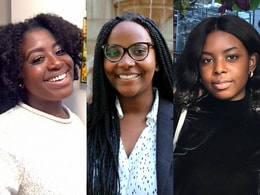 Benedicta: I had a mix of emotions heading into training, definitely excited, but also really nervous because it's my first time teaching and being in the classroom, so I was looking forward to seeing how the shift would be made from in-person to online training.

Aliyah: Similarly, I was on the fence, too. I knew I was excited about the content, but I was also very nervous about getting to know people just because I am an introvert, and wasn't sure how we were going to build community.

Benedicta: When we did introductions, Aliyah mentioned that she was from the Bronx. I spent some of my childhood growing up there so I immediately messaged her. I got her number, and then we FaceTimed, and then she added Dez to our calls, and we all started debriefing after sessions and getting to know each other. It's been really great.

Dezirae: When Aliyah first messaged me, and we had our first FaceTime, I was like, "Okay, this is going to be a good summer." Just having a support system here to explain things to me or if I have a question. A lot of my nervousness went away.

Aliyah: Having friends I can go to, and debrief after sessions kept me sane and just provided comfort. Sessions could be jam-packed from morning to evening; there wasn't really enough space to unpack everything. Just knowing I made friends with Benny and Dez, and we could hop on FaceTime was helpful.

Benedicta: We were always in sync. It was also nice to have other Black women to talk with, get to know, build community with, and be each other's confidants.

Dezirae: Oh, my goodness, Benny, you hit the nail on the head. Everyone always went out of their way to make sure they saw the other side of things. The level of empathy is just unmatched. You don't meet a lot of people who are just genuinely kind-hearted and care about what they do.

Aliyah: It's reassuring to know you're not alone. I fed off of their energy and their courage. I tend to overthink, but this summer, I felt because I had confidants and people who validated how I was feeling, it gave me the courage to speak up without second-guessing. It was a different type of energy that I really appreciated.

Dezirae: I was going to say, I'm so grateful to have them too. I'm still very nervous, but knowing I have two other people who are in the same position as I am, is already so helpful. I know that I'll be okay and my students will be okay. Yes, there’s nerves but I think this experience showed me that hopefully when I go into whatever school I'm at, that I'll find more people like Aliyah and Benny in this field and have that same amount of support and building community.

Benedicta:  The relationship that I've been able to build with Dez and Aliyah makes me excited. None of us have met in person yet. There are still layers to our relationship that we haven't even peeled through yet. I'm excited to see them in D.C. soon and get to know everyone even better. I'm also excited to build community with my future staff and get into the classroom. I'm nervous, but when self-doubt and the nerves kick in, they’re like, "You got this, everything's going to be good." That's just really nice to have, especially going into this as a first-year new teacher.

Aliyah: I moved in last week. I live in Maryland, actually, right at the border, so I'm here.

Benedicta: I just moved and I’m now going through the motions of unpacking and getting acclimated to the area. Once that's all settled, and everybody gets here, then we're definitely going to link up.

Dezirae: Oh, yes. I'm planning on moving the second week of August before sure. I want to give them some housewarming gifts.