The city of Arcadia, located in western Wisconsin near the Minnesota border, is that rare rural place: a town that’s growing. It’s home to large employers Pilgrim’s Pride, a poultry rendering plant, and Ashley Furniture Industries.

More than a third of Arcadia’s 3,000 residents (and almost three-fourths of public school students) are Latinx, with roots in countries including Honduras and Guatemala.

Four years ago, the predominantly white administrators and teachers in the Arcadia School District began what Superintendent Lance Bagstad called a “conscious effort” to create a bicultural and bilingual learning environment. Efforts to evolve their approach to teaching history started with one class at Arcadia High School. The social studies department chair there, Danielle Wais, said, “I was looking at history that would align with student interests, but also cover a more diverse history that looked at Black history, Latino history, LGBTQ+ history.”

Arcadia has since incorporated a class in Latin American history and a general approach to curriculum that avoids what Bagstad calls “making it a completely Eurocentric viewpoint.” Teachers are trying to ensure “that our courses don’t make it feel like we’re trying to, quote-unquote, Americanize our immigrant families.”

Generations of American students have grown up absorbing a Eurocentric version of American history, encapsulated in a myth (Christopher Columbus “discovered” America) that every kindergartener once learned. Arcadia is one thread in a nationwide patchwork of educators, historians, colleges and organizations, many of whom have been trying for decades to lead a more inclusive, accurate, and empowering exploration of history by creating and curating curricula and lesson plans.

Recent years, and especially months, have seen a doubling down of calls for more such efforts, not without political pushback and debate among historians.

It all raises a question: Is this reckoning with history a response to a moment, or a shift that will see a preponderance of students grappling with complex narratives filtered through multiple points of view?  Will social studies evolve through a combination of public pressure and broad, digital access to diverse, curated curricula and more primary sources than were available to teachers who depended mostly on textbooks?

If so, how long will it be before students emerge from K-12 schools with a fundamentally different understanding of America’s complicated history than their parents carry?

A series of interviews with history teachers and shapers of curriculum suggest the following: changing the common national narrative could take a generation, until students who were not steeped in the Columbus myth become teachers themselves. While the current push is strong, sustaining it will require schools of education to prepare history teachers differently than many now do. And long-term change depends on white parents and educators becoming allies in the push for this evolution, alongside Black, Indigenous, and people of color.

“This is a major shift in history and social studies education.”

What Do Social Studies Teachers Think?

Shannon Pugh started teaching history 26 years ago as a Teach For America corps member in rural Mississippi. Now the manager of assessments for Anne Arundel County Public Schools in Maryland, she’s in line to become the president of the National Council for the Social Studies (NCSS) next year.

Pugh says the normal review cycle for curriculum tends to be eight-to-ten years, and within those cycles she’s seen interest in inclusivity rise and fall. “I think part of it is just this natural self-reflection that I think that we do every generation as educators,” she said. “But what is happening right now feels a little different.”

In the future, she sees students learning history that is “richer, much more reflective and inclusive of the experiences and voices and stories (of people) than we've seen in a long time.”

“I see a lot more teachers using primary sources from more diverse experiences,” Pugh said. “Instead of teaching content and then saying, ‘Now let’s look at the primary sources that support this narrative,’ more teachers are starting with diverse historical evidence and documents and then asking students to construct the narrative. This is a major shift in history and social studies education.”

Pugh believes it could take at least a generation to change the stories Americans tell about themselves. “Like too much of teaching, a child’s experiences depend on the teacher and school. In classrooms and schools where diversity, inclusion, and an approach to building knowledge is centered in inquiry and exploration of perspectives and experiences, then those students are going to have a different experience with American history than others,” Pugh said.

“But we know from education research that teachers often teach a subject in the same way that they were taught that subject as students.” Before widespread change takes hold, “We will need enough students to learn history in a different and more inclusive way to then enter the teaching profession."

The NCSS had an immediate response when a campaigning President Donald Trump called for schools to reject teaching The 1619 Project, which he called “unpatriotic.” The Pulitzer Center created a curriculum based on that New York Times publication that “aims to reframe the country’s history by placing the consequences of slavery and the contributions of Black Americans at the very center of our national narrative.” 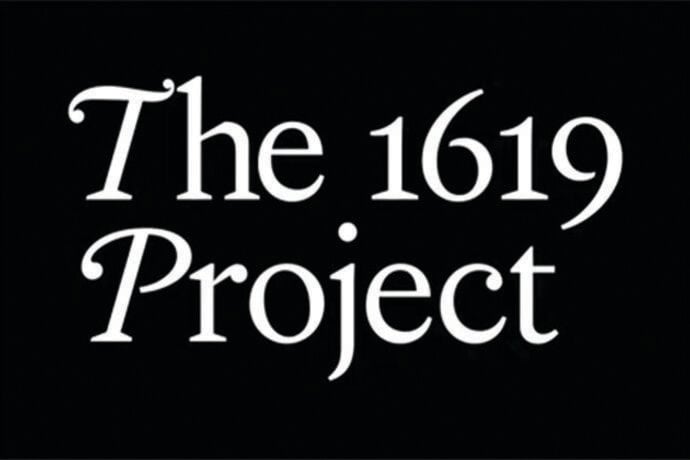 As of summer, more than 4,000 schools had accessed the curriculum of The 1619 Project through the Pulitzer Center.

When Trump spoke out against it, the NCSS responded in a statement, “We stand with all the schools, school districts, and teachers who use resources like the 1619 Project to accurately depict the history of slavery in the United States, broaden the horizons of their students, and prepare citizens for a just, democratic society.”

Demetrius Hobson (Chi-NWI ’02) created the website Liberate History after trying on his own, as a corps member teaching at Charles R. Henderson Elementary in West Englewood, Chicago, to supplement his lessons with articles and research by Black scholars that he found in books or on the internet.

“There's a time tax that inclusive educators pay to complement and supplement the curriculum,” Hobson said. On his site, Hobson curates high-quality teaching materials by educators, for educators, on African American history.

“There's a time tax that inclusive educators pay to complement and supplement the curriculum.”

The state of Texas gives districts the option of teaching Mexican American and African American studies courses, but a history text specific to the Rio Grande Valley does not exist, said Maritza De La Trinidad, associate professor of Mexican American Studies at UTRGV and the project director for Historias Americanas. The Valley covers more than 4,000 square miles. Its history includes the settlement of the Rio Grande Delta by Indigenous people, colonization by Spain, the Mexican American war and Mexican revolution. Yet De La Trinidad hears from students who are taking the course in Brownsville and Edinburg schools that “we live in the Valley and we don't know anything about our own history.”

Other places have mandated the teaching of a more inclusive history, but that doesn’t mean it happens. In 2015, the state legislature in Washington decreed that all districts had to teach either tribally-developed curriculum or the course “Since Time Immemorial: Tribal Sovereignty in Washington State.” While pursuing her master’s degree at the University of Washington, Lindsey Hand (Washington ’17) looked at the struggles teachers have in meeting that mandate.

She was motivated by her own experience as a teacher at Chief Kamiakin Elementary School in the rural school district of Sunnyside, Washington. The school did not include social studies in its curriculum, Hand said. And the way classes were structured, she struggled to find time to incorporate it.

“We have a legal mandate (to teach) this awesome curriculum that really centers Indigenous peoples within the story of Washington, and within the colonization story of the United States,” Hand said. “I just kept finding roadblocks and was like, ‘Why can't I use this? I believe in it.’ I think that was a big part of why I wanted to study it and see how other teachers were adopting it.”

The state legislature made no provision to track whether or where the curriculum is being taught. Hand said one of her findings is that teachers, like parents and community members, have power to push for changes (like closing that loophole).

Pugh agrees. “There is a strength in numbers,” she said, “and it builds a sense of urgency.”