We owe it to the next generation to disrupt the false narratives about our country’s past. “Mr. Hobson, how could Thomas Jefferson write that ‘all men are created equal’ while at the same time owning over 600 enslaved Africans? I mean, don’t that make him a hypocrite!?!”
- “Z,” An 8th Grade Student

“...our children are taught in school to hate their own country...”
- 45th President of the United States

“To learn from our history we must confront it, understand it in all its messy complexity, and take responsibility as much for our failures as our accomplishments.”
- American Historical Association

I did not have an immediate answer for “Z” that would satisfy his desire for me to validate his assessment of Thomas Jefferson. Instead, I directed him to research the meaning of “contradiction” and wrestle with the philosophical difference between hypocrisy and contradiction. “Z” was experiencing an “encounter” (the second of five stages in William Cross’s stages of Racial Identity Development research) with a more complete history of the U.S. as a result of reading our class book, Stamped: Racism, Anti-Racism, and You by Ibram X. Kendi and Jason Reynolds.

“Z” was just asking a question, a critical question, and my job as an educator is to provide the context (a safe space) for students to formulate their questions and reason their own answers as agents of their learning. When their questions and/or answers are a biting criticism of the injustices of the past or present, I do not take it upon myself to redirect their learning because of my comfort or any external pressure to ensure my students conform to any one ideology.

The 45th president of the United States, and unfortunately many state superintendents and school districts, would prefer that I do just that: make my students conform to some varnished, whitewashed, “patriotic” history that glides over the muck and mire of our past--in order to ensure that the next generation is invested in promoting the false narratives of the dominant ideology into the posterity of America.

A more perfect union begins with a more complete history. 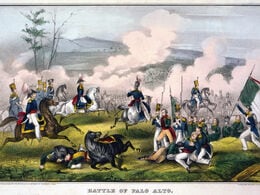 Pressure is coming from multiple directions for teachers to help students grapple with a more honest, inclusive exploration of American history than their parents absorbed. Read more.

At the top of this school year, the Administration announced, quite hastily, that it was forming a 1776 Commission to promote “patriotic education.” The announcement was a direct response to, and attack on, the 1619 Project hosted by the New York Times, as well as Derrick Bell’s framework of Critical Race Theory. The National Endowment for the Humanities awarded a grant to the 1776 Commission to develop this so-called “pro-American” curriculum. On the eve of the election, the President signed an executive order to move the commission forward.

Unsurprised, I thought: Why is critical scrutiny of our history, or better yet, the quest for a more accurate history, somehow unpatriotic? And I was struck with the realization (more of a reminder, really) that many in our nation are still invested in the myth of white innocence and supremacy, and that any interpretation of evidence that demystifies those myths is considered un-American. Critically conscious educators are not attacking but merely pointing out that America (and every other government) has fallen short of its ideals. It is simply a fact and #factsmatter!

Whatever happens to the 1776 Commission when the new Administration takes over, educators will still need to grapple with these tensions.

Literacy is a power that I cannot overstate, especially in my personal journey to become a more critically conscious educator. Books, essays, articles, poems, speeches, music, plays, etc., all shaped my consciousness (wokeness) as a teenager, young adult, and now as a teacher. The first book I remember buying with my allowance was Christopher Columbus and the Afrikan Holocaust by John Henrik Clarke (Malcolm X’s go-to for historical research). I was 12 years old and in the 7th grade.

The book filled in the blanks that my social studies book overlooked and answered questions that haunted my thirst to know more about how we (people of African descent) came to America and what happened to the Indigenous peoples of this land. The book began by centering African civilizations and their riches and role in world history. It described, in detail, how the African Moors were edged out of Europe in 1492, the same year of Columbus’s mission to find India. The book went as far as to describe Columbus as “lost!”  As a middle schooler, I  encountered a truth and was incensed by my belief in the myths I had been taught.  This caused me to question everything I had learned and was continuing to learn even until today.

Receiving Chicago Public School’s United Negro College Fund Scholarship, I immersed myself in African American History (the third stage of Cross’s framework) by attending the historically Black Morehouse College, and majoring in history with a minor in African American studies. Joining TFA Chicago in 2002 forced me to reconcile my pro-Blackness with the larger world in which I was socio-locating. I worked hand in hand with young white allies, who were struggling with classroom management (as was I) and bureaucratic pressures to raise test scores and to align our lessons to the state standards (pre-Common Core), and to make our teaching more relevant to the children we were serving.

Most of my early efforts were superficial. I was a new teacher mimicking what I remembered of my favorite elementary teacher, Mrs. Martin’s classroom. I made signs of slogans like “Education is Emancipation” or “Reading is Revolutionary” to instill a counter-narrative in the culture of my classroom. I would make sure that the environment of my classroom displayed posters of Africans and African Americans who contributed to civilization so that my students could see themselves with positive self-efficacy and agency.

“Many in our nation are still invested in the myth of white innocence and supremacy, and that any interpretation of evidence that demystifies those myths is considered un-American.”

In 2005, I was recruited to be a founding teacher of Barbara A. Sizemore Academy, an Afrocentric expansion site of the Betty Shabazz International Charter Schools (Illinois's oldest Black-owned charter network). There, I was pushed to look deeply at my practice and to critique the instructional pedagogy I developed earlier through my alternative certification. We used Alfred Tatum’s “Textual Lineage” protocol to determine what texts shaped our individual and collective ideologies and how we can build them for the students we served.

My advice to educators today is to simply live up to your commitment to lifelong learning. Read outside of your comfort zone. Grab a copy of Lies My Teacher Told Me, The Half has Never Been Told, or From Slavery to Freedom. When you teach the literature of the founding fathers, include David Walker’s Appeal to the Coloured Citizens of the World. Wrestle with the discomfort that the conspiracy of Gabriel Prosser or the rebellion of Nat Turner creates as these reactions to enslavement offer counter-narratives to docile, happy, well-treated enslaved Africans. This work takes courage, especially for educators (teachers and leaders) who are working in states and districts that mandate specific curricula. Be willing to pay the “time tax” to supplement your curriculum to fill in the missing gaps in content and perspective.

To transform your practice, seek out the expertise of BIPOC (Black, Indigenous, and Peoples of Color) scholars, and weave their scholarship into your curriculum. Pull excerpts from their scholarship and put it in the hands of students to grapple with. Do your best to eradicate the “banking” model of teaching, as Paulo Freire articulates in Pedagogy of the Oppressed, and practice facilitating communal learning strategies detailed in Culturally Responsive Teaching by Zaretta Hammond. Attend the annual Teaching Black History Conference hosted by Dr. LaGarrett King, director of The Carter Center for K12 Black History Education. Use the lessons from Brown University’s Racial Slavery in the Americas: Resistance, Freedom, and Legacies (the lessons are free until September 2021).

Bravely follow the five tenets of Critical Race Theory in education. Learn, lead with, and teach that:

The zeitgeist of now demands that we meet the moment with open hearts and minds to transform our instructional pedagogies to reflect the diversities of the students we serve. Whether we are teachers, leaders, advocates, or parents, we owe it to the next generation to eradicate the myths of superiority and inferiority that have unfortunately branded our nation.

We must work together in the spirit of liberation. 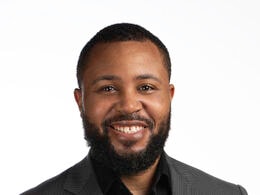 Demetrius Hobson is a 2002 Greater Chicago-Northwest Indiana alum and middle school teacher. He is also the founder of Liberate History, a culturally centered curriculum consulting firm.

The opinions expressed in this piece, and all others in our Opinion section, represent those of the authors and do not necessarily reflect the views and opinions of the Teach For America organization. Teach For America is a 501(c)(3) nonpartisan, nonprofit organization and does not endorse any campaigns or candidates for public office. Recipients of AmeriCorps funding, including most TFA corps members, are prohibited from engaging in political, voter registration, and census activities while charging time to their AmeriCorps grant.