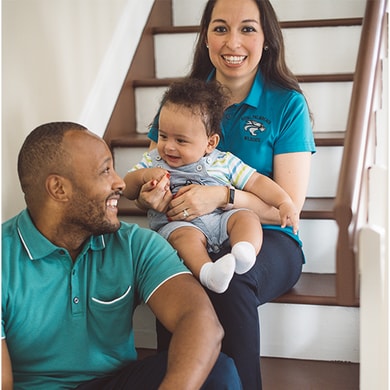 She Teaches, She Tweets, and She Wants Her Students to Follow it All

Being tracked down on social media by students is some teachers’ worst nightmare. But Mrs. Boyd, an IB mathematics teacher, encourages it.

Some teachers conceal their online identities from their students.

Boyd tweets from a public account so her students can read her posts without following her, safe in the confidence that their teacher can’t follow them back. She’s speaking right at them when she tweets a historical fact-per-day during National Hispanic Heritage Month. She tweeted about why she, a math teacher, discussed the August El Paso, Texas shooting with students on their first day back to school: “I modeled by sharing why it hit me to the core and other Ss then shared. Ss who felt indifferent began to understand why it was a big deal.”

She discusses education equity at #ClearTheAir and chats math strategy at #iteachmath. From another teacher on Twitter, she adopted the practice of passing out a test, then giving students three minutes to confer with each other “to ease testing anxiety and provide a greater chance of success.”

Who I am on Twitter is who I am in real life. A lot of what I share has to do with educational equity and anti-racist work. It’s important to have these conversations and break the mold of what people expect teachers to share on their social media. It's not just pretty classroom pictures.

I teach so many kids who have questions about their identity. I see how a lot of our kids are treated outside of these walls, and I hear how people talk about them—and that could have been me. Both my parents came from Ecuador. I have a bi-racial son. And so those issues are deeply personal to me. This is especially important for my students of color who receive mixed messages about their worth. I do this because I want my students to know what I stand for.

Featured image: When she is at home with Allen Boyd (Miami-Dade ’11), her husband, and while their son Allen Boyd III is asleep in her arms, Daniella [Suárez] Boyd does most of her tweeting on her phone.