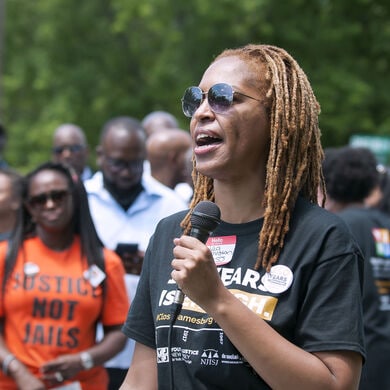 Critics say New Jersey’s youth prisons are wildly expensive and a relic of the past.

Advocates who are calling for the state of New Jersey to shut down youth prisons and shift to a community-based system of care see progress on the horizon.

Earlier this year, attorney Andrea McChristian (Las Vegas ’08), wrote a report published by the New Jersey Institute for Social Justice that outlined the high cost and ineffectiveness of the state’s youth prison system.

The state locks up a small number of youth relative to other states—currently a total of 190 are incarcerated in New Jersey’s three youth prisons—but the cost of running these mostly empty prisons is about $60 million a year, or more than half the entire budget of the state’s Juvenile Justice Commission. New Jersey is projected to spend around $280,000 this year on every child it incarcerates, including the girls incarcerated in Hayes, a Central Jersey youth prison. The prison took over the grounds of The Bordentown School, a prestigious boarding school for black children known in the early 20th century as the “Tuskegee of the North” for its academic excellence.

And while New Jersey’s youth prison population may be small, its racial disparities are among the worst in the nation, with black youth more than 30 times more likely than white youth to be incarcerated. 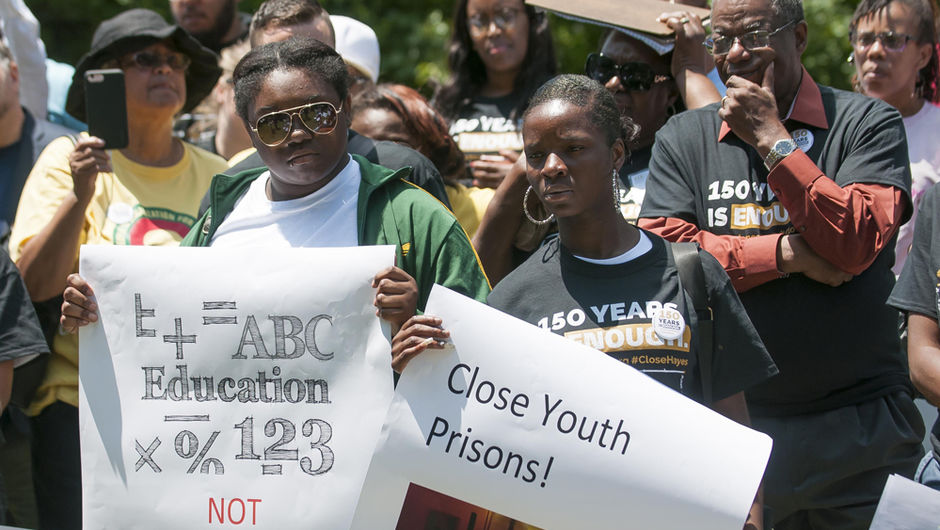 While calling for the closure of youth prisons, members of the “150 Years Is Enough” campaign are also asking the state for a comprehensive report on school pushouts. DAN HEDDEN

Now McChristian is helping to lead an effort to transform the state’s youth justice system through closing its youth prisons and creating a community-based system of care. Advocates are calling for a comprehensive overhaul, where children would be placed in rehabilitative secure facilities only as a last resort for safety reasons. In addition, and as outlined in its latest report, the Institute has called on the state to close the girls’ prison, Hayes, and, in its place, reopen the Bordentown School as a rigorous educational institution, open to all of New Jersey’s students, that would promote racial reconciliation.

McChristian, who focuses her work on legal policy and advocacy, says that after hundreds rallied at the Jamesburg youth prison last year on the prison’s 150th anniversary, then-governor Chris Christie announced its closure (and also said that Hayes would be closed). Christie also secured funding to build community-based youth rehabilitation centers in parts of the state.

At press time, advocates were pressing the new governor, Phil Murphy, to move forward by establishing a youth justice task force to lead a system overhaul. McChristian said, “We won’t be done until we live in a world where youth prisons are a relic of the past. Because, as generations of New Jersey’s incarcerated youth can attest, 150 years is enough.”

Featured image: Last June, more than 300 people gathered outside the gates of the New Jersey Training School for Boys ( known as "Jamesburg") to call for its closure after 150 years as a youth prison. Attorney Andrea McChristian addressed the rally.