If yes, it's thanks to young men like this teacher and student.

Vincent Cobb II, co-founder of The Fellowship of Black Male Educators for Social Justice, recently made a bold claim. “Philadelphia,” he said, “is becoming the mecca for black male educators.”

If that’s true, the Fellowship is at the center. With a goal of doubling to 1,000 the number of black male teachers in Philadelphia, organizers have attracted educators who have traveled from around the country to the group’s job fairs and conferences. Some are looking to replicate in their own cities the Fellowship’s success in helping members self-organize, connect, and sustain one another.

Sterling Grimes (Greater Philadelphia ’10) was there for the first meeting on a rainy October afternoon, when a group of teachers and school leaders gathered to dispel the isolation many were feeling in their schools. Grimes and the other meeting organizers were expecting maybe 30 guys to show up. Five times that many came. With Cobb and Philadelphia principal Sharif El-Mekki taking the lead, the Fellowship was born.

In the two years since, it’s kept building. At the group’s first national convening in October, more than 800 educators came from around the country, 75 of whom were Teach For America corps members and alumni from 10 regions. And now the Fellowship is launching Protégé, an effort to recruit young black men still in high school to consider becoming teachers.

Sterling Grimes and high school senior Tamir Harper, who met Grimes at a conference, have grown as tight as brothers while collaborating on Protégé. They share mannerisms. They mirror each other in their big ambitions. Listening to them speak, it’s not always clear who’s the younger brother in this duo. 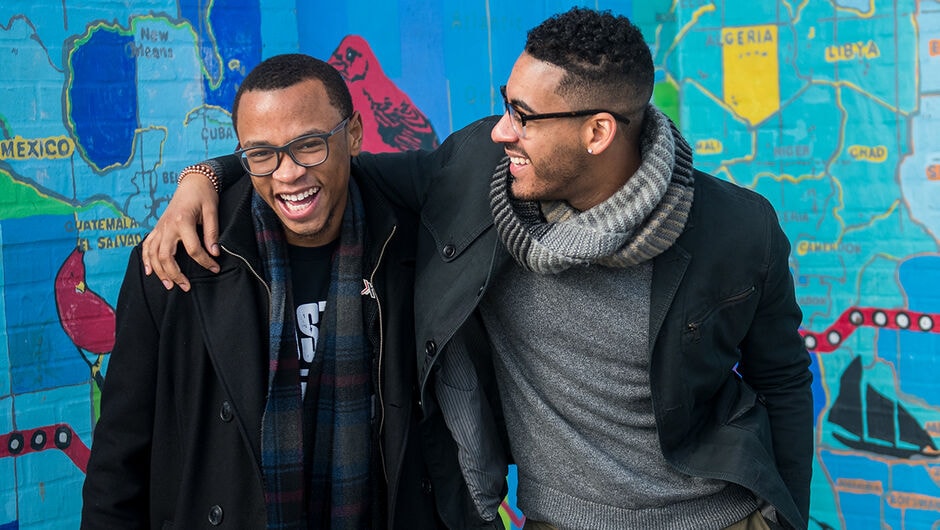 Q & A with Sterling Grimes

Grimes teaches high school English at Mastery Charter School-Pickett Campus. He’s one of the 17 founding leaders of the Fellowship. He’s the program leader of Protégé, the Fellowship’s initiative to build the next generation of black male educators through mentoring students in high school chapters.

How did you get started with the Fellowship?

The Fellowship grew from conversations I was having with other black male teachers early on in my career when I wasn’t feeling supported as a black man teaching. It started with principal Sharif El-Mekki. After a few conversations over dinner with others who had the same concerns—and after realizing that we were not alone, that we as black men had a specific value in our schools—we thought we should have these gatherings more regularly. I felt good around this group of men, and I thought, “Whatever this is, I want to be included because there is strength in numbers.”

Was a student-focused program like Protégé something the Fellowship always had plans to create?

I didn’t predict we’d have something like Protégé early on. But now looking at it, it makes perfect sense. Black male teachers are especially important for black students in offering support and guidance, because common sense says these kids need reflection points. So why not? And who better than us?

What’s it been like trying to talk kids into considering education careers?

First, there’s what I saw during the Why I Teach Tour. That was a precursor to Protégé where a group of black male teachers gave presentations on education careers at different schools in Philadelphia. I don’t know how many kids who saw the presentations actually considered education careers. But that’s not the only thing that matters. When I was on a subway recently, a kid I presented to during the tour saw me and recognized me as “that teacher from that presentation.” The network is out there for these kids to see, and that’s what’s important about Protégé.

The other thing I’ve enjoyed, of course, is working with my brother Tamir Harper. He’s helped the Fellowship build a pipeline into schools, and we’ve worked closely together.

We’re really similar in how we approach the world and people. People know when he and I show up somewhere that the brothers are going to sit together. We exist in this blended world of colleagues/teachers/friends/brothers that makes me really emotional. He’s such a dynamic person. I love that kid. That man, I should say.

Thinking back on your own education, did black male teachers influence you?

It wasn’t until someone in the Fellowship asked me about black male teachers from my past that I realized that in 12 years, I only had four. I had a vice principal, Mr. Laney, who took the time to pull me to the side and tell me small things like rules about professional dress that I’ve kept in mind to this day. I think about him every time I line my pants to my shirt. 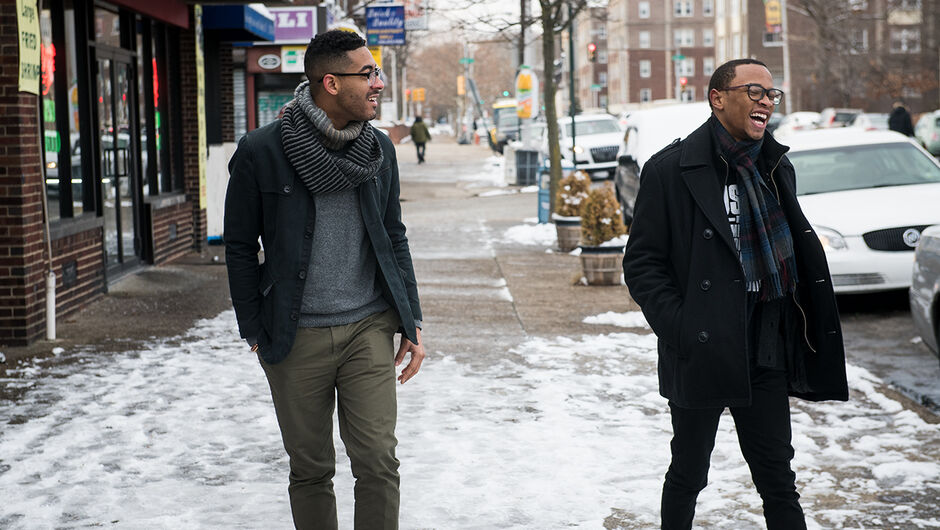 Q & A with Tamir Harper

What’s making you consider a career in education?

I didn’t know I wanted to be a teacher until I engaged with these black men in the Fellowship who are principals, CEOs—just people who exude black excellence. Once I’d seen what was possible, I really wanted it for myself. My plan is to teach secondary English in the Philly school district. Then I’ll work on becoming a principal before moving up to superintendent, where I can influence policy.

For the past four years you’ve been at a magnet science school with medical school in mind. What does your family think about this shift?

My parents were shocked. I said I wanted to be a doctor for four years, and then I said teacher. But then my parents said, “OK, that suits you. But you’re not going to want to be in the classroom long.” They know I want to make policy changes. They’re pretty excited for me.

What about other students. Do you see them getting interested in teaching?

Lots of kids from my neighborhood, we think we want to be police officers when we’re younger because we see black officers coming into our neighborhoods, so that’s something we connect with. Or we want to be lawyers and doctors so we can make enough money to leave impoverished communities. We’re not seeing enough black male educators in front of us. It’s not until I ask a friend to think about the last black male teacher they had that they say, “Wait, I haven’t had one until I came to this school.”

There hasn’t been anything like Protégé before, talking to black and brown students, given them an opportunity for representation. I’d say a good 10 to 15 students I know are thinking about it.

“I felt good around this group of men, and I thought, ‘Whatever this is, I want to be included because there is strength in numbers.”

You’re still in high school, but a teacher is one of your closest friends. How did that develop?

I remember in middle school feeling like no one believed in my capabilities. No one realized this young black boy from southwest Philly had a passion for learning, and my education was compromised. Maybe if I’d had a mentor in the classroom sooner, someone who looked like me, I’d have realized my passion for education sooner.

Today, that person is Sterling Grimes. We met at the first black male educators convening I attended. He’s like my big brother. He’s someone I go to for help figuring out my next steps in life. Whenever we both have the time, we grab food together and catch up. Grimes is someone I can go to for random advice when I run into odd situations, or for conversations about college. He’s pretty young, even though I like to call him old.

You’ve got a lot going on. Aside from school, your nonprofit, your internship, and applying to college, you’re working hard to help Grimes get young men to think about teaching. Why?

I have two amazing 5-year-old nephews. Picking them up from school reminds me of why I’m doing the work I’m doing. But most importantly, I know from my own experiences the impact of having a strong black male educator in your life, and I want to be that for someone else.