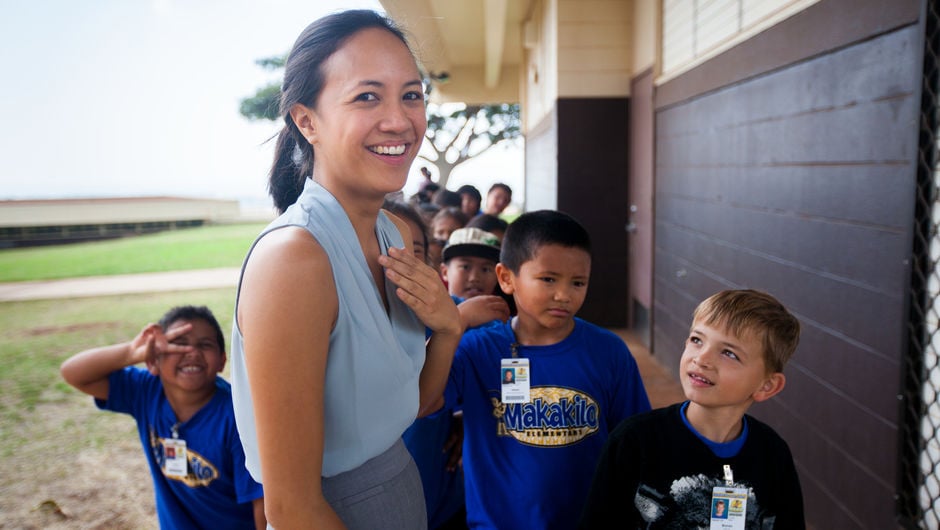 Leadership in education within the Asian American, Native Hawaiian and Pacific Islander community is essential to achieving educational equity and excellence.

About the AAPI Alliances

The effort to end educational inequity must include the leadership of individuals who share similar backgrounds with the students most affected by the injustice, and led by those with personal proximity to the problem and its complexity. That's why we launched the Asian American and Pacific Islander (AAPI) Alliances in 2014. It's crucial that we grow our base of Asian American, Native Hawaiian, and Pacific Islander (AANHPI) teachers in order to better reflect our nation's AANHPI students and anticipate the changing student demographics in our schools.

Teach For America’s AAPI Alliances works alongside other organizations committed to deliver on the promise of equal opportunity for every child and help grow the leadership of AANHPI educators inside and outside of the classroom. We aim to mobilize a connected, thriving, culturally competent and community responsive AANHPI leadership coalition working to advance educational equity for all children.

Susie Kim was a 2013 New York City Corps Member. As an Asian American, she tries to instill in her students a sense of belonging so that they can learn to be advocates for themselves and their communities.

Why We Take A Stand

We’re committed to working in partnership with AANHPI leaders and organizations to recruit and train AANHPI teachers, raise awareness of the unique academic and socio-economic realities facing many AANHPI students, and expand opportunity for all children.

We work to raise awareness of the "model minority myth," the pervasive public perception that members of the AANHPI community are universally successful academically and economically secure. This stereotype harms AANHPI students who would otherwise benefit from programs and resources targeting vulnerable and underserved communities. Too often, AANHPI students are left out of national discourse around educational equity.

This harmful stereotype also masks the heterogeneity of the AANHPI community, the fastest-growing racial group in the United States. It consists of more than 48 ethnicities, over 300 spoken languages, varied socioeconomic statuses, and distinctions across immigration history, generational status, culture, and religion.

As a result, obtaining more data on AANHPI students (i.e. "data disaggregation") has become the primary civil rights issue in education for members of the AANHPI community. In 2014, Teach For America joined more than 180 national, state, and local organizations endorsing the federal All Students Count Act, calling for AAPI data disaggregation in K-12 public schools. Additionally, in 2017, TFA again advocated for stronger and more refined federal efforts in AAPI data collection and reporting, this time alongside nearly 250 other organizations, and today we remain part of the "All Students Count" coalition and continue to push for more accurate and specific data so as to better understand the needs of a diverse community and target resources more effectively. We currently work with local, state, and national partners to advocate for data disaggregation.

Here are some key statistics about the AANHPI community.

Among Asian American and Pacific Islanders, high school and college graduation rates vary widely. For some distinct groups, these rates are dramatically lower than the overall national rates of 81 percent for high school:

“I am somebody that my students may not have otherwise encountered. Using my identity to enlighten my students about the variety of cultures that exist in the world and to break stereotypes has been so crucial to me.”

In the AANHPI community, bullying is often compounded by cultural, religious, and linguistic barriers that can keep AANHPI youth from seeking and receiving help. Anecdotal evidence has shown that certain AAPI groups – including South Asian, Muslim, Sikh, Micronesian, LGBTQ,immigrant, refugee, and limited English proficient youth – are more likely to be the targets of bullying.

Creating safe spaces for students is a priority at Teach For America, and we endeavor to support safe learning environments for all students. Teach For America is proud to join the diverse coalition of over 60 organizations supporting Act To Change, a public awareness campaign working to address bullying.

Read more about our resources for educators working with students in marginalized communities.

The following percentage of Asian American subgroups reported bullying in schools as a "very serious" problem, according to CAP and AAPI Data 2014:

According to statistics compiled by the federal government's AAPI Bullying Prevention Task Force:

of turbaned youth surveyed in Fresno, CA reported being bullied

of Sikh American students experience bullying to some degree at school

Bullied students were 5 to 6 times more likely to miss school than those who were not bullied.

We believe it’s crucial that we continue to advance conversations about educational equity in the AANHPI community. Students, schools, and the education system lose out on the lack of diversity in the education workforce. That's why we're committed to cultivating and building relationships and partnerships with AANHPI organizations to raise awareness about the most critical issues faced by AANHPI students and to collaborate on teacher recruitment, culturally competent teacher preparation and professional development, and leadership capacity building among leaders in our network.

Our partnerships and collaborations expand the leadership and professional development of Teach For America's AANHPI corps members, alumni, and staff to ensure that our organization is in greater service to students and the community. Together, we offer opportunities for corps members, alumni, and staff to grow their professional networks, participate in workshops and conferences, and build awareness, skills, and mindsets to impact their communities through local action.

Asian immigrants make up 16 percent of the 11 million undocumented immigrants in the United States. If you are brought to the U.S. as a child, you should be able to pursue an education and career without fear of deportation. This is why we’re committed to actively recruiting eligible individuals with Deferred Action for Childhood Arrivals (DACA) status to our teaching corps. About 12 percent of TFA corps members with DACA status identify as AANHPI. Read more about our support for DACA recipients and joining TFA as a DACA-protected corps member.

of the 11 million undocumented immigrants in the U.S. are Asian American 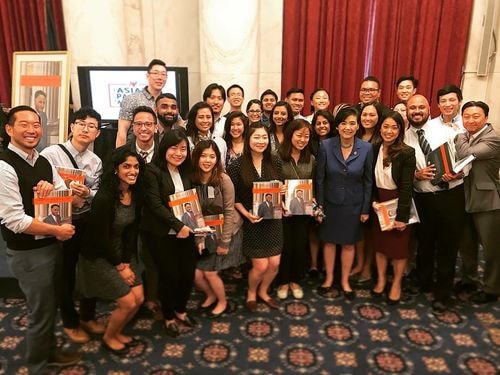 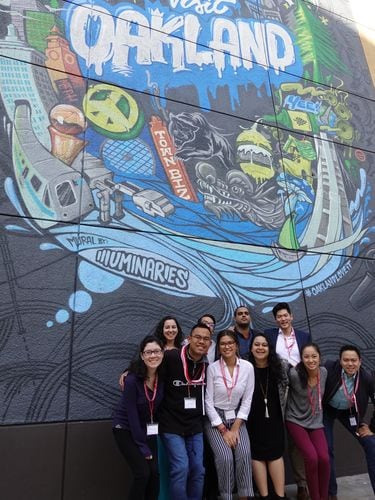 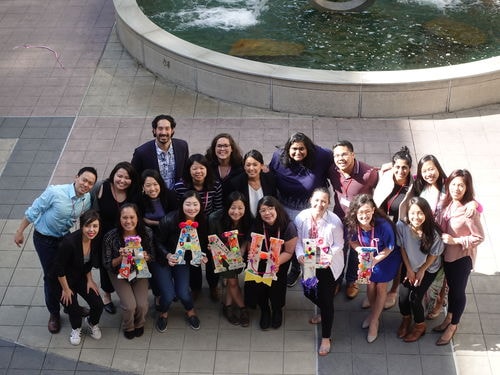 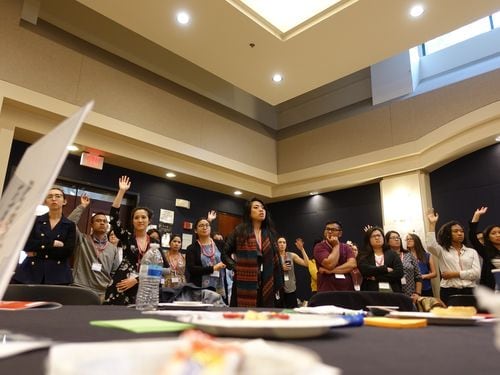 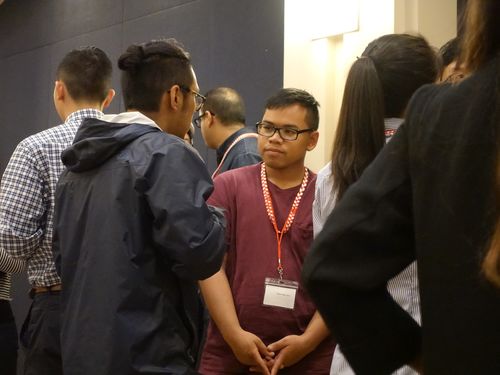 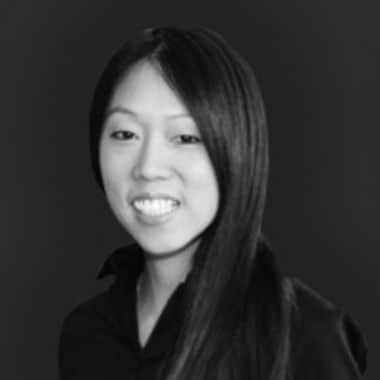 Shaped by experiencing inequity as a student and corps member in TFA, and through her work at startups in Kenya, Elaine is now focused on strategic and innovation consulting so she can help companies be more equitable and sustainable. 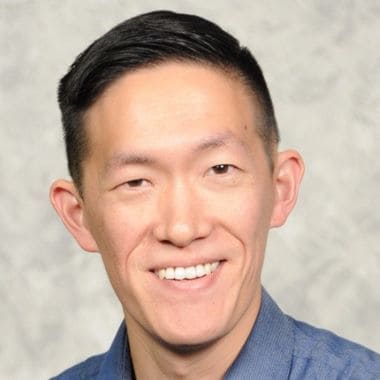 Fang works with the most vulnerable residents in the city of Los Angeles. As a fellow and the only LA-based pediatrician in Kaiser Permanente's highly regarded Community Medicine Fellowship Program, Fang divides his time between seeing patients at various federal and community clinics throughout Southern California and teaching in Kaiser's residency program. 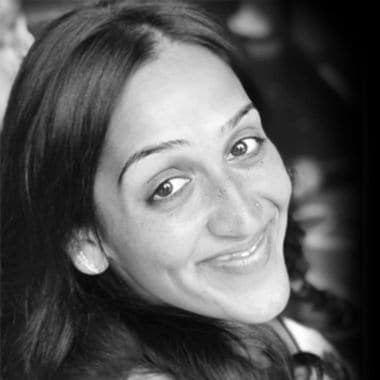 Illinois State Board Of Education

In Rupa Ramadurai's role as Assistant General Counsel at the Illinois State Board of Education, her dedication to commit herself to a work that intersects education, law, and policy began teaching high school students as a corps member. 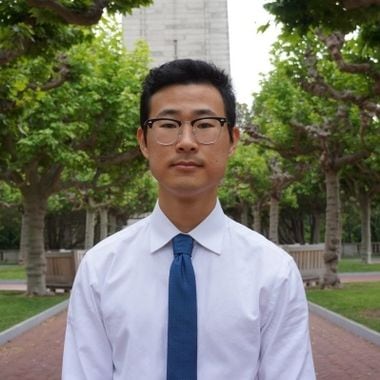 Eric Kwak immigrated to the United States when he was eight years old and grew up in Koreatown, Los Angeles as an undocumented student. He attended the Los Angeles Unified School District and with the support and belief from his teachers, he went on to earn his B.S. in business administration at UC Berkeley. Eric Kwak is currently a Head Start teacher in the west side of Chicago. This past summer, he was a policy fellow at Ed-Trust West working on a district report card that measured achievement gaps using the newly designed CA Dashboard. He plans to use his experience growing up as a low-income student and as a teacher to better lives for disadvantaged students through policy.

Our partnerships are vital to building the capacity to mobilize a connected, thriving, culturally competent and community responsive leadership coalition working to advance educational equity for all children.

We've compiled a list of resources to support teachers, students, professionals and other members of the AANHPI community.

Resources for the Classroom & Schools