As part of the Teach For America application process, you must select and rank 10 TFA regions where you want to teach. We strongly encourage you to consider ranking a region we’ve designated as “high need.” Read more about this requirement and the five regions currently designated high need.

As a result, approximately four to five regions are designated “high-need” regions, and we work to place as many corps members in those regions as possible. These regions occasionally shift during the application season, as regions meet their specific needs.

Currently, the high-need regions are:

As you think about where you might like to teach if you’re accepted to Teach For America, we ask that you strongly consider one or more of these regions. Learn more about the placement process. 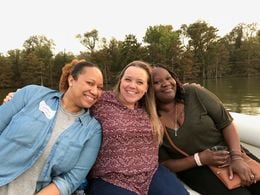 Becoming a part of a vibrant and connected community is truly a distinctive feature of life in the Greater Delta.

The Greater Delta is a place that will steal your heart with its generous atmosphere, friendly faces, and unforgettable landscapes. The close bonds you will form with students and neighbors, fellow educators, and school leaders, as well as staff and alumni, provide a unique and supportive environment for you to empower and illuminate student brilliance.

You will feel an unmatched connection to the Delta community, whether it’s through participating in a fun-run, enjoying barbecue or tamales, listening to homespun blues, or enjoying the outdoor attractions of the Mississippi River or numerous state parks. And remarkable leaders are truly helping Arkansas and Mississippi deliver on the promise of equal opportunity for all students. TFA corps members invest in their local communities and push themselves to lead rigorous and culturally responsive classrooms.

Tulsa’s metro area is home to just under 1 million people. Named one of the most liveable cities in the United States, Tulsa has all the perks of a big city—professional sports, major concert venues, museums and other cultural institutions—while still maintaining a strong sense of community.

The Greater Tulsa region is a leader in early childhood education, dedicated to giving young students the foundational skills and knowledge for a strong start. But with budget shortfalls throughout the state, along with severe teacher shortages, many Tulsa students lack access to high-quality schools. Tulsa corps members have access to city and state leaders who can help make change in our community. 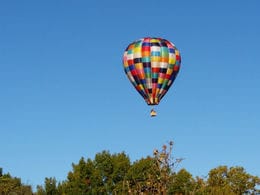 Kansas City hosts festivals year-round, from hot dogs to hot air balloons, and everything in between.

Kansas City is known for its barbecue—and also a first Friday art event that takes place each month in the city’s Crossroads District, attracting thousands of residents. This heartland city is home to hundreds of fountains, as well as several colleges and universities.

Teach For America Kansas City was founded in 2008, and since then, corps members and alumni have embraced the possibility of educational reform, partnering with the Kansas City Public School District, as well as charter schools throughout the metro area. Seventy percent of corps members in the region go on to teach a third year; alumni also go on to lead educational policy, work for nonprofits, and become school leaders.

South Louisiana is one of Teach For America’s founding regions, established almost 30 years ago. More than 1,000 corps members have served in classrooms in South Louisiana, and many continue to play a critical role in the educational landscape, working as school leaders, policymakers, education advocates, teachers, and nonprofit leaders.

The region encompasses five parishes, including Baton Rouge, the state’s capital and home to a thriving food and cultural scene, as well as its surrounding rural areas. South Louisiana is characterized by delicious food, a rich festival season, and beautiful views, as well as tight-knit and resilient communities, united in driving historic change in the region.

7 Tips for Being a Great Virtual Teacher

How Teachers Can Stay Balanced During the Pandemic

What Works: Schools to Learn From

Making Healthy Cookie Dough in the Classroom: Steal This