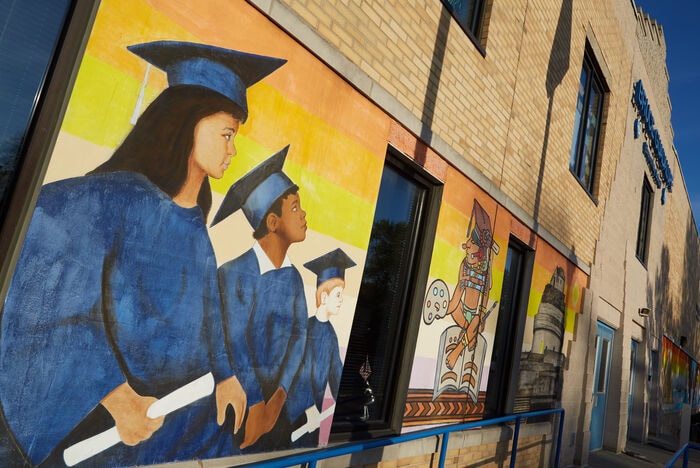 Just 12 percent of South Texas public school students earn any degree within six years after high school, but 100 percent of these students can achieve more.

Situated in deep South Texas, the Rio Grande Valley is 43,000 square miles bounded by the Rio Grande River to the west and south and the Gulf of Mexico to the east. The Valley's cultural richness and diversity has led to a community that is strong, proud, and determined—and a region that sings with opportunity and collaboration. However, from the colonization of native peoples by the Spanish, to the dominance of Anglo settlers over Mexican Americans, to the emergence of powerful multinational manufacturing firms, our region has been engaged in an ongoing struggle for equity.

Teachers in the Rio Grande Valley are faced with a steep challenge. For every 100 students entering a public school classroom in South Texas today, only 12 will receive a college degree within six years of graduation. As early as third grade, students in South Texas are performing behind their peers across the state and this disparity persists into college for those students who are able to further their education.

Since 1991, Teach For America has brought more than 1,400 leaders to South Texas schools. Due to the partnership and sustained efforts of district teams, such as Pharr-San Juan-Alamo Independent School District and schools like IDEA, committed family, engaged community partners, and supportive elected officials, student outcomes have improved significantly during this time. The high school graduation rate has risen from 78 percent to over 90 percent since 2001, exceeding the rate for the rest of the state. This is an exciting time to live and lead in the Valley, where we are part of a movement working to change the region’s educational landscape and expectations for achievement.

Situated near the U.S.-Mexico border, the Rio Grande Valley is home to a large percentage of low-income, rural communities. Since 1991, Teach For America alumni and corps members have been raising expectations for low-income students and helping them find a path to opportunity through an excellent education.

Get in Touch with TFA Rio Grande Valley