These Students Glimpsed Their Future Without Leaving Their Desks

How a virtual career fair connected rural students to jobs of the future. 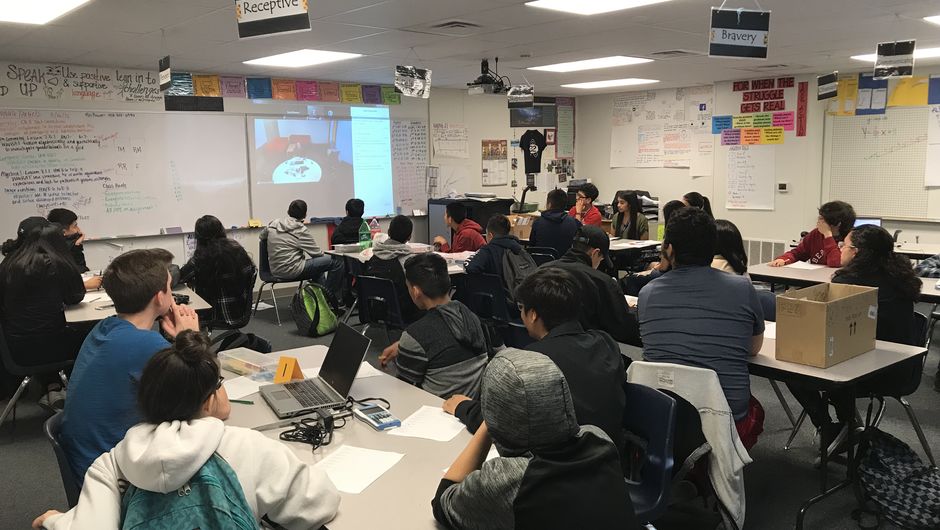 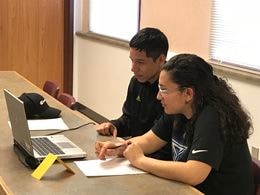 “Nuclear engineer” and “career fair” aren’t words often uttered together in the migrant farming communities of the Yakima Valley. But they were last week at the first virtual career fair held at Grandview High School.

About 30 students received career advice via video conference from a dozen technology professionals who work at Amazon, Valve, the U.S. Department of Energy and in other computer science and engineering careers. Along with the nuclear engineer, the professional roster included a video game animator, an astronomy Ph.D. student, a data engineer, and a tech attorney. Two participants lived and worked in South Central Washington, and the balance were based in the Seattle area.

The goal was to expose rural students to existing and emerging jobs in the innovation economy and empower them to learn firsthand about the high school and college paths that could lead them there. The message landed, according to exit survey comments.

“This experience was really eye-opening and showed that there are many other opportunities in life that you can branch out of,” said one 15-year-old, who indicated she was “extremely interested” in pursuing a career in a STEM field, potentially as a law student.

“Any career is possible,” wrote another 14-year-old, who indicated “somewhat interested” in STEM, including animation.

“When we think of a career fair, we think of the local police officer or firefighter. We don’t really get the opportunity to interact with professionals in STEM or computer science. It’s one thing if I do research and tell my students what a programmer for Microsoft does, it’s another to talk to them directly,” Morales said.

Bowers launched Grandview High’s first computer science course this year through the TFA Exploring Computer Science Fellowship, and recruited many of her students to attend the career fair.

“I would say the reason behind putting on the career fair was two-fold,” she said. “First, I wanted my students to know what doors can be opened to you when you take classes like course I'm currently teaching. Second, I wanted these paths to actually be feasible for them and talking to someone who has been there and ended up in a job that my students think they could only dream about meant that a very real person did it and so can they. So many of my kids shared that they now believe they could be those people one day and that is 100 percent why I am so excited this event was made possible!”

This foray into career-connected learning was coordinated by Teach For America-Washington and sponsored by Boeing, Inc., and could be a model for rural schools across the Yakima Valley.

“Boeing is committed to inspiring and preparing the next generation of innovators. We are proud to support students as they explore exciting STEM career options through the Teach for America virtual job fairs. Young people are naturally curious and inventive, and we are honored to nurture those attributes through investments and partnerships like this,” said Nicole Danson, Boeing Global Engagement education investor.

If you would like to host a virtual career fair at your school, contact Natalie Hannie, the TFA-Washington managing director of alumni leadership, at natalie.hanni@teachforamerica.org.