The Real Risk Is Innovators Learning in Isolation

When we talk about innovation, we’re not arguing breakthroughs versus incrementalism. Advancing educational opportunity for all will come from both. 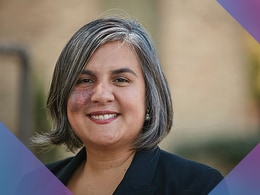 In 1994, two upstarts named Mike Feinberg and Dave Levin lit a fire in the education world. Mentored and trained by Houston master teacher Harriet Ball, they aspired to create a school model built on the then-radical conviction that kids from low income communities could learn and achieve at the highest levels. Over the past two decades, the KIPP team and other alumni pioneers have continued to push the boundaries of what a school can be and deliver. Driven by equal parts tenacity, humility, and imagination, these leaders have helped to change expectations in our country about the potential of children in low-income communities.

In the process, they showed the true value of Teach For America. We are not an alternative pathway to teaching or a talent pipeline for hard-to-staff schools. Teach For America’s greatest contribution has always been diverse, courageous leadership—people who seek to understand injustice through the eyes of their students and who build the leadership capacity of themselves and their students to transform the system. We are a  network of individuals who expand opportunity for children, working from classrooms, from schools, and from every sector and field and place where people shape the broader systems in which schools operate.

Today, more than 25 years since its founding and 50,000+ alumni and corps members strong, Teach For America may seem more like the establishment than the upstart, but I know that our value proposition remains exactly  the same. If anything, our capacity to contribute is even greater given the immense human capital we now have in numbers, diversity, and experience. In other words, all of you.

As we head into this next era in our effort, we see a tremendous opportunity to leverage the scale and diversity of our collective network to make sure we’re learning faster and smarter. How do we tap into the openness and creativity of each new generation of corps members, while also drawing on the deep knowledge, experience, and mentorship of those pioneers who have been leading the charge for years?

I travel a lot in my role here, and it’s not uncommon to encounter tension between what some see as the old guard in education reform and the newcomers. There is the understandable fear that we risk losing sight of the real, hard-won progress we’ve made by chasing too many shiny new ideas in the name of disruption. At the same time, others question whether it makes sense to pour resources into optimizing a system that was never designed with the expectation that children of color would pursue unlimited careers and opportunities, or that women would be joining and leading in the workforce. And it certainly wasn’t designed more than a century ago to prepare all students to meet their full potential in a 21st century global economy.

It’s tempting to take sides in this debate, but I think this is a false choice we can’t afford to make. This is not about breakthroughs versus incrementalism.  We need people innovating on existing models as much as we need people developing radically new approaches. Insights that will bring us closer to realizing true educational opportunity for all will come from both. The real risk is people learning in isolation.

That’s the potential that lies at the heart of this issue of One Day and in what we hope to make more possible within our ever-expanding network. I invite you to read, learn, question, and connect with others in our community about what you find in these pages and beyond. If we do all that, perhaps “One day” could come sooner than we think.

Elisa holds a B.A. in sociology from DePauw University. She sits on the boards of the Holdsworth Center, Leadership for Educational Equity and Leading Educators. She lives in Houston with her husband, Jeremy, and their four sons.