The Hate You Don’t Hear About

A teacher reflects on how her experience as a Jewish woman leads her desire to be an anti-racist educator.

My experience as a Jewish woman leads my desire to be an anti-racist educator, and therefore I view it as imperative to talk about both. Coming from a family where over half of who could have been born do not exist today because of the atrocities of the Holocaust, I lead my life in the pursuit of equity and true freedom for all. I dedicate myself to loving, celebrating, and teaching about various races, ethnic groups, cultures, and communities within and outside of my classroom.

As a history teacher, I have the incredible privilege to talk to over 200 students a year about the strengths and hardships faced by the diverse people that make up the U.S. population, and I am here to add the history of Jewish people to that equation as well. I have experienced antisemitism firsthand, and personally know the very real power of hate. I will do everything in my power to not let it win, and that begins with using my voice.

“'Never again' demands equity, equality, and consideration of all people with love for who they are and support for them in their strides for fair treatment and representation.”

My desire to be an anti-racist educator starts with the saying of “never again.” It’s a saying that came into response to the catastrophe of the Holocaust where Blacks, LGBTQ+, and other marginalized people groups were persecuted by the Nazi Regime, in addition to the enslavement and murder of the 6 million Jewish people that is normally talked about.

While pointedly about something that was and is still very impactful on the Jewish community, “never again” is a phrase that extends to every person, full stop. “Never again” demands equity, equality, and consideration of all people with love for who they are and support for them in their strides for fair treatment and representation.

The saying “never again” is something that every Jewish child and adult hears frequently, however, it is not without tremendous weight. To truly say the phrase and mean it, we must look to the future; we must add peace; and we must increase understanding and the togetherness of others and ourselves. What this means though, is that we must also speak up when the voices of others create a definition of us, for us, that does not represent us.

This mindset of “never again” materializes for my students through lessons that incorporate the experiences of and often told from the perspective of Blacks, Hispanics, Asians, Native Americans, Jews, Muslims, and other groups throughout multiple historical events in American history and by connecting these events to current circumstances by presenting them within context instead of within a vacuum.

Ultimately, this allows students to understand not just the discrimination that certain groups have faced and continue to face, but also who endorsed the discrimination to begin with and the process of how it became accepted. The process of legally and socially oppressing a group is often recognizable through specific actions and inactions of/within politics and society, regardless of the target group. Teaching these factors through specific historical examples allows for students to recognize the potential dangers of actions and seemingly small policies that compound over time to crystalize institutionalized oppression. This skill then translates into motivation that students can use to prevent, address, and hold accountable those who enact and promote prejudiced policies in order to prevent the furthering of discrimination and inequity.

These tough but necessary lessons also expand the view of history and encourage students to question the often two-sided story of “good guys v. bad guys” that is typically presented within the classroom. My students have to conceptualize and learn that the historical figures who have been attributed with doing so much for good have also done so much with hate or inequality fueling their thoughts. In other words, they have to examine accountability within history and within our current environment and think about what justice means for themselves and how progress can be created. They have to learn to see the world through these broader lenses that make us question the foundations of our country in a way that can lead to improvement through skepticism rather than blind acceptance of surface level explanations.

While definitely academic, this way of thinking is key to dismantling oppressive systems outside of the classroom for both my students and myself. It requires us to question all parts and the whole of a system in a way that distinguishes flaws instead of dismissing them. That, in essence, will help to create a future generation who will not only know how to say “never again,” but know also how to bring truth to the statement as well. 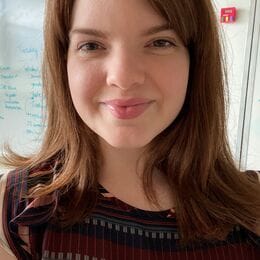