The Gap Year That Turned Into A Career

Megan Claus (Washington '15) planned to be a doctor, but Teach For America Washington changed her path. 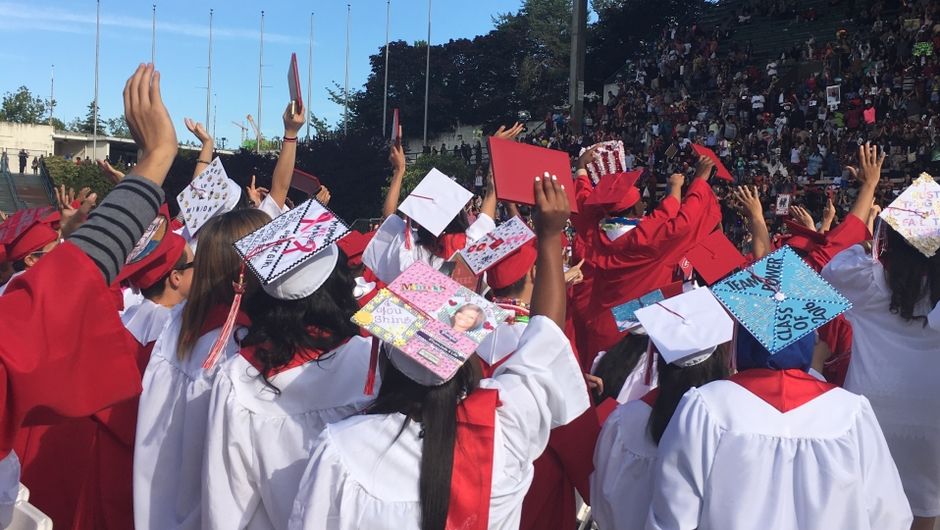 I spent the summer before kindergarten in Seattle Children’s Hospital. I had an empyema which doctors described to my parents as having turned one of my lungs into a football. Experiencing first-hand the healing power of doctors and how they can change the lives of their patients—  decided I wanted to be a doctor myself.

My goals always aligned to that dream, so when during my senior year of college, just before graduating with a degree in neuroscience, I decided to join Teach for America, people were surprised. I saw in TFA an opportunity to provide students from all backgrounds with the same access to education that I had growing up. Despite this commitment, I insisted that my time in TFA would just be a gap year.

I set out to close this gap. Multiple studies have shown that students who are successful in AP courses in high school are more likely than their peers to earn college degrees. In my mind, the connection was clear, black students have only a 40 percent college graduation rate, compared to 61 percent of their white peers. If my black students were given access to the same AP curriculum as their white peers in other parts of the city, then they too would begin college with this “leg up.”

I began encouraging my black students to enroll in AP science courses and sent notes to their parents. I will never forget Alex, an African American student who came to my classroom angry after I wrote, “Recommend for AP” on his report card. He told me that his mom was now insisting he take an AP course and that he did not want to do that. Alex took my AP biology class anyway—and he along with his peers had the highest pass rate on the AP biology test in school history. This year, Alex is back for more, currently enrolled in AP environmental science. He is applying to college and intends to study science. Alex is the reason closing the AP enrollment gap matters.

It has taken time, but currently my AP class is 32 percent black students, equal to the school population. Alex’s story isn’t unique. Students who took my AP class last year are enrolled at University of Washington, Whitman and Seattle University. They are studying bioengineering, chemistry and computer science. But, maybe more important, they understand the importance of diversity in a science classroom and know that their voice matters, regardless of the color of their skin.

My story isn’t as much about why I started teaching as it is about what has kept me here. Teach for America began as a meaningful way to spend a gap year before applying to medical school, but it has turned into much more. Teach for America gave me the tools to lead and to discover that the same healing power I saw from doctors in the hospital was present in the teachers and in me.

As I spend more time with my students and in their communities, my goals have shifted. I want to prepare students so they can be doctors, because their voices need to be heard, their talent needs to be seen, and together they have the real power to change lives.