Teachable Moments and the Rise of AAPI Hate Crimes

A corps member describes the explicit racism she's faced since the start of the pandemic and calls on allies to help stop AAPI hate.

When the pandemic first hit I was just a few months shy of completing my first year as a science teacher at a public middle school in New York City. While I busied myself figuring out how to translate my lessons to students exclusively online, I also began to experience something else new and unfamiliar to this point: explicit racism.

Don’t get me wrong—as an Asian American woman, I was familiar with being fetishized, along with the more subtle microaggressions of people assuming I always did well in school.

This was different though and cut me in a whole new way.

Hearing "Kung Flu" and "China Virus" were just the beginning. There have been times where I was coughed at while waiting at the train station because of my race. I cannot imagine how scared our AAPI community members are, especially our seniors who cannot walk alone during the day or night time because they are considered "easy targets," with the rise of violent hate crimes.

I've also endured explicit racism in the classroom, turning it into an opportunity to teach my students about racism against Asians.

On my very first day, I heard “ching chong” coming from the back of the room and saw a couple of students pulling their eyes back. I knew if I hesitated or ignored them, they wouldn’t think anything was wrong. I walked towards the students immediately and had a conversation with them on the side. Rather than feeling rage, I was sad and disappointed by their lack of awareness of the impact of their own actions. After our conversation, they apologized and said how they didn’t realize this was racism and didn’t know that it made me sad. From that point, our rapport grew.

Another time was when the pandemic hit. A student who I didn't teach saw me and covered his mouth and nose. Once again, I took that moment to tell him that his actions were racist and and how much that impacts me.

“I've also endured explicit racism in the classroom, turning it into an opportunity to teach my students about racism against Asians.”

Violence targeting the AAPI community has dramatically increased recently. Predecessors to the attack in Atlanta include the recent murders of Vicha Ratanapakdee, an 84-year-old Thai man who was attacked in San Francisco, and 19-year-old Christian Hall, an Asian American teen who was shot by Pennsylvania police even though his hands were already in the air. Even here in New York, a place that has always prided itself on its diversity, has been home to many of the more than 3,800 incidents of hate reported by Asian Americans (including verbal attacks, physical assault, civil rights violations, and online harassment) in the last 12 months.

Anti-Asian racism and violence are not new. The United States has a long history of mistreatment of the AAPI community, and that racism has only been exacerbated by xenophobic rhetoric throughout the COVID-19 pandemic. None of this should be tolerated. The AAPI community alone cannot be the only ones to help and bring awareness. We call on allies from outside the AAPI diaspora to help us raise awareness and stop AAPI hate.

I offer the following advice to allies thanks to Buckingham, Brown & Nichols’ Office Diversity, Equity, Inclusion, and Global Education:

I ask for help to bring awareness and help fight anti-Asian racism. I ask that you check in with your fellow AAPI community members and please research the history of anti-Asian racism, as I will also continue to challenge the injustices around me for a diverse, equitable, and inclusive country. 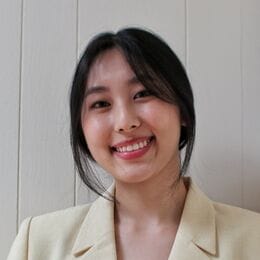 Anna-Li Kaing (New York ’20) is a Chinese American first generation immigrant from Philadelphia, Pennsylvania. She currently works in Bushwick, Brooklyn. She attended the University of Pittsburgh for her bachelor's and is studying to receive her master's degree in teaching from Relay Graduate School of Education. After undergraduate school, she went on to join Teach For America New York. Anna-Li currently teaches seventh grade science and eight grade living environment in Brooklyn.