Strength in the Face of Adversity

Against all odds, Cesar Dominguez (Idaho '17) survived his battle with cancer. His passion for classroom teaching kept him going. 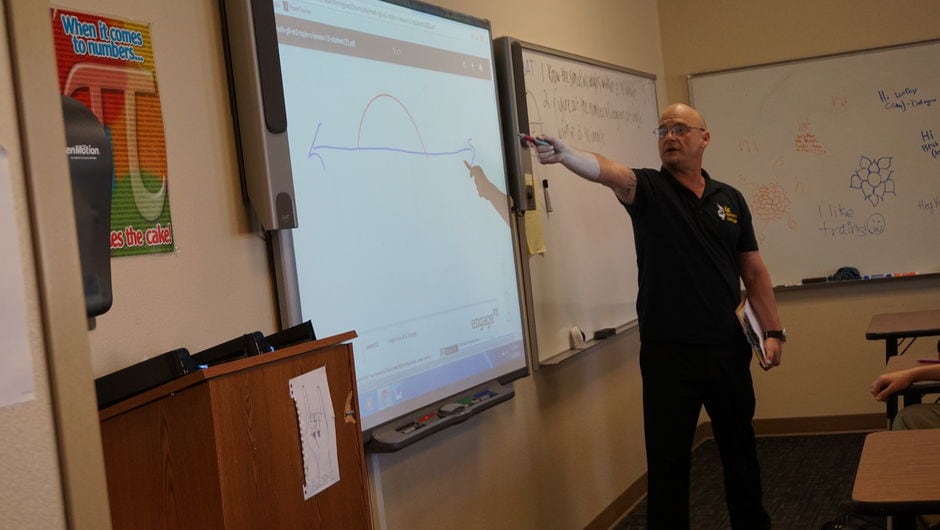 Against all odds, Cesar Dominguez (Idaho ‘17) survived his battle with cancer. His passion for classroom teaching kept him going.

In August of 2017 corps member Cesar Dominguez entered his classroom at Jefferson Middle School in Caldwell to teach Special Education for the first time.

Cesar had recently relocated to Idaho from Southern California where he grew up in a low-income home. His journey to Teach For America was unique: he originally hadn’t graduated from high school, but after a series of life events he earned his GED and eventually went on to college at California State University- Los Angeles. Cesar discovered Teach For America on the university campus and immediately applied for the program. A year later, he relocated to Idaho to join the corps.

“I was so excited to meet my kids,” says Cesar.

Cesar speaks passionately about teaching. “As soon as I heard about this program I knew: this is it. This is what I’m here for.”

In late fall of his first year teaching at Jefferson Middle School Cesar was unexpectedly diagnosed with stage four renal cancer. The likelihood of recovery from this type of cancer is only 8% according to the American Cancer Society. The disease had spread from his kidney to his bones and had metastasized as a tumor in the frontal lobe of his brain. He needed immediate medical help.

Over the next three months, he would undergo numerous surgeries, including the removal of his kidney, brain tumor, and the replacement of his femur with a prosthetic. For three long, painful months he lay in a hospital bed, which constituted a need for more treatment due to blood clots and septic shock after extensive surgeries.

Meanwhile, all Cesar could think about was getting back to his classroom.

“I woke up in the middle of a sleep post-surgery and told his wife, ‘I just want to be back in my classroom with my kids. That’s all I want,’ before I laid back down and went back to sleep.”

Finally, after months of surgeries and time at the hospital, Cesar returned home in January 2018 and was advised he would not be able to return to his classroom until the fall. He refused that diagnosis.

Cesar relentlessly worked with his doctors to make a physical recovery. He worked with the Caldwell School District and administrators at Jefferson Middle School to return to the classroom, which he attributes to his ability to return to quickly.

The Caldwell School District and Jefferson Middle helped Cesar to return to his classroom in February, just a few weeks after he was released from radiation treatment. The school kept a substitute teacher for two periods to support with his assigned administrative duties.

Cesar is now in his second year of teaching at Jefferson Middle and continues to love the profession. He has also dedicated himself to his health.

“I have so much appreciation for what I have today. I have a tremendous need just to give back. From coming so close to dying, I’m able to really appreciate waking up every morning. I truly appreciate every day that I wake up. Every single day.”

Cesar’s gratitude extends to his students and supporters. “I really feel like I lived my whole life searching for who it is that I am and what it is that I value and what I’m supposed to do with those two things, and I found it in Teach For America.”

His pride, love, and passion show when he talks about his student’s growth and success. It is clear that Cesar’s students have changed him as much as he has changed them. “I tell my students, ‘your disability does not define who you are, and I truly believe that.’”

His students continue to make academic gains in his classroom. His classroom vision? All of his students will earn their high school diploma.