Staying Rooted After the Corps

Alumni who chose to stay in the region where they taught share how they navigated their next steps after the corps—with the help of new connections. 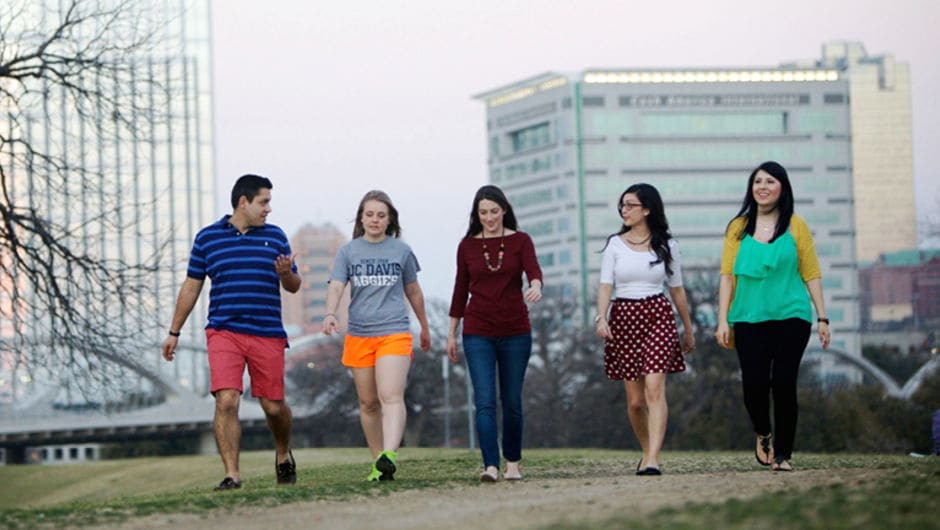 Completing your two years in the corps marks a huge milestone in your journey with Teach For America. While there is so much to celebrate, this moment can also evoke feelings of uncertainty about your next move. Quite literally, you may be contemplating whether to stay in your region or relocate to pursue an opportunity elsewhere.

We asked a few alums who chose to stay in the region where they taught to share how they navigated their next steps after the corps. For some, it was a natural decision to stay rooted in the place where they grew up. For others, moving to a new city during the corps opened up unexpected opportunities as a result of making new connections.

Alums discuss their reasons for staying in their region, the mentors who helped to steer them along their path, and their advice for newly minted alumni. 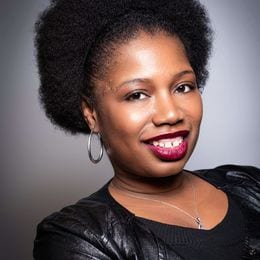 As a corps member, Ciara taught science at Monaco Middle School in Las Vegas, a city she’s called home since she was 15. During her two years, she had grown close to the six other corps members who taught alongside her. That made it especially hard when she learned that her fellow corps members at Monaco were pursuing opportunities outside of the school after the corps.

She decided to brave the uncertainty. “I knew I wasn’t finished yet,” she says. “I still had a lot of work to do.”

Ciara felt certain about continuing her teaching career after the corps. But there were other reasons too. Specifically, Mr. Rogers and Mrs. Medina.

Mr. Rogers is a veteran teacher at Monaco who taught math in the classroom next door to Ciara. When he found out that Ciara was staying at the school, he became her mentor.

Mr. Rogers encouraged Ciara to consider teaching adult students and told her about the Clark County School District’s adult education program. The program offers classes to adults seeking a high school diploma, and it needed a science teacher. Ciara applied and got the job. She continued teaching middle school science during the day and in the evenings she taught science to adults.

“He opened my world to adult education,” Ciara says of Mr. Rogers. “He gave me the opportunity to realize that I can teach a little bit of everybody.”

Ciara was awarded the Heart of Education Award in 2018, for her outstanding teaching at Monaco. Her principal, Mrs. Medina called her the next day.

“She said, ‘You’ve shown that you can conquer this. Let’s go try something new.’”

Mrs. Medina urged Ciara to apply for an open position at the district, training and coaching teachers on how to use best practices to support English language learners. Ciara was excited about the role, but knew it would be a stretch.

“I only went on the interview because she pushed me so much,” Ciara recalls.

She received the job offer over the summer and went back to Monaco to pack up her classroom. The moment was much harder than she had anticipated.

“It was good that I did it in July,” she said. “Otherwise, the kids would see me bawling.”

Ciara says her experience in the classroom taught her understanding, patience, and forgiveness--invaluable skills that have helped her in her new role. Teaching also put her in proximity with the disparities between schools in different zip codes. This has renewed her energy to continue working in schools.

As for navigating the transition to alumnihood, Ciara recommends carving out time for mindfulness: “Sit down and reflect on what you want your next steps to be. But do it with a clear head, and not when you are tired or frustrated.” 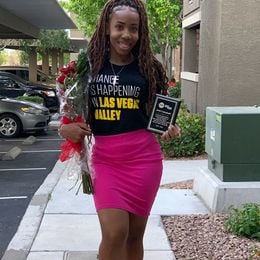 At the end of her second year in the corps, Ariel was questioning whether she wanted to continue teaching. The two years she spent teaching special education were challenging. She felt torn—she loved her students, but she also felt emotionally and physically exhausted.

“I was feeling a lot of different emotions—scared, nervous, happy, relieved,” she says. “I was really sad to leave the corps because I got so much out of the events, the training, and one-on-one help.”

Ariel wanted to use the summer break as a time to recharge and reset on her passion and purpose. Not knowing how she was going to be financially stable over the summer was also on her mind. She decided to combine her teaching experience with her love of dance and spent the summer as a dance fitness instructor.

Ariel taught dance classes to adults and children in gyms across the city throughout the summer. Teaching kids dance classes renewed her confidence and reignited her interest in returning to the classroom.

“Seeing their faces every day made me flip my switch,” Ariel says. “I missed that one-on-one interaction.”

Ariel began researching open roles in schools and found a position for a special education teacher at Futuro Academy in Las Vegas, a new school founded by a TFA alum. The school’s mission aligned with all the things she felt passionate about as a corps member. It felt like she had found her calling. Ariel is now wrapping up her first year teaching kindergarten at Futuro and plans to teach second grade next year.

Ariel also remains passionate about teaching dance to young people in urban neighborhoods who lack the funds and access to participate in classes. She's developed a nonprofit dance company called Exodus and won the Social Innovation Community Award after pitching her idea at the 2019 TFA Las Vegas Shark Tank competition. She is using the award to teach a free summer dance camp to children ages 5-14.

Ariel's family has been very supportive of her decision to stay in Las Vegas, even though they are thousands of miles away in her hometown, New York City. Ariel misses them but feels like she’s starting to plant roots in her new community. In addition to teaching, she's spent the past two years volunteering her time in schools and organizations across Las Vegas, receiving international recognition for her work.

“I have so much of a family here with my friends from Teach For America as well as friends in my Zumba dance fitness world. It’s really become a home for me,” she says.

Looking back on her transition out of the corps, Ariel says she wishes she wouldn’t have doubted herself.

“My advice to second-year corps members is to never stop dreaming and pursuing your goals in life. All dreams can come true if you have the courage to take action, find your purpose, and live a life that you love.”

“Don’t be scared to reach out to anybody in the TFA network, regardless of where they are in their career or what their title is. People are very eager to help, even if you’ve never met them before.” 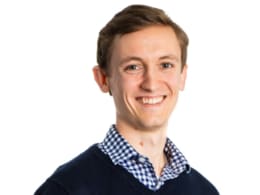 As an undergraduate at Emory University in Atlanta, Matt interned with Next Generation Men & Women, an organization co-founded by TFA alums that prepares underserved students across Atlanta for college and career. The experience kindled his interest in education and ultimately led him to join the corps. While Matt grew up in Ohio, he was excited to continue cultivating the community he formed in Atlanta--first as a college student and now as a teacher.

Fast-forward two years. His experience teaching high school algebra during the corps further fueled his passion for educational equity. Although he was unsure about what he wanted to do next, he was driven to continue making an impact on education. “I wanted to keep moving in that direction,” he says.

Matt contemplated going into politics and spent the summer canvassing. He also joined Leadership For Educational Equity (LEE), an organization that offers professional development for aspiring elected leaders and those interested in public policy.

Through his connection with LEE, he learned about a position at Enriched Schools, an organization that recruits, trains, and places high-performing guest educators in classrooms when a substitute teacher is needed. Matt says the job description seemed daunting at first. “My LEE coach was the one who motivated me to apply,” he says.

Matt currently serves as the founding Atlanta regional manager, which now is a one-man operation. He helps onboard new teachers, leads professional development sessions, and develops partnerships with school leaders.

“If a teacher has to leave the classroom, we make sure that quality instruction continues in their absence,” Matt says.

Matt says that reaching out to the TFA network in Atlanta is what propelled his job search. His connections with fellow alums over coffee yielded a bounty of opportunities, advice, and encouragement. In hindsight, he would have done this a lot earlier.

“The big mistake I made starting out with my search was spending a lot of time behind a screen rather than getting out and talking to people,” he says.

His advice to future alums is to do the same. “Don’t be scared to reach out to anybody in the TFA network, regardless of where they are in their career or what their title is. People are very eager to help, even if you’ve never met them before.”