Read about how corps member Donnell McDavid's professional experience as serving as dean discipline helps him in his new role as a classroom teacher and leader. 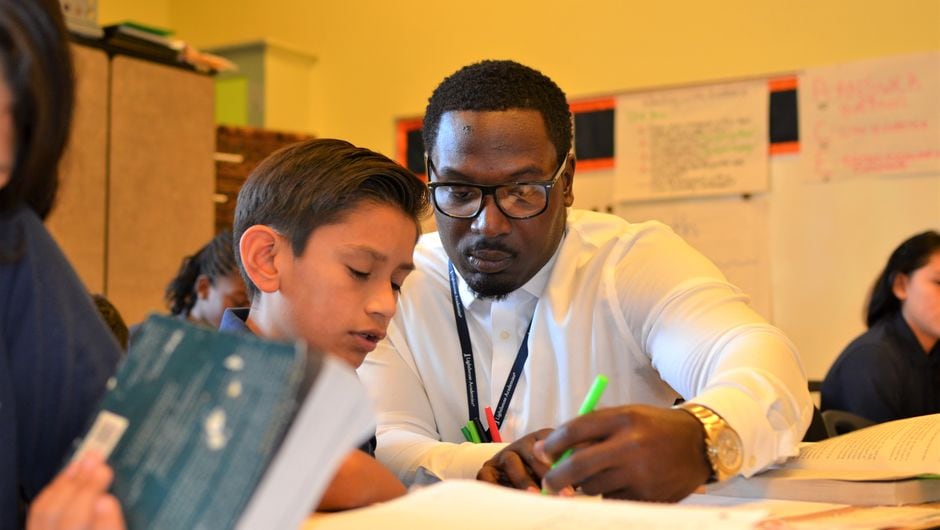 Donnell McDavid (Greater Chicago-Northwest Indiana, ’18) had been working in schools for seven years when he decided to apply to Teach For America. Though he had planned to become a teacher, he was offered a position as a paraprofessional while in grad school, and after several years, he found himself promoted to the role of Dean of Discipline. Though there were many things he loved about the role, “I was losing sight of what really got me into education, and that was the foundation, elementary education,” he says. 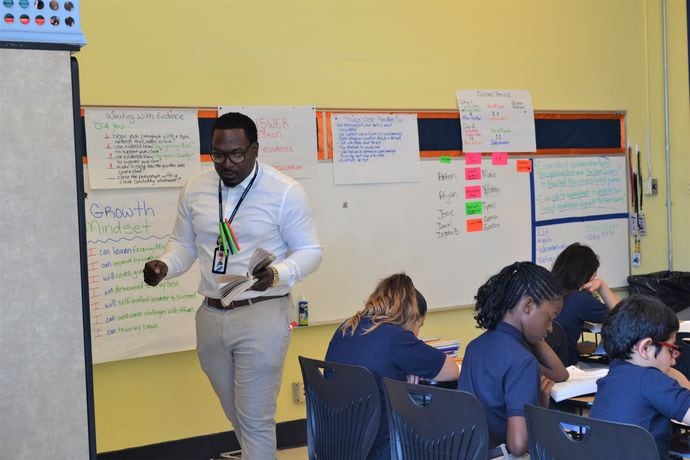 He knew he needed support to transition to the classroom, so he decided to apply to Teach For America. “I knew I didn’t know how to do it myself, and here’s an organization who’s willing to help, that’s made up of thousands of people who have the same passion that I have,” he says. “So I started over, and now I’m standing in front of my students at 35 years old. I had to humble myself and tell myself ‘I need to learn.’” 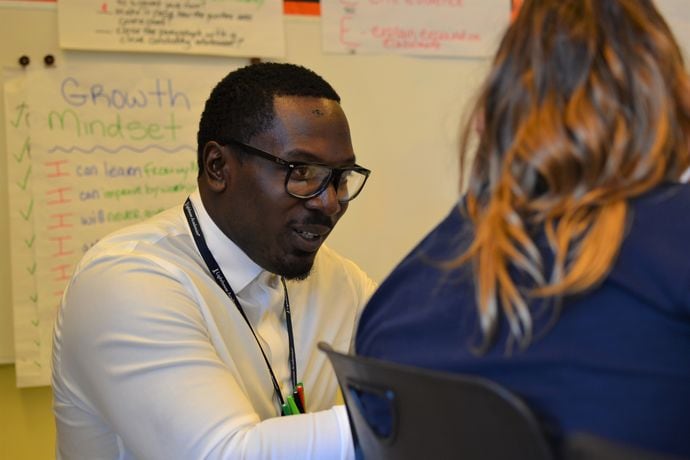 Donnell was a communications major in college and had no plans to enter the education field when he began his undergrad degree. Then one day, when he was working at the Chicago Public Library, everything changed. A young student asked Donnell to print his paper for school. “As soon as I opened it, red squiggly lines appeared under all of the text, showing all of these errors,” Donnell says. He took the student aside and talked to him about formatting and punctuation. The next day, “his mom came in – she was so emotional, so grateful, because after we talked he had gotten an A. And I thought wow, I took the things I knew for granted (…) and if you have the power to teach people things, you have to do it.”  That next year, he completed his capstone project on how he would apply his Communications degree to a career in teaching.

“I want my students to be able to see beyond Gary, beyond East Chicago, but also love where they’re from all the same.”

Now, Donnell is teaching sixth graders at East Chicago Lighthouse. Donnell was born and raised in Chicago but is excited to serve students in Northwest Indiana. “I want my students to be able to see beyond Gary, beyond East Chicago, but also love where they’re from all the same,” he says. He’s taken many lessons he learned as the Dean of Discipline and is applying them to his classroom. He knows relationship building – with students, parents, and his fellow school staff – is essential. One of the ways he connects with his students is through his admittedly corny jokes. “They were talking about Percy Jackson in The Lightning Thief, and how he loves his teacher, and I was like ‘See!’ and they said ‘That’s probably because his teacher tells funny jokes,’” he says, laughing. 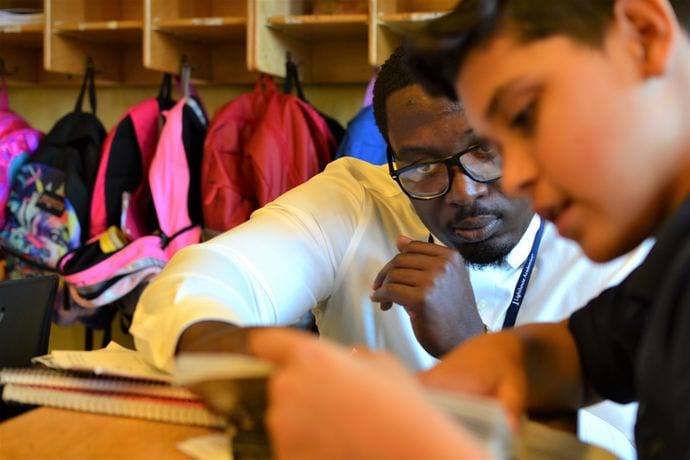 As a new teacher, he has many hopes for his students. “I want my students to believe in themselves, to push themselves. I want them to encourage and engage with one another,” he says. He’s excited to keep building off of everything they’ve learned so far and to incorporate content that feels relevant to their life experience. After finishing The Lightning Thief, they’re moving on to a unit on mythology. “I’m excited for those light bulbs going off,” he says. “To continue to see my students making those connections.”