What happens when pursuing your professional passion means leaving the community in which you taught? 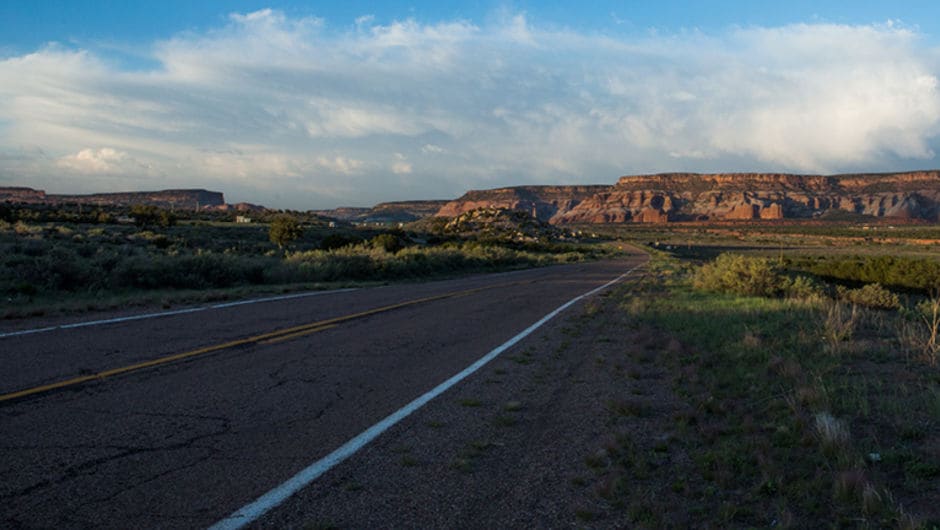 If you’re an alum contemplating your next steps after the corps, the perfect opportunity may come up when you least expect it. But what if that opportunity is 100 or 1,000 miles away from the community where you taught as a corps member?

You may have mixed feelings about leaving a place where you just started to build connections. And there are always trade-offs that come with pursuing a new opportunity. But it may be the right decision to further your growth and development and ultimately increase your impact on education.

We asked three recent alumni to share how they discovered their next opportunity after the corps, how they leveraged the TFA network during their transition, and how they stay connected with their former students and colleagues. 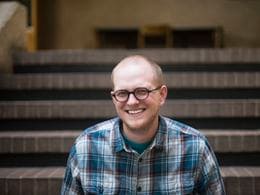 Levi Grand grew up in a small rural community in West Central Texas. So it didn’t take him long to feel right at home in Weiser, Idaho, an even smaller rural town where he taught high school English as a corps member.

“I never felt like I was part of a community as much as I did when I moved to Idaho,” Levi says.

During his time in the corps, Levi immersed himself in his school community. He taught three grade levels of high school English and revived the school’s elective Shakespeare class. He helped students plan their homecoming event. He developed close relationships with his fellow teachers, his principal, and school staff. Most of all, he developed close relationships with his students, many of whom he taught again during his second year, as they advanced to the next English course.

Levi wasn’t sure about his plans after the corps. But he was passionate about continuing to learn and grow as an educator. He applied to an education leadership program at Boise State University and was considering pursuing leadership opportunities in the district.

“I spent a lot of time just contemplating what it would look like to teach in my classroom for the next 20 years,” he says.

Then, during the spring of his second year in the corps, he received an email that altered his path.

The email contained a list of job opportunities in schools, which led him to discover an opening for a World History teacher at a KIPP school in Austin, Texas. He had heard about the school before and was intrigued by its model.

“I realized what excited me most was an opportunity to learn how to be a better teacher, and to learn from a school that has such a high percentage of students from low-income communities going on to college,” Levi says.

Levi’s excitement grew throughout his interview process. He accepted the offer and will teach freshmen World History at KIPP Brave in Austin this fall.

As Levi prepares to relocate for his new job, he’s eager for a new challenge—working in an urban community with a different student population. He’s also glad to be closer to his family in Texas. But the transition away from his newly formed community in Idaho has been emotionally tough.

“I’m still working through my feelings,” Levi says. “It was really hard when the kids found out I was leaving.”

Levi is already making plans to stay connected with his school “family” in Idaho. Some of his fellow corps members and school colleagues are planning to visit him in the fall for the Austin City Limits music festival. And he’s planning to go back to Weiser to spend Thanksgiving with the school librarian, Mrs. Alves—for the third year in a row.

“I’m honored to be considered an adopted family member,” Levi says. “I feel very lucky to have found that kind of connection here.” 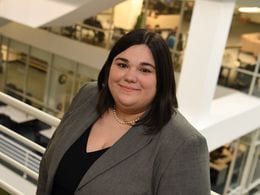 Angela first planned to go straight into law school after she finished college at the University of California San Diego. But then a close friend talked her out of it. Angela was so glad she did.

“I needed that time to grow and have a basis of understanding about the world,” she says.

Instead of law school, she joined the 2013 Kansas City corps as a founding first-grade teacher at Guadalupe Centers Elementary School. In addition to experiencing tremendous personal growth, she also came to love her new city.

“It was a nice intersection of affordability and availability of culture and activities,” Angela says. “It’s a metropolitan city with a small-town feel.”

After teaching for a third year, Angela finally did go on to law school at Seton Hall University, which meant leaving her Kansas City community and relocating to New Jersey. The strong connections she had formed in Kansas City motivated her to seek out other alums in the TFA network and find ways to serve her new community.

Once Angela started law school these connections happened quite organically. She discovered through casual conversation that several of her classmates were also TFA alums. She even found a fellow Kansas City alum who became her mentor.

Making these connections also got Angela thinking about how to give back. During grad school, she joined a fellowship that gave her the opportunity to visit schools in New York City and New Jersey, teaching 6th-grade students about protecting their personal information online. She also offered pro bono counsel and taught financial literacy courses for low-income families.

“I didn’t come into law school with a plan to mix my education background and legal background,” she says. “But after my first year in school, I wanted to do more.”

Angela recently graduated and plans to stay in New Jersey for a while. She has a position lined up as a clerk for a New Jersey state appellate division judge. She’s hoping to move into cybersecurity afterward, which has a lot of intersections with education, particularly around student data and privacy.

Looking back on her experience uprooting to a new community after the corps, Angela says the network and skills that she gained during the corps made the transition go smoothly.

“In addition to finding other TFA alums just about everywhere, so many of the skills you learn as a teacher are transferable to other parts of your life,” Angela says. “Time-management, organization, and relationship building—these are all skills you will use in every life transition.”

“I would encourage other second-year corps members to not be afraid to reach out. You’ve got Teach For America all over the country. You’re always a member.” 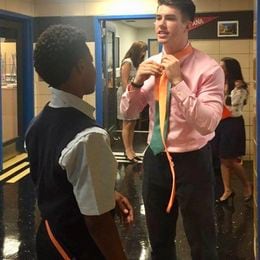 Alex Murray teaches one of his 8th graders at Success Academy how to properly tie his tie before entering homeroom.

Originally from the Boston area, Alex relocated to New York City as a corps member and taught high school social studies at Success Academy. He began contemplating his next professional move in the early spring of his second year in the corps. While he was open to new opportunities, they had to meet specific criteria: “I was looking for something that felt mission-critical to me, aligned with my values, and would leverage my classroom experience.”

As he was exploring opportunities, Alex reconnected with a former colleague from college who was working at More Than Words. The Massachusetts-based nonprofit provides job training and support for “system-involved” youth who have been involved with the foster care or juvenile court system. Young people who participate in the program earn job experience by learning how to manage a used bookstore. They run the entire operation—driving delivery trucks, stocking the warehouse, and working in retail.

After learning more about the organization, Alex felt like he’d found an opportunity that checked off all the boxes on his list. And, as a first-generation college student, he was motivated to help others navigate their path to college. “I was in a similar situation not so long ago,” he says.

So Alex moved back to the Boston area and has worked at  More Than Words for a little over a year as the career services manager. He helps to connect the program’s graduates with education and career support—including help with college applications and resume writing, mock interviews, and building connections between graduates and community partners.

“Young people who experience constant transition within foster care or who are constantly transitioning schools often feel powerless,” Alex says. “My job is to help them feel a sense of control about the decisions in their life.”

While finding the perfect job was the big reason for relocating, family also factored into Alex’s decision to leave New York and return to his hometown.

Because New York is only a train ride away from Boston, Alex has remained in close contact with some of his students. He periodically meets up for lunch with one of his favorite students from Success Academy—whose mom also sends Alex pictures of report cards and asks for advice.

Alex says that making connections with the TFA alumni network in Massachusetts was one of his first moves after relocating.

“I would encourage other second-year corps members to not be afraid to reach out,” Alex says. “You’ve got Teach For America all over the country. You’re always a member.”