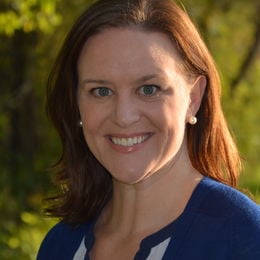 Looking through brochures at the career services office during her senior year of college, Crystal Brakke (North Carolina ‘99) knew two things: she wanted to work in education and she wanted to work in communities that were very different from the one she experienced attending high school in the affluent Minnetonka School District.

"I found a pamphlet for Teach For America. As soon as I read it, I knew it was exactly what I was looking for," Brakke says. "It was a chance to teach and to learn. So I sent the paper application off in the mail and joined the 1999 corps in rural North Carolina."

Brakke had just returned to Maine’s Colby College after spending January term at home in Minnesota. She'd spent the last month interning at a local elementary school, providing intervention for students who were behind in reading. In that short time, it became clear to her that this support was not typical or available to students in other parts of the country. It wasn't the first time she'd had this realization, having also attended St. Paul Public Schools and Hopkins Public Schools growing up. As her dad progressed in his career and her family's socio-economic position changed, she noticed changes in the schools she was attending. The wealthier the school, the larger the demographic of white students and the more college was an expectation rather than a question.

When Crystal told her friends and family that she was joining TFA, not many of them knew what it was. The organization had only been around for nine years. All 800 corps members that year went to Houston, Texas, for institute, the summer training corps members receive before teaching in the fall. After training, she fulfilled her two-year commitment teaching 8th-grade language arts at Henderson Middle School in North Carolina.

"The experience was amazing, uplifting, affirming, and really, really challenging," she says.

Around this time, in the early to mid-2000s, Crystal shared that TFA was growing and the conversations surrounding it were becoming more critical as its influence in the country's educational system also grew. In 2009, TFA Twin Cities launched and brought those conversations to Minnesota's landscape.

"There's a perception that we already have an outstanding public education system," Brakke says, "and that's true for some, but not for all."

In 2012, after years of serving TFA in roles that ranged from recruitment to summer training institute, she became the executive director of the Twin Cities office. She took on the position at a delicate and crucial time for the region, with TFA's role in the local ecosystem continuing to be challenged. Under this scrutiny, Brakke still managed to secure a partnership with the University of Minnesota Twin Cities.

"That was one of my proudest accomplishments. We worked hard to bridge some deep divides," recalls Brakke. "It wasn't easy to get there."

She credits the success to building personal relationships that were authentic rather than transactional, and being able to connect on commonalities. She also credits many, many cups of coffee sitting across from people who didn't necessarily agree with her work.

"These aren't things that happen magically. It takes time and many conversations talking about your differences in opinions, talking about your personal experiences and challenging each other, but it came down to a common understanding that if there were things we could do together that would make our system better for all children, we have to do those things," Brakke says. "Even knowing we were never going to agree on everything, and that's okay, we were still able to have a conversation."

Today, Brakke serves as a school board member for Richfield Public Schools and continues to work for Teach For America as its vice president, ombuds. As TFA Twin Cities approaches its 10th anniversary, she remains hopeful looking at the work ahead. She notes student voice and student leadership growth in the community as her main source of inspiration going forward.

"That gives me enthusiasm for the future—to see that young people are becoming involved in the conversation around their own education. I hope we can begin responding to them, beyond just listening to them," she says. "Education doesn't just live in a vacuum. I hope in the next 10 years, we actively work to take a more holistic approach when working towards policy reform. Students move through this world and have experiences that are affected by their education, even once they're done with school. Their time in school can affect how they experience society, and also how they view themselves."