What Will it Take to Transform Education in Our Community? 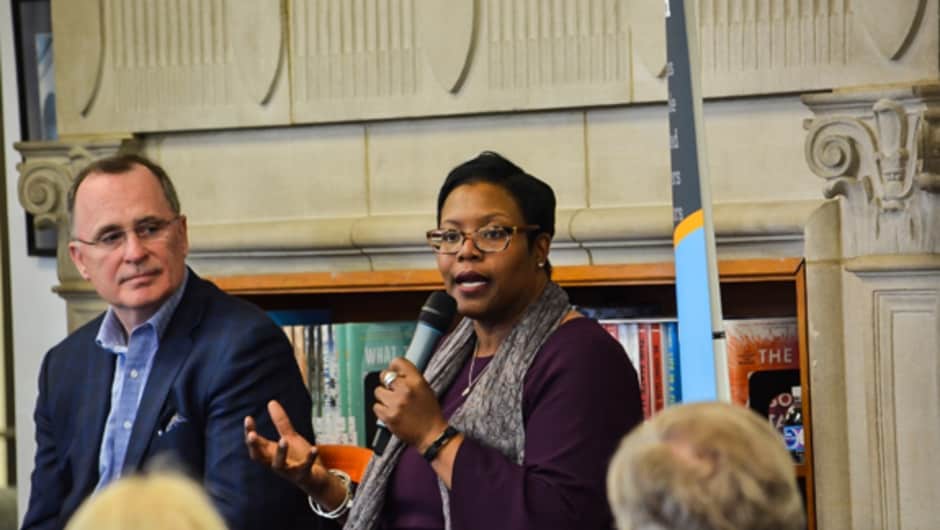 Schools are just the crossroads of where all societal problems meet,” said TFA board member and former Chancellor of DC Public Schools, Kaya Henderson as she spoke at the TFA-DFW Pathway to One Day event in February.

Teach For America’s impact on the successes of Henderson and DC Public School is impressive. Henderson stated, "I will say unequivocally that DC, the city, would not be where it is educationally without TFA. Period. The end." She called upon her network of TFA alums, she told them something big was about to happen in DC. When they got that call they knew it was time to move, even without knowing what their job or salary would be when they arrived. At the time, Washington DC had 700 alumni who were prepared to answer her call. Currently, the DFW Metroplex has 1,000 alumni, Henderson charged our region to have twice the impact in a half the time.

While Chancellor of DC Public Schools, Henderson used the power of philanthropic donors to implement new initiatives within curriculum, staffing, and district operations. "If you’re going to do transformative work, you need new dollars. Otherwise, you sacrifice something that is already working,” Henderson said when reflecting on the great importance of philanthropic dollars in education reform. She prioritized allocating resources to find great teachers, because if you do not have good people everything else is for naught. When the school board could not provide her with funding to invest in Pre-K, she turned to the community and recruited donors. Today, 90 percent of 4-year-olds and 72 percent of 3-year-olds are in full-time Pre-K in the DC metro area. The money and the innovations paid off! During her tenure, DC Public Schools was the fastest improving urban school district in the country.

Kaya Henderson’s reflections, nuggets of wisdom, and words of advice energized and inspired the TFA-DFW community. Teach For America corps members, alumni, staff, and community leaders have heeded Henderson’s charge and continue on their fight towards radically and rapidly transforming the DFW education system.