Since launching in 1993, AmeriCorps has been essential to Teach For America’s work to develop leaders for educational equity and excellence and help drive progress for students in communities across the country. 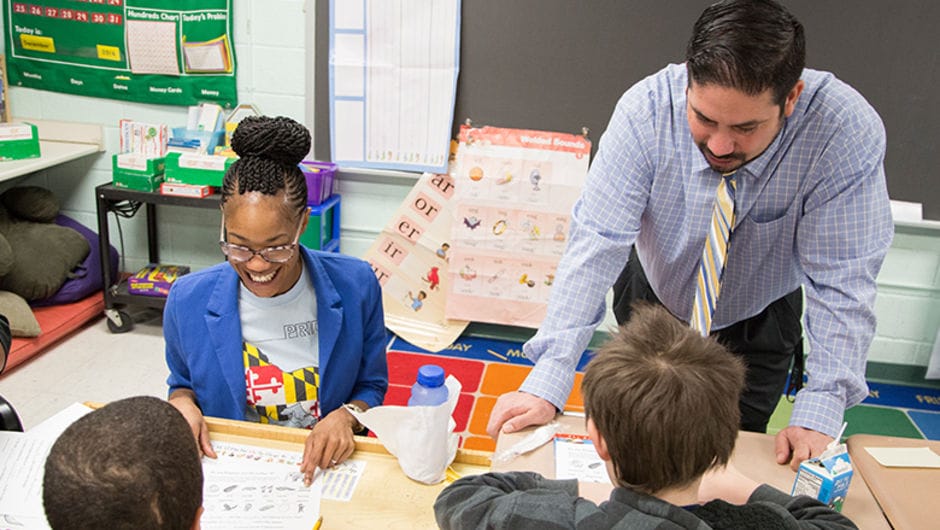 When AmeriCorps launched in 1993, I was a junior at Nikki Rowe High School in the Rio Grande Valley of South Texas. When I wasn’t studying or hanging out with friends, I was focused on perfecting my jump shot. Though I didn’t know it then, just five years later I would join Teach For America as a corps member in Phoenix. Like so many before and since, I had the audacity to believe young people could make a meaningful difference in our country’s pursuit of its ideals. I was bound to my Teach For America community by a fierce, shared conviction that all children should have the opportunity to write their own stories and fulfill their true potential. And we were able to live into that conviction because of the AmeriCorps education award.

These awards, which are used to pay for college tuition or to pay down student-loan debt, make it possible for young people from all walks of life to join Teach For America and many other AmeriCorps partner programs. AmeriCorps support is critical to our ability to recruit an increasingly diverse group of leaders to bring their passion and talent to the effort to end educational inequity. In 2017, our incoming corps was about half people of color and half white; one-third of corps members were the first in their family to attend college; and nearly 45 percent received Pell Grants. More than 150 were taught by corps members themselves when they were students.

Teach For America was an original partner of AmeriCorps in 1993, when we were only 3 years old, with an incoming corps numbering about 500 in 12 regions: Baltimore, the Bay Area in California, Eastern North Carolina, Houston, Los Angeles, the Mississippi Delta, Newark, New Orleans, New York City, the Rio Grande Valley, South Louisiana, and Washington, D.C. When I look at those 12 regions today, I see progress that would not be possible without the Teach For America network and the partnership of AmeriCorps.

Progress like that in Oakland, where Teach For America alumni have helped transform the recruitment and development of teachers and principals with their leadership in two national organizations: TNTP, whose founder and current president are alumni, and New Leaders. Through our collective efforts, more than 70 TFA alumni have developed as local school leaders, driving progress across the city’s 118 schools. Alumni have also brought together parents, leaders, and educators to advocate for policy changes and founded advocacy organizations such as Great Oakland Public Schools, and alumnus David Silver (Los Angeles ’95) serves as director of education for Oakland Mayor Libby Schaaf.  ​

David codesigned the new Oakland Promise initiative, a cradle-to-career program that aims to triple the number of kids from low-income communities who graduate from college. In its first two years, working through the East Bay College Fund, the program has provided 700 high school seniors up to $16,000 to help pay for college books, tuition fees, and other costs over four years, as well as a mentor to navigate college life. This collective effort involves the Oakland Unified School District, charter schools, advocacy organizations, local philanthropies, early childhood education programs, libraries, and colleges. 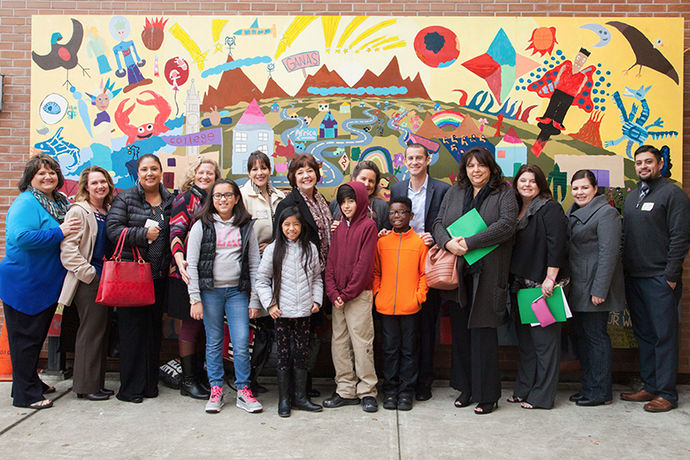 The partnership of AmeriCorps helps Teach For America contribute to progress in communities including Oakland, where TFA alumnus David Silver (Los Angeles ’95) is working with other community leaders to create cradle-to-career support for students.

In Baltimore, we saw the impact of a community effort in the face of a 2016 budget deficit that was among the city school district’s most challenging ever. Baltimore City Schools had forecasted 1,000 layoffs, larger class sizes, and the loss of important school programs. Baltimoreans for Educational Equity (BEE), led by Teach For America alumna Taylor Stewart (Baltimore ’07), partnered with Baltimoreans United In Leadership Development (BUILD) to rally the community to support students and advocate for increased funding. Baltimore City Councilman Zeke Berzoff-Cohen (Baltimore ’08), teacher Kim Coleman (Baltimore ’05), Maryland State Senator Bill Ferguson (Baltimore ’05), and principal Chris Turk (Baltimore ’07) were among the Teach For America alumni and other local leaders who raised their voices tirelessly in support of students, schools, and communities. Their concerted effort was recognized as a major reason that the district was able to bring in local and state funding to narrow the budget gap.

It’s also incredible to go home to the Rio Grande Valley and see dramatic progress toward a vision that 25 years ago we could not have dreamed. Pharr–San Juan–Alamo Independent School District, where many Teach For America corps members and alumni work, has increased its graduation rate from 72.5 percent in 1998 to 92 percent in 2016. Almost all high schools in South Texas districts have early-college options for students, setting a powerful expectation that students will go on to college. And IDEA Public Schools, founded by Teach For America alumni JoAnn Gama (Rio Grande Valley ’97) now operates 61 campuses, serving 23,000 students in low-income communities across Texas, 34 of them in the Valley.

Change is happening in schools and districts in rural and urban communities across America, where leaders are coalescing around a new bar for what’s possible. This would not be happening without Teach For America, working alongside brilliant students and committed educators and families—and with the partnership of AmeriCorps.

As we celebrate AmeriCorps Week, I’m so grateful for the support of AmeriCorps and its parent agency, the Corporation for National and Community Service. When I consider all that they have made possible since 1993, it’s even more disheartening to see what has become an annual debate on the federal government’s investment in national service. With the president’s latest budget proposal calling for defunding CNCS, effectively shutting down AmeriCorps, it’s more important than ever to shine a spotlight on a concept—the value of serving others—that unites our country across the political spectrum.

I urge Congress, Democrats and Republicans alike, to maintain current funding levels and reject the president’s budget proposal between now and October. This is what our country needs for a future that is more compassionate, prosperous, and just. As Teach For America looks toward that future across our more than 50 regions, we continue to count on AmeriCorps as an essential partner to develop the leaders of tomorrow.

For more information on what you can do to support continued funding of AmeriCorps and CNCS, visit Voices for Service