Applying to Teach For America is Different this Year

The streamlined application, starting in 2016, responds to the desires of a new generation of aspiring corps members. 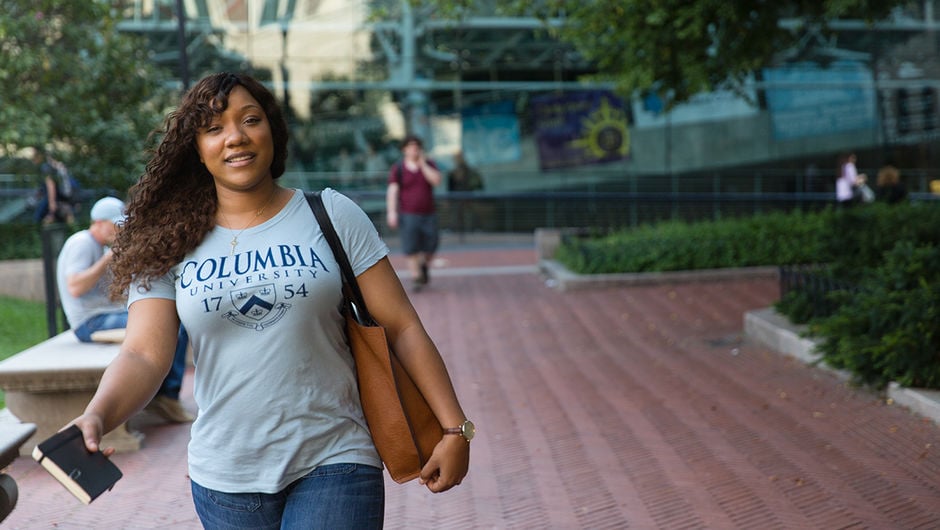 This year, Teach For America applicants will experience a more streamlined, personalized journey from application to assignment than in years past. These changes come as Teach For America shifts to improve the experience of applicants and compete more effectively with companies—including technology giants—that also recruit nationally for diverse, multi-talented leaders in the making. The goal: Put more corps members in classrooms on the first day of school next fall.

Enrollment in the corps has been dropping for the last four years, mirroring an enrollment drop in teacher preparation programs nationally. A detailed analysis of what’s influencing today’s graduates and how competitors are positioning themselves—geared to uncovering why Teach For America has been losing recruits to other companies—found that early contact and a speedy application process are of the essence.

While Teach For America is not lowering the bar for admission, “you’re going to see us moving the application process earlier and faster, because that’s how it works for this generation of applicants,” says Sean Waldheim, vice president of Admissions. “The majority of candidates at schools with the most competition have a pretty good sense of where they will be working before they enter their senior year.”

In line with comprehensive strategies to attract a corps that is not only bigger but also diverse, more than 830 applicants were admitted to the 2017 corps through an early decision process last spring. While they finish college this year, they’ll be able to explore the work ahead by pairing with alumni mentors, visiting regions, and attending alumni affinity group summits, among other activities.

As for this year’s applicants, completing an initial application now takes about half the time (roughly two hours) it previously did, and those who clear the first look will move through the process to interview day with fewer steps. They’ll get a decision—admitted or not—more quickly than in years past. Then they’ll have a week to work with a regional placement expert who can fill in the picture of 53 regions and help applicants narrow their choices to regions that match their priorities and needs.

Changes to the application and assignment process have been piloted, focus-grouped, and measured for impact. One example is the regional placement service, which puts an accepted applicant on the phone with a staff expert. Almost two-thirds of applicants who piloted the service chose a region a staff member recommended, and more than 90 percent said they would recommend the process to a friend. Results from this year’s first application deadline are promising, with an increase in applications over the same period last year.

Right now the recruiting climate is tough, Waldheim notes, not just for anyone trying to hire teachers but also for nonprofits in general. An analysis by the Admissions team of LinkedIn data showed that Teach For America was the only nonprofit social-impact organization among the 25 companies and organizations with the most hires from the most competitive schools last year.

“We’re all competing for many of the same graduates,” Waldheim says. “What’s changed is technology firms have intensified their recruitment efforts. These are the wealthiest corporations in the history of the world, and they believe the number one key to their success is talent recruitment. The competitive scene has become unbelievably intense.

“We also have folks who saw their families really struggle economically through the recession,” Waldheim says. “Many felt that their parents sacrificed the tiny bit they had to get them through college, so they feel a tremendous amount of pressure to take a job that’s going to set them up for economic success, and do that immediately.”

Ongoing criticism of Teach For America and opposition on some campuses are factors in the recruiting headwinds, Waldheim says. But he adds those can inspire important conversations, leading recruits to think deeply about the complexity of the effort to achieve educational equity. “We have a savvy audience that’s already thinking about issues of social justice and our impact.”

For alumni—many of whom support the application process by helping with screenings—a noticeable change this year is the elimination of the phone interview (giving applicants fewer steps to manage). Instead of conducting phone screens, many alumni are screening initial applications. 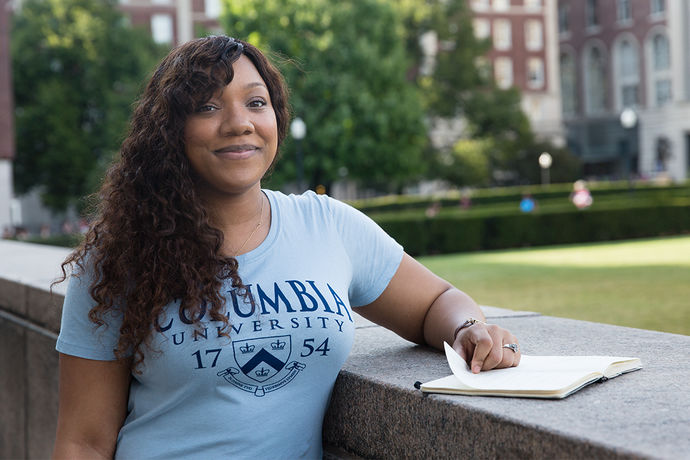 Vida Biggins, a 28-year-old senior in Columbia University’s School of General Studies, is one of more than 830 applicants who were admitted early to the 2017 corps.

Biggins knows the difference one teacher can make, with just one remark. In eighth grade, she says, “my favorite teacher pulled me aside and said, ‘School is not for you. You’ll probably do fine in the real world, but school is not for you.’” Biggins dropped out at age 14, immediately found a job, and took 10 years to work her way back to college. “I want to be that teacher I needed when I was 11 or 12,” she says.

At Columbia’s School of General Studies, Biggins is the multicultural affairs policy representative to the student council and the vice president of the Students of Color Alliance. “Social justice is really important to me, and I knew I wanted to go into my senior year with a plan, versus feeling like I was scrambling,” she says. “So I looked up Teach For America online, did a bunch of research, saw that there was an early admissions process, and decided to go for it.”