A Path Made Clear: A Latinx Alum’s Pursuit of Justice and Humanity

An immigration attorney and TFA alum shares her advice for educators on supporting immigrant and undocumented communities. 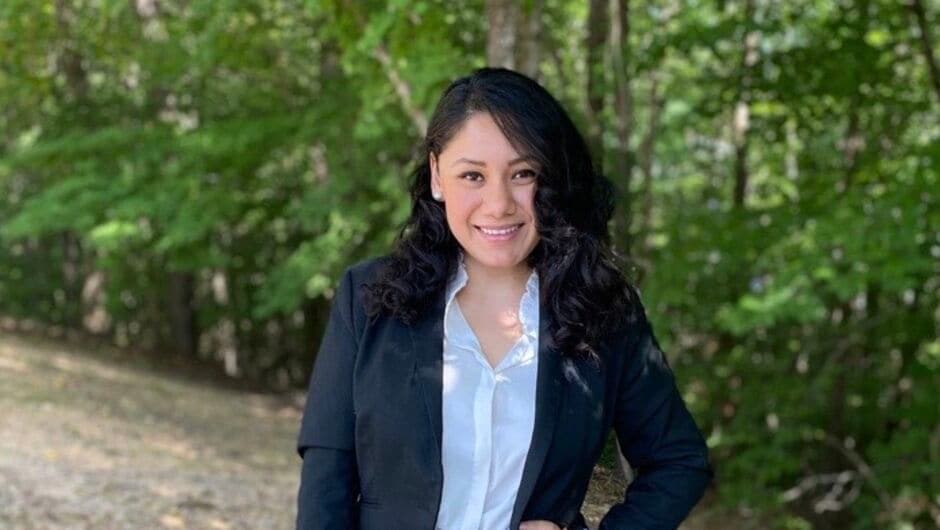 Jaquelinne Murillo Figueroa was born in Guanajuato, Mexico, and lived there until she was 10 years old, when her family immigrated to the United States and moved to Kannapolis, North Carolina. It was there that Jaquelinne attended public school; she went on to attend college at North Carolina State University.

After graduating, Jaquelinne joined the Teach For America corps, serving students in the Rio Grande Valley for two years before eventually heading back to North Carolina to attend law school. Jaquelinne now serves as a removal defense immigration attorney with the U.S. Committee for Refugees and Immigrants and lives in Raleigh, North Carolina. We spoke to her about her journey from teaching to law school, and more.

How did you decide to pursue your law degree following the corps?

I actually didn’t know I wanted to practice law until I was in the corps. The Rio Grande Valley program team hosted professional development days for corps members and they would invite different organizations to present to the corps to share about the work they did in the community. At one event, an attorney from the Young Center for Immigrant Children’s Rights shared about providing legal counsel to unaccompanied minors apprehended at the border.

After learning more about their work, I went to a training they held and began volunteering as a child advocate. I visited children at local detention centers—“shelters”—many of which were less than 30 minutes from where I was living and teaching at the time.

The experience was eye-opening. I would listen as children told me their stories of coming to the United States. Though I was proximate to immigration because of my family and my own experience, working with the children at the detention center revealed how the immigration experience was impacting others—it gave me a new perspective.

While working as a child advocate, I developed interest in going to law school, and knew that I specifically wanted to focus on immigration and removal defense. I took the LSAT my second year of teaching and applied to law school and ended up back in Raleigh, where I attended Campbell University’s School of Law.

What advice would you have for educators as they support immigrant communities, and particularly undocumented communities?

My biggest piece of advice is to become educated on the issue. By this, I don’t mean learning all of the details of immigration law, but rather, educating yourself about the impact the issue can have on immigrant families. Learning to support the children in specific ways is important.

For example, if you are serving a student whose family member is being impacted by removal proceedings, understand that this situation impacts the entire family and causes trauma—a whole child’s life trajectory can change based on the impact of immigration proceedings. Understanding more about your student’s firsthand experience is important, and will help you to more effectively address the nuances of the different situations you may face when working with immigrant communities.

Another way to support students would be to facilitate whole class discussions on topics related to immigration. De-stigmatizing and challenging the negative narrative that has been perpetuated about immigrant communities is important and can help foster healthier dialogue between classmates.

“I didn’t see or meet any Latinx attorneys growing up and I was one of the few in my law school class. It is important for students to be able to see themselves represented in other professions and careers so they know what is possible and waiting in their future. ”

How has your corps experience shaped the way you approach supporting immigrant communities now in your role as an attorney?

I am a native Spanish-speaker and during my time in the corps, I used both Spanish and English to work with my students. I worked with students who needed concepts explained in different ways so that all of the students in my class understood. I’ve directly applied this skill I gained in the corps to my work now as an attorney.

One other critical skill I learned was building strong relationships with families. In the corps, I communicated and built relationships with family members so I could better support my students. Now, I work with clients who also have families who are being impacted by the situation. It isn’t just the one person going through the proceedings—every family member is impacted, so it is just as important to communicate with them as it is about communicating with the client.

What are your hopes for Latinx students in our state?

My hope is that we get to a point where every student receives the resources and guidance and mentorship that all other students do. I have been a student here in North Carolina from public school, to college, to law school. There is still a stigma about Latinx students that needs to be addressed within the education system.

Until we get rid of the stigma, all Latinx students will not have access to the same opportunities. I think about this especially as a working professional—I didn’t see or meet any Latinx attorneys growing up and I was one of the few in my law school class. It is important for students to be able to see themselves represented in other professions and careers so they know what is possible and waiting in their future.

Check out this initiative started by Jaquelinne and fellow North Carolina Society of Hispanic Professionals board members to give students the opportunity to talk with Hispanic professionals about their careers!