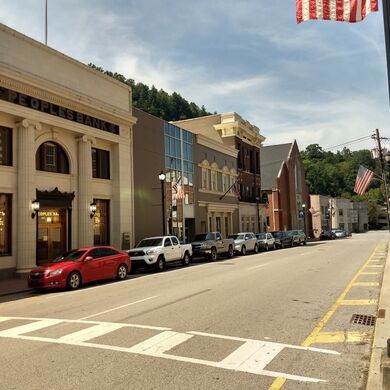 Meet the city commissioner and educator who is betting big on downtown revitalization and the opportunities it can bring to students in Appalachia.

Luke Glaser (Appalachia ‘13) splits his time between two demanding jobs: his elected role as city commissioner of Hazard, Kentucky, and his role as a full-time teacher at Hazard High School, where he has taught for over seven years.

With a foot both in local government and in local education, Luke has unique insights into what the future of community leadership in Appalachia looks like, and what skills and support students need to become those leaders.

Appalachia, like many rural communities in America, faces economic and educational challenges as a result of underinvestment and the loss of industry. But educators, community leaders, and students in Appalachia are working tirelessly to ensure that future generations have the skills and education necessary to overcome these challenges. This passion is what drew Luke to the region after graduating from University of Kentucky.

After visiting Eastern Kentucky to learn about the rural broadband gap, I spoke with Luke—who is now halfway into his two-year term—to learn about his work as the city commissioner.

What are some big projects you’re working on as city commissioner?

My most successful projects have been creating opportunities for citizens to engage with local government, especially young people. I had a lot of help in creating what we believe is the most comprehensive city internship for high school and college students in the state of Kentucky.

Our first class of fellows last summer raised $20,000 to build a dog park in Hazard. We were very proud of them. Then the other things they have to do entail shadowing key stakeholders in the community, attending civic meetings, and other important functions during the summer.

It's a paid internship too, which is also something we're very, very proud of. We had two high school students and one college student, and we're hoping to grow it from there, and there's a lot of excitement about it now that we've had our first successful class.

A lot of your city commissioner campaign focused on downtown revitalization. How do you think a revitalized downtown helps people in rural communities, including students?

I sometimes sit back, and I think, “Is this just the fad of the moment? Is downtown revitalization--which you're starting to see in larger cities--just a fad that smaller towns are going to try to copy and end up just wasting a lot of money?”

But at all of those community meetings and events, it was a common theme: "Our downtown used to have this, and we used to do this downtown, and downtown's nothing like it used to be."

I believe that it is important to begin there as part of my vision, that Hazard is a place where things can happen, where businesses can open, where young people can be called to come or return to, as opposed to forced to stay. I think that a revitalized downtown gives people a reason to hope, and believe, and be optimistic.

Could you speak more about the importance of making sure Hazard is a place where “things can happen” for young people?

Sure. Have you read Hollowing Out the Middle?

No. What is that about?

It's all about the rural brain drain. I'm reading it right now, but it's incredibly gripping. Basically, the pattern is, your best and your brightest students, who often come from the higher socio-economic families in the area, we push them to do very well. We show them off. We create opportunities for them.

Almost all of them will go off to college, be that in-state or out of state, and none of those students come back. There's more opportunities in the cities. There's more things to do in cities. They get a taste of that at college, and they just don't see home as an opportunity. A lot of people say, "A measure of your success in life is whether or not you're able to get out of here."

My firm belief is that it does not have to be that way and that you can find value and meaning with whatever you do by coming home, and using your position, and using your skill, to revitalize and bring back the city that raised you. That's something that I've been projecting to students through a curriculum I created.

How do you incorporate lessons like those into your curriculum? Do you have any particular projects that cover Appalachian revitalization?

In my pre-calculus class, I created a curriculum called calculus-based problem solvers, in which students learn a problem-solving model. They use that problem-solving model to solve math problems, and then simultaneously we do Socratic seminars where we read articles and watch videos about the types of challenges in the local area.

In the spring semester, they work with a local community member and myself on a jury project, in which they pick a problem and go through the problem-solving model to arrive at a solution.

That sounds like an incredible curriculum. And as an educator, what is your experience like with the rural broadband gap? How does it impact the community?

My experience is that the fastest internet in any community in Appalachia is probably going to be at your schools. That's where the most focus is. For example, if I'm uploading a YouTube video, it might take me two hours at home, it'll take me like 10 minutes up at the school. My students and I are blessed with high-speed internet.

Where you see issues with broadband is in the larger community. Remote opportunities are becoming more and more important to isolated rural communities that don't really have an interstate nearby. For example, I visited Appalachian Regional Hospital over the summer, since it is our largest employer, and telehealth is becoming a huge priority for them. As these hospitals adapt more and more, and new technology is introduced, we are going to need the internet lift that will be required to have those sorts of resources.

Is there anything else you want readers to know about Appalachia?

The thing I want to leave people with, any time I converse about Appalachia, is that the students of Appalachia and the people of Appalachia are just as intelligent, just as driven, just as competitive as people anywhere else.

We are just faced with a situation where we have to accomplish a lot more, it seems like, with a lot less. It is a fight, and we are happy to be fighting it. Just think about the whole story before you have any mindset about what it actually is.

This interview has been edited and condensed.

Read More About the Rural Broadband Gap in Appalachia

Millions of students in rural America are falling behind in school and beyond, simply because high-speed internet is unreliable or unavailable in their communities.

Henderson Collegiate provides a paradigm of what is possible in public education for disadvantaged children in rural areas. 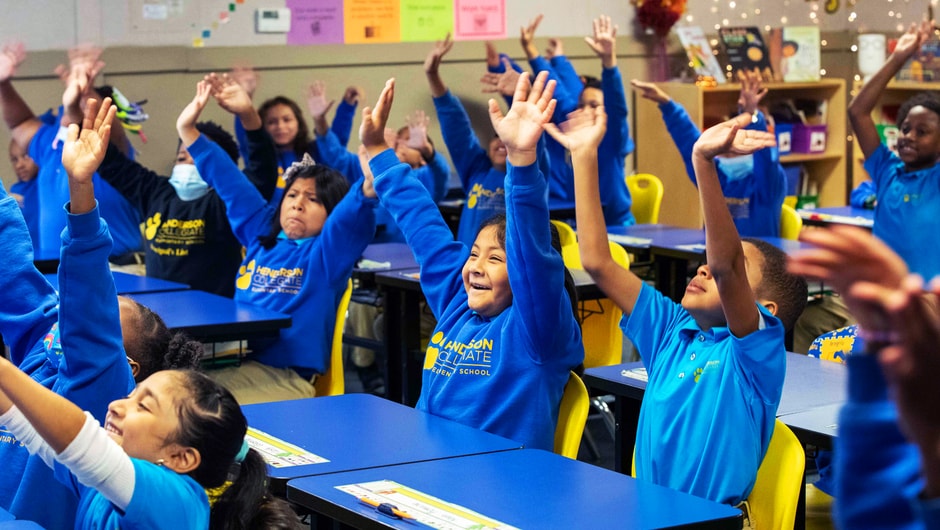 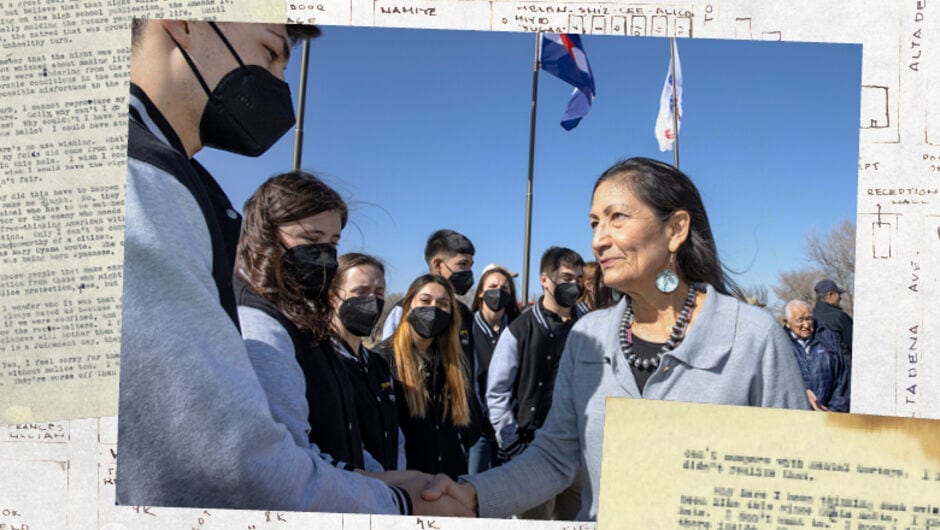 When a pandemic interrupted this Kentucky senior's plans to compete and dance around the country, she brought the rhythm to her hometown instead. 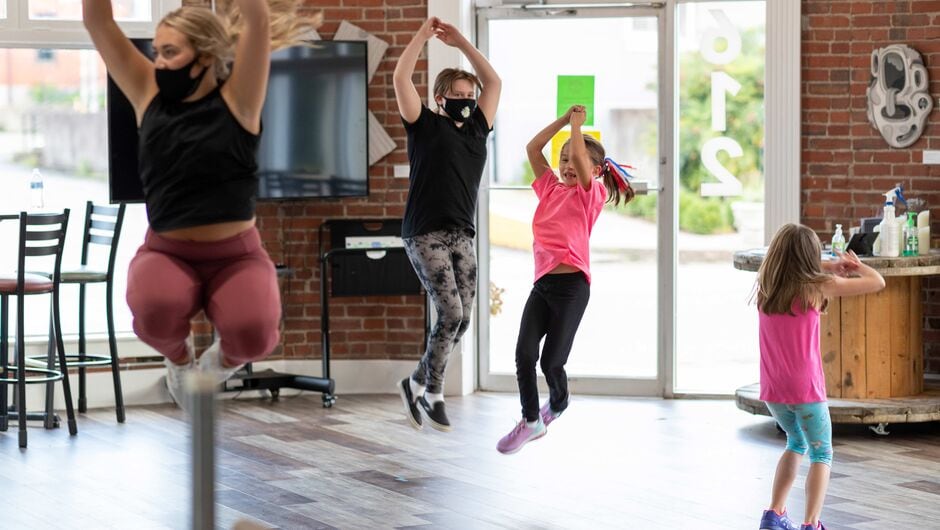