On June 12, 2020, over 3000 incoming Teach For America corps members joined TFA staff to celebrate the start of Virtual Summer Teacher Training with a special kickoff event. Watch below to view livestream, featuring a conversation with Jesse Williams, student voices, performances, and more.

“For the first time, our entire incoming corps is experiencing this moment together. More than 3000 leaders, beginning a life-changing experience together, right now. ” 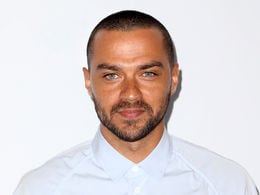 Jesse Williams is an activist/actor/entrepreneur and former high school teacher. He plays ‘Dr. Jackson Avery’ in ABC’s hit series “Grey’s Anatomy” and has appeared in films including Lee Daniels’ “The Butler,” “The Cabin in the Woods,” “Band Aid” and the upcoming “Jacob’s Ladder” and “Selah and the Spades.” He will make his feature directorial debut with the upcoming film “Till.”

Williams is the co-founder of the Ebroji Mobile App, a popular cultural language keyboard and BLeBRiTY game, a very successful black culturally centered mobile game. He's also a partner and board member of Scholly, a mobile app that has connected students directly to over 80 million dollars in unclaimed scholarships.

Williams is founder of the production company, farWord Inc. and the executive producer of “Question Bridge: Black Males,” a series of transmedia art installations on display as part of the Smithsonian National Museum of African American History and Culture's permanent collection. Their curriculum and content is available for a limited time at QuestionBridge.com.

Williams gained international attention for his 2016 BET Humanitarian Award acceptance speech. He is also the youngest to sit on the Board of Directors for both Advancement Project, a leading national civil rights advocacy organization, and Harry Belafonte’s arts and social justice organization, Sankofa.org. 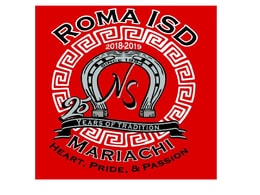 Mariachi Nuevo Santander is made up of students at Roma High School. The school, whose community of teachers includes corps members and alumni alike, is located in Roma, Texas in the Rio Grande Valley. Since 1994, the program has won 14 National Titles, appeared on America's Got Talent and The Kelly Clarkson Show, and recently went viral for one of their home performances during the pandemic. The performance you will see today was arranged by their director, Eloy Garza. Learn more about Roma ISD's Mariachi Program and see more performances on their Facebook page. 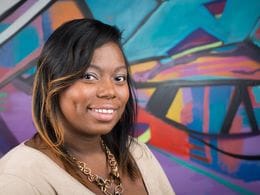 ChaKia Parham currently serves as the vice president of regional support and engagement for Teach For America and is charged with building the capacity of program staff across the organization’s 51 regions. In her role, she also provides direct leadership coaching to regional executives. This summer, ChaKia will serve as a cluster leader during Virtual Summer Teacher Training, responsible for onboarding, and developing a group of approximately 400 incoming corps members.

ChaKia earned her B.S. in psychology with a concentration in educational psychology from Howard University and obtained her M.Ed in Educational Leadership from the University of North Texas. She has completed training in conscious leadership and identifies as a coach and holder of space for others. 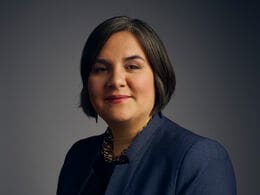 Elisa’s journey with Teach For America started as a 1998 corps member in Phoenix. She joined staff in 2001 to lead the organization’s work in her hometown in the Rio Grande Valley of South Texas. Four years later, she became chief operating officer, leading Teach For America’s field operations as the organization expanded from 22 to 48 regions, growing its network from 12,500 to more than 43,000 leaders in 2013 while improving student outcomes each year.

In 2015, Elisa became chief executive officer of Teach For America. Today, under her leadership, Teach For America impacts hundreds of thousands of students each year in some 2,500 schools across the country. The Teach For America network of 62,000 leaders is working inside and outside the classroom to ensure that all children have the access and opportunity to reach their full potential and achieve their dreams.

Elisa holds a B.A. in sociology from DePauw University. She sits on the boards of the Holdsworth Center and Leadership for Educational Equity. She lives in Houston with her husband, Jeremy, and their four sons. 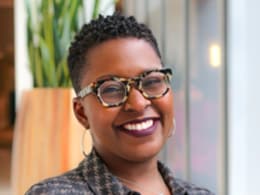 A proud graduate of Florida A&M University, LaNiesha started her teaching career in Metro Atlanta, where she taught middle school science and reading. In 2005, she joined Teach For America as manager of institute support for the charter Atlanta summer institute. In 2007, she joined the national Knowledge Development team, where she played a key role in refining and explicating our shared vision of transformational teaching through the Teaching as Leadership rubric, resulting in the launch of the Teaching As Leadership Online Navigator and the published Teaching As Leadership textbook. In 2008, she returned to the Atlanta Institute team, where she supported her team to meet their student achievement, corps culture, and staff satisfaction goals. In August of 2011, she moved into the senior managing director of institute role and then in 2013 became the vice president of institutes, overseeing all national institutes. She became Senior Vice President of the National Teacher Leadership Development team in October of 2016. LaNiesha is originally from Dallas, Texas, and currently resides in Atlanta, Georgia, with her husband Brannan and three children—Kenni Rose, Stone, and Reese.