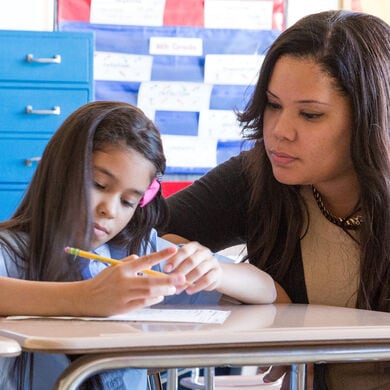 Inspiring the Next Generation of Women in Local Leadership

In honor of Women’s History Month, we're celebrating women across the Teach For America network who are empowering women and girls to get involved in civic leadership.

This year, Women’s History Month falls in the middle of the presidential primary season. It's a moment to reflect on the women throughout history who have paved the way for women’s’ rights—the right to vote, and the right to have a voice in decisions that impact our lives.

Across the country, powerful women are building coalitions and exercising their voices. They are also serving as role models, mentors, and pioneers in fields where women are typically underrepresented.

In honor of Women’s History Month, we are highlighting a few women across Teach For America’s network who are leading in this way: showing girls what it looks like to be leaders in their community and supporting other women in taking the first steps in their political careers. We also look at the programs they are leading and participating in that are focused on preparing women and girls as the leaders of today and the leaders of tomorrow.

Bianca Rosales (San Antonio ‘17) knew at a young age that her voice mattered. She comes from a family of community activists and recalls her mother telling her there’s nothing she can’t do. But like many girls, she sometimes questioned her place in the world.

“As a Latina who has struggled with impostor syndrome I always felt the need for support systems for women and women of color, to help see them through their greatest potential,” Bianca says.

Bianca is now in her third year teaching at Charles Grabner Elementary School on the Southside of San Antonio—the same school her grandfather attended. Last year Bianca collaborated with several other female teachers at the school to launch She Is, an afterschool program for girls in third, fourth, and fifth grades. The focus of the program is twofold: empower girls through social-emotional learning and expose them to strong female leaders in their community who look like them.

Around 70 girls participate in the She Is program. The program’s leaders meet with a small cohort of girls each week to practice interpersonal skills such as making friends, resolving conflict, and coping with stress and anxiety.

Once a month, the entire group comes together to hear a Latina professional from the community—including attorneys, doctors, and business leaders—speak to the girls about what they do.

“I feel passionate about leadership development and exposing our young girls to Latina women who are doing amazing things in fields that we don't typically see them in,” Bianca says. 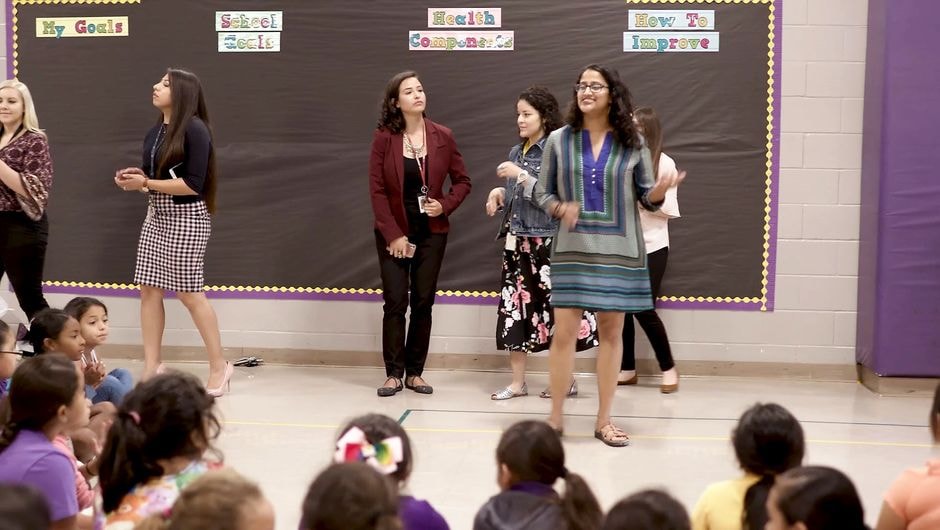 Bianca Rosales (center) helps connect elementary school girls with female role models in San Antonio through the She Is program.

Last year, She Is took the girls on a field trip to the University of Texas in Austin, where they got to explore college dorms and learn about STEM opportunities. This year Bianca says she wants to expand the field trips to include a visit to the law school at St. Mary's University, and have the girls sit in on a city council meeting to learn about the inner workings of local government.

“I truly value local government, because it is the most accessible for our community and often where we can make the most powerful and direct impact,” Bianca says.

Bianca grew up in the neighborhood where she currently teaches and she feels a deep connection to its history and a strong desire to shape its future.

Outside of teaching, Bianca is involved in community organizing efforts with San Antonio Rising in Solidarity for Equity (SA RISE), a grassroots group of community leaders including many teachers as well as students, families and the community-at-large. The group seeks to build a base of power that will affect educational change through social and political action.

The group is currently hosting civic academies where community members and educators come together to discuss issues and learn about policies in San Antonio’s district schools.

Bianca has ambitions of furthering her civic leadership experience and going to law school. And though she still sometimes has moments of self-doubt, she says she draws strength from female role models in her life. Among them is her grandmother, the second woman to serve as president of the League of United Latin-American Citizens in the organization’s 91-year history.

“I have aspirations that I sometimes feel like are unrealistic,” Bianca says. “But then I look at certain women in my life and I am like, no, it's not unrealistic. I know plenty of people who've done it, and I know I can do it too."

Having access to women in your circle who have forged a path into elected leadership can be a lifeline for women who are considering running for public office. TFA alumni have the added benefit of being able to tap into a support network that includes women working in policy and serving in public office, who can offer advice, support, and mentorship.

This support network became invaluable when Tashon McKeithan felt the tug back into public service after moving to Southern California. Tashon began her career teaching elementary school in the South Bronx as a 1997 corps member and spent two decades in school administration. She is currently the director of the Piper preschool in Los Angeles and started volunteering for local community events as a way to get more involved in her new city. It wasn’t until she was contacted by Leadership for Educational Equity (LEE), a nonpartisan organization that supports TFA alums who are interested in civic and political leadership, that she considered running a for a position on her local school board.

“I had never thought about it probably because I didn't have models to look at—people close to me who were doing the work,” Tashon says.

“If we continue to pull other women along in our journey, we won't have to start so many sentences with, ‘She is the first woman to…’”

Jasmine Bowles also felt emboldened to run for her local school board after she ran for a seat on the Georgia House of Representatives in her district, 80 days before the end of the race, and came in third out of five candidates. An Atlanta native and 2010 Miami-Dade alum, she is passionate about civic leadership and serves as vice president of strategy and programs at School Board Partners, a national organization that supports school board leaders who are focused on advancing diversity and equity in their districts. Jasmine is also an active community organizer and the founder of PROOF, Inc., a platform for connecting residents in her neighborhood with information and resources to engage in local affairs.

Both women found support and connections through LEE to run their campaigns and deepen their expertise with education policy. Tashon participated in LEE’s Women in Political Leadership Program, where she connected with other women interested in running for elected office and demystified the process of running a campaign. The program offered a hands-on workshop for campaign planning as well as ongoing coaching and support. Tashon says the defining moment of the program was when each woman in her cohort stood up and announced what year she was committing to running for office.

“It was just incredibly powerful to see an entire room full of women claim this space,” Tashon says.” 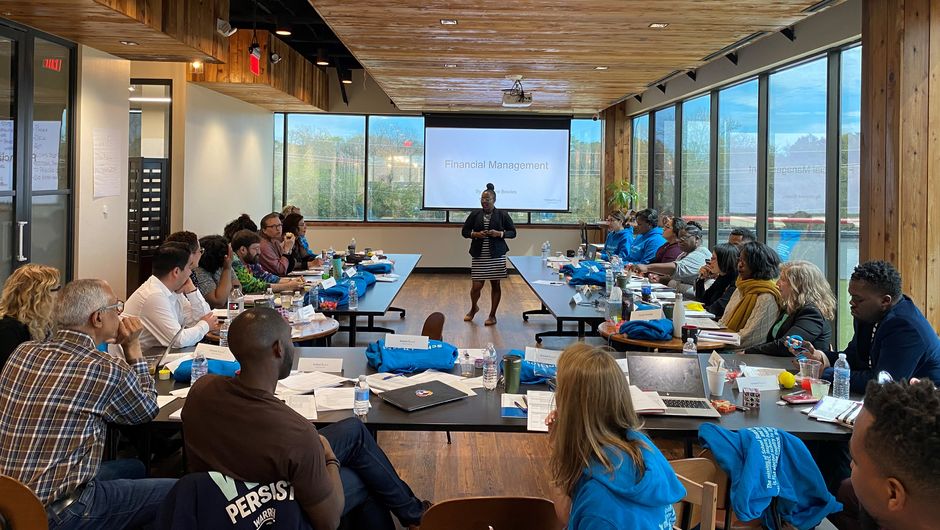 Jasmine Bowles leads a workshop for School Board Partners in Houston, Texas.

While Jasmine already had some campaign experience, she served as a LEE policy fellow in the Louisiana State Department of Education as a way to expand her network and enter her role on the school board with more expertise in education policy. While she was there, she connected with Erin Bendily, the assistant superintendent at the time, who became a close mentor and pushed her to take on stretch projects and build her confidence.

“The way that she believed in me and assigned me things, said a lot about who and what I'm capable of,” Jasmine says. “That opportunity really was a game-changer for me.

After Tashon completed the fellowship, she felt encouraged to continue building her network of women with political experience. As she was getting her campaign underway, she took a chance and reached out to the one woman on her city council to let her know she was running for school board. She not only received a reply but an offer to connect with other women who could help.

“It's this idea of paying it forward,” Tashon says. “If we continue to pull other women along in our journey, we won't have to start so many sentences with, ‘She is the first woman to...’” 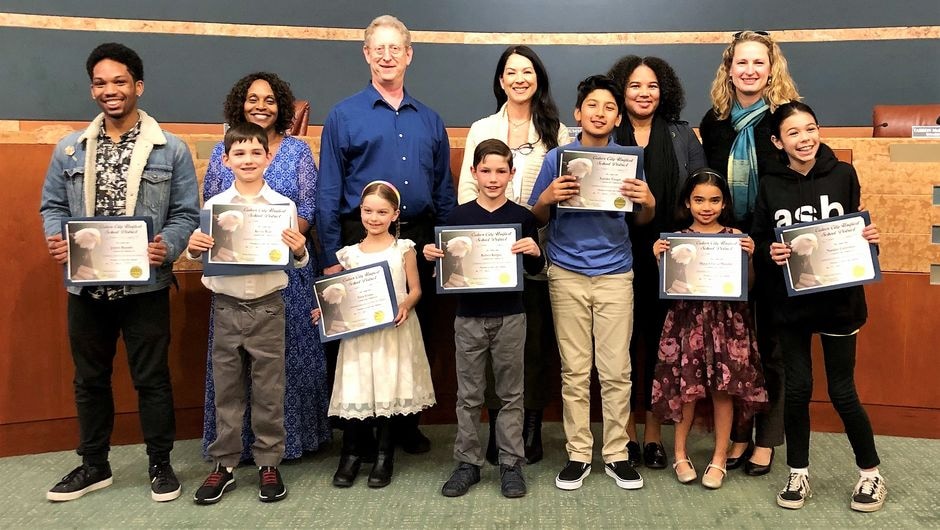 Tashon McKeithan (back row, left) stands with other Culver City School Board members as students receive an award.

Both Tashon and Jasmine ran successful campaigns in 2018 and won seats on their local school boards.

Tashon serves on the board of the Culver City Unified School District. She’s helping lead initiatives to improve diversity and inclusion and provide more support for special education students and English language learners.

Jasmine currently represents her hometown as a member of the Board of Education at Clayton County Public Schools, Georgia’s fifth-largest school district. She’s working with the board on teacher retention, increasing graduation rates, and expanding students’ access to advanced learning opportunities.

As the youngest member on the school board, Jasmine credits the mentor she met during the LEE fellowship for helping her feel like she could walk into her new role and do the job well.

“I think it's up to us as women to share the plans, resources, and opportunities that we know our other sisters need without fear of that dimming your light,” Jasmine says. “There is no infringement on my success when I know that yours is caught up with mine.”

Tashon says that women’s voices are still missing and necessary in elected leadership. Now that she’s gone through the process of running a campaign, she also vows to use her experience to be a resource and connector for other women who want to get involved.

“There’s a saying in African American history around ‘calling on your ancestors,’” Tashon says. “Women should know they have people that they can call on.” 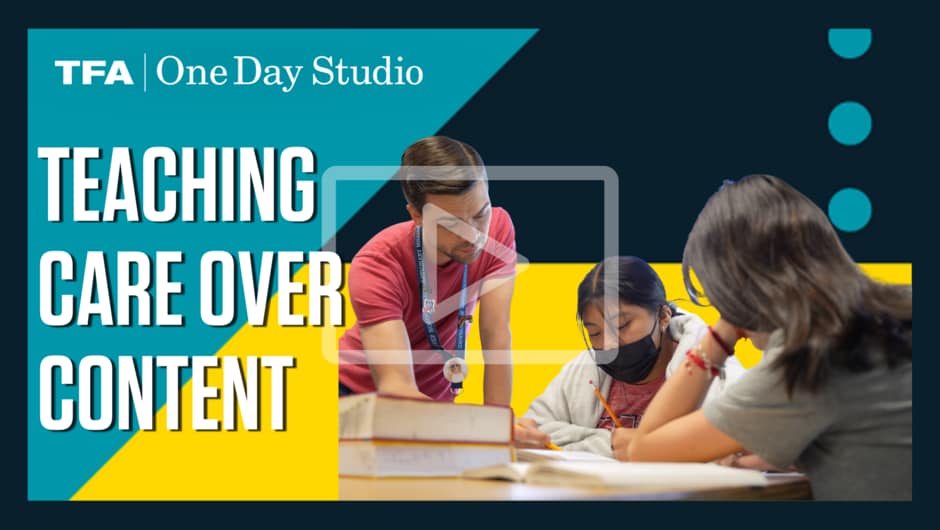 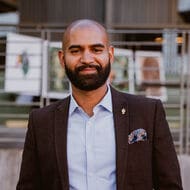 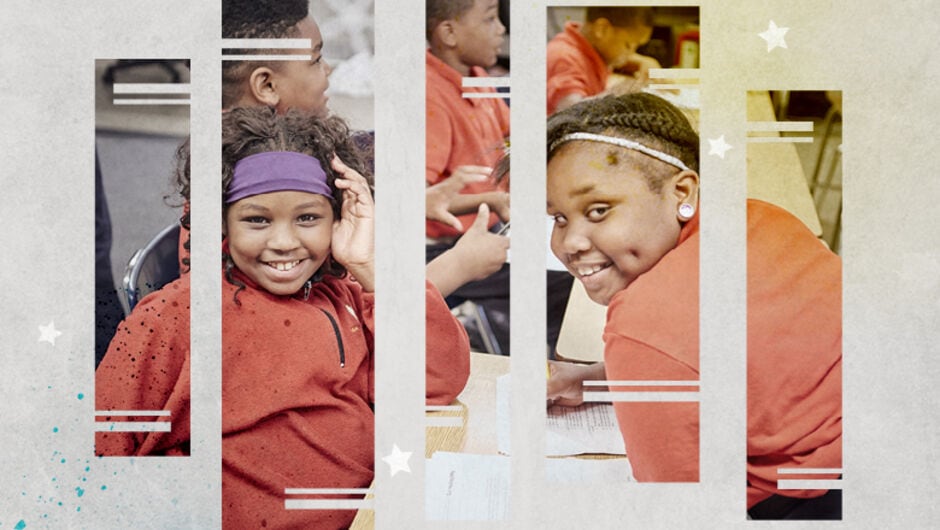 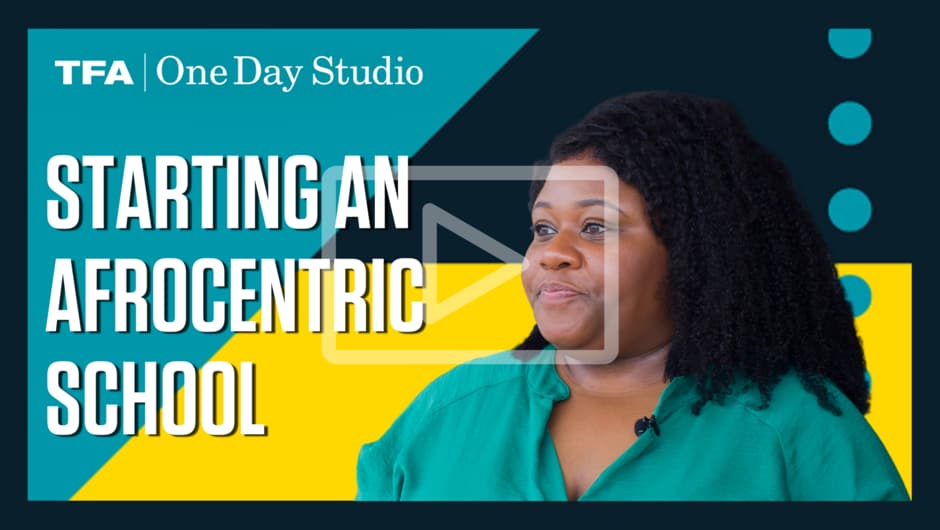