These Alumni Are Pursuing Their Passion for Policy and Politics

After gaining hands-on experience with the legislative process through Teach For America’s Capitol Hill Fellows Program, these alumni are continuing to advance equity at the system level. 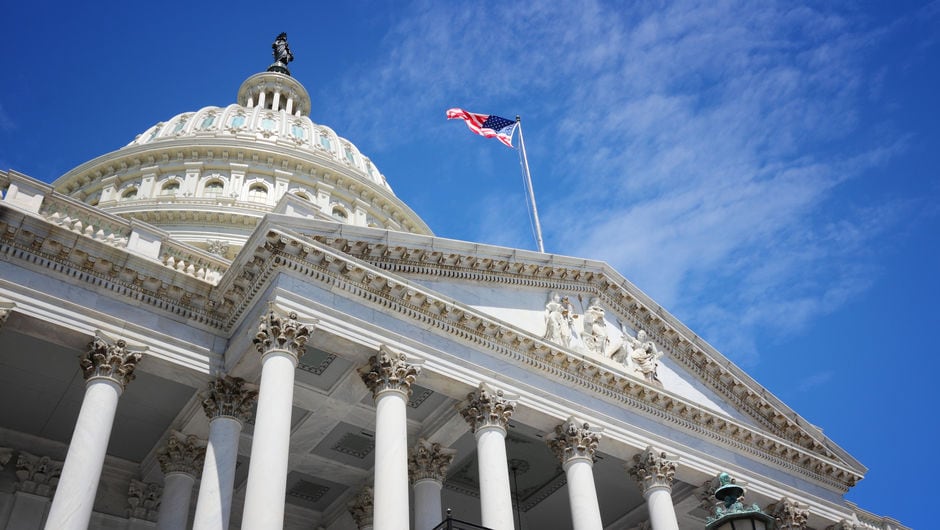 Apply for the 2020 Capitol Hill Fellowship 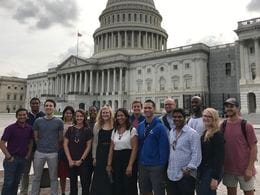 TFA alums can apply for the 2020 Capitol Hill Fellows Program when the application window opens on December 2, 2019. Learn more.

These are some of the impactful policy-focused roles, in and out of government, Teach For America alumni are pursuing after spending a year as part of TFA’s Capitol Hill Fellows Program. Through the fellowship, alumni are placed in full-time, paid staff positions on Capitol Hill, where they gain insights into the legislative process by working in a Congressional office on projects that impact education and opportunities for youth.

During this national moment of increased civic engagement, TFA alumni are—as they always have—running for office, working for change, signing petitions, and pursuing careers that impact educational equity and excellence through policy and advocacy work. Meet four former Capitol Hill Fellows who have forged a path from the classroom into full-time civic leadership. 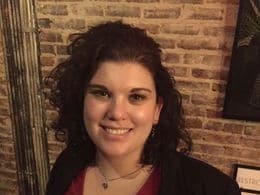 As the senior director of policy and legislation at the Indiana State Board of Education, Alicia Kielmovitch divides her time between developing K-12 education policy and facilitating the state legislative process. Much of Alicia's work is focused on shaping policies that help prepare Indiana students for college and career opportunities after they graduate.

Alicia recently helped lead the Graduation Pathways project, working with the state board to raise the expectations around the foundational job skills and knowledge that students in Indiana must master before graduation. She is also working to curate a list of math and science courses that will inform that state's high school curriculum as part of Indiana's Core 40—the academic foundation all students need to succeed in college, apprenticeship programs, military training, and the workforce.

Alicia also tracks all the legislation moving through the state of Indiana, talks to members of the legislature, and keeps state education board members abreast of what is happening.

Alicia applied for the Capitol Hill Fellowship during her second year assisting with policy research at a consulting firm. She was placed with Senator Orrin Hatch (R-UT), in a role that ended up being a great fit. During her fellowship she had the opportunity to assist Sen. Hatch in drafting a piece of legislation around Title II of the Higher Education Act, which provides federal grants for recruiting teachers and improving teacher education programs.

“Seeing the entire process around how a bill is written gave me a really great background for what I’m doing now in terms of legislation. It was an experience that really set me up for success,” she said.

Alicia credits good luck and an incredibly supportive network for her current career path. “My experience as a teacher definitely set me on this path in education. Prior to TFA I thought I was going to be doing international nonprofit work. My TFA experience completely changed that. I knew that this work was my mission and passion.”

“Seeing the entire process around how a bill is written gave me a really great background for what I’m doing now in terms of legislation. It was an experience that really set me up for success.”

Senior Director of Policy and Legislation, Indiana State Board of Education 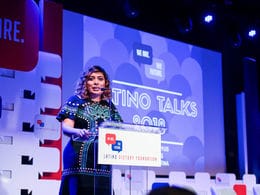 Mayra Macias traces her love for campaigns and organizing back to her youth growing up in a politically active community in Chicago. As the political director for Latino Victory, she puts her passion to work every day recruiting, training, and supporting Latinx leaders who are running for all levels of office—from Congressional leaders to school board members.

Latino Victory’s mission is to grow Latino political power by increasing Latino representation at every level of government. Over the past year, Mayra has helped to launch “Year of the Latina,” a project focused on increasing the number of Latina women leaders running for office. Currently, 60 percent of candidates endorsed by the organization are Latina; in total, her team is supporting nearly 60 candidates.

“If we’re not deliberately building this pipeline of leaders within the Latino community, there will be missed opportunities for us to have representation at the national level,” Mayra said.

Mayra felt like the transition from the classroom to her current role was seamless, because it taps into so many of the skills she gained while teaching.

“There have been many times when I’ve been engaging with candidates and they are all at different points in their trajectory—I’m very much reminded of being in the classroom and having to make decisions on the spot about how to meet my students’ diverse array of needs,” Mayra said.

As a 2015 Capitol Hill Fellow, Mayra worked as a staffer for Congresswoman Rosa L. DeLauro (D-CT). Mayra said the fellowship was a great opportunity to explore the policy side of government—and get hands on with the work that elected leaders do once they are in office.

Among other projects, Mayra worked on the Democratic Whip’s New Taskforce on Poverty and Opportunity and the Congressional Baby Caucus, where she organized several briefings among experts and lawmakers to share information that would shape policy. Through organizing the caucuses, Mayra got to weave in a lot of the issues she cared about, including Native cultural practices in child-raising, culturally competent teaching, and the impact of trauma on child development.

The fellowship helped Mayra tremendously in her current role advising political candidates, she said. Having to learn the legislative process from scratch has helped her to build confidence among the candidates that she supports, particularly among Latina candidates.

“Many women—when we talk about running for office—don’t feel like they are prepared enough—that they know enough of the process to run,” she said. “What I came to discover is that there are folks in place in Congress and most legislative chambers that are the experts. What we need are those folks who are going to pull the levers and get the process going based on what they are passionate about.” 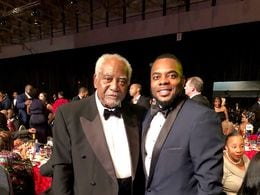 As the senior manager of federal relations, for NCLD, Robert Stephens is the ultimate connector. “I spend most of my time meeting with members of Congress, the administration, and different agencies, making sure that the decisions that they make positively impact students with learning disabilities.”

The nonprofit NCLD advocates for the one in five children and adults nationwide who have been diagnosed with learning and attention issues. This year Robert led the effort to host a large panel at the Congressional Black Caucus Foundation’s Annual Legislative Conference, in partnership with the Leadership Conference Education Fund and the NAACP Legal Defense and Education Fund.

“Students of color are being diagnosed with learning disabilities at a much higher rate than in other populations,” Robert said. “Statistically it doesn’t make sense. We’re coming together to raise awareness about issues that we haven’t talked about before.”

Robert has also been supporting NCLD’s advocacy work on the RISE Act, legislation that will help ease the transition to college for students with learning disabilities. “These accommodations include extended time on tests, and allowing students to take tests in a separate room. Very simple things that do not cost money at all.”

As a 2016 Capitol Hill Fellow, Robert served as a staffer for Congressman and Civil Rights leader John Lewis (D-GA). Robert worked on the passage of the Martin Luther King, Jr. National Historical Park Act, which expanded a historical park in Georgia into a national park. He also worked on policies to increase diversity within the police force and recruit officers from within their local communities.

“I joined the Capitol Hill Fellowship because I was tired of protesting. It’s not enough to just be in the streets. We also have to learn to navigate these boardrooms and into the halls of power so we can influence and create change from that perspective,” Robert said.

As a former high school math and special education teacher, Robert’s classroom experience fuels his determination for pursuing change. “Working in Congress is a process, and change is slow. From my time in the classroom, I believe that radical change is possible,” he said.

“I joined the Capitol Hill Fellowship because I was tired of protesting. It’s not enough to just be in the streets. We also have to learn to navigate these boardrooms and into the halls of power so we can influence and create change from that perspective.” 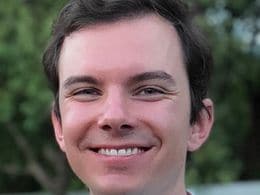 While teaching high school science may have been one of the most challenging jobs he’s ever had, Steve Townsend said it gave him the perfect set of leadership skills for his current role as a budget analyst for the U.S. Senate Budget Committee. “The foundation for what I do every single day was built on Day 2 of me being a teacher,” Steve said.

“Government spending starts with the Budget Committee,” Steve said. “Our job is to advise the Chairman and other Senate offices on government investments and to ensure those investments are being made in an efficient and effective way.”

A big part of Steve’s role is focused on policies and funding that advance opportunities for young people to attain higher education. Over the last two years he worked on the Career and Technical Education bill, which will make it easier for people to access career and technical education that is specific to the types of jobs available in their state.

Steve launched his career on Capitol Hill in 2014, serving as a Capitol Hill Fellow on the U.S. Senate Committee on Health, Education, Labor, and Pensions (HELP). During his fellowship he worked for HELP Chairman Lamar Alexander (R-TN) on the 2015 reauthorization of the Elementary and Secondary Education Act, commonly referred to as the Every Student Succeeds Act—gaining firsthand experience with the process of passing a bill through the Senate.

Every step of the legislative process brought Steve back to what he learned in the classroom. “It meant standing up in front of a group of people who may disagree with you and working together to resolve issues. Putting together a plan, providing reasons for why it’s better and the data to back it up. This is exactly what you do as a teacher.”