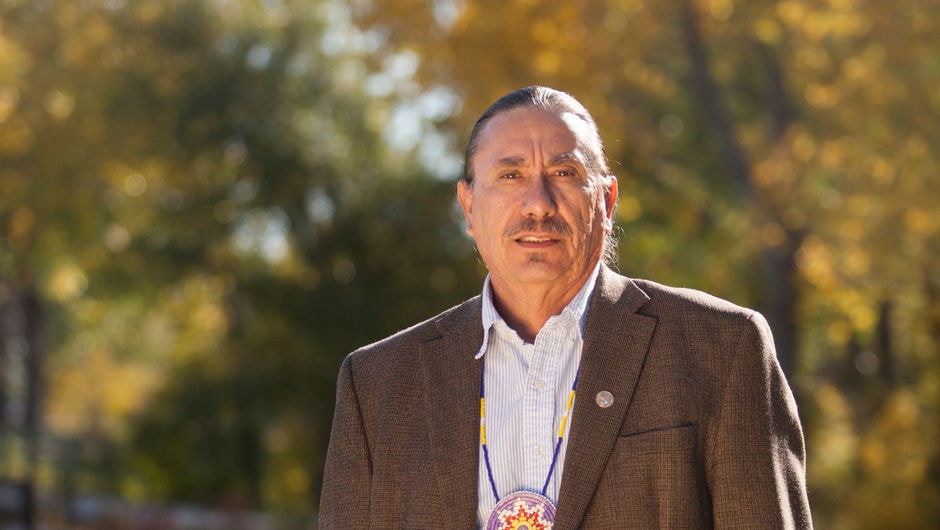 In 2010, Teach For America launched the Native Alliance Initiative to build partnerships with American Indian, Alaska Native, and Native Hawaiian communities and, as its director, Robert Cook, says, “to call on non-Native allies to stand with us, but not speak for us.” Cook, a former teacher and principal in South Dakota tribal schools, has set a goal of growing culturally responsive corps members’ presence in Native community schools to 1,000 in 2015. What follows are reflections in his own words. (Editor’s Note: This article ran in the Fall 2014 edition.)

Why he came to work for Teach For America:

My parents were both enrolled members of the Oglala Lakota tribe who attended Indian boarding schools. My Dad joined the Army during World War II. During the war, the federal government took a large portion of land within the Pine Ridge Reservation and turned it into a bombing range to train military pilots. They forced Native families to relocate, so when the war ended, my parents had no home and no land. They moved to a small town outside Rapid City, and at that time we were the only American Indian family living in town. I had hard times growing up in the ’70s, being bullied and called racist names by other students and some teachers.

From that, I became really passionate about the experience of students of color, and I decided to become a teacher.

My first teaching job was at Red Cloud Indian School, where my mother had gone when it was a boarding school many years ago. I taught Lakota studies, tribal government, history, and I coached basketball. After I attended the Oglala Lakota College’s master’s program to transition teachers to school leaders, I was hired to be the principal at Pine Ridge High School.

“I taught for 20 years in rural, tribal schools and never had a job interview for any teaching position because there were no other candidates to compete against.”

I understand firsthand the critical need for teachers in rural tribal communities. Months into the school year, schools on the reservation still have vacant teaching positions. I had never worked in a school with corps members, but I was interested because Teach For America seemed like a credible, passionate organization that was willing to take on that battle of bringing effective teachers to live and serve in Native communities.

That was a little difficult at first. I had never worked for a non-Native organization. It took a lot of awareness-building to educate people about American Indian education—the history, the need, and especially the unique treaty trust relationship our tribes have with the federal government. I think many people still don’t understand the sovereign status of tribes or treaty rights. We have a relationship with the federal government that is unique from other people in this country. Our land and resources were taken from our people, and in return, promises were made in perpetuity to provide education, healthcare, and other opportunities for our people. We hold those treaties sacred and relevant today.

Our strongest push within TFA is getting everyone to understand how important culturally responsive education is. When you look at the vision and mission statements of tribal schools, every one of them clearly states affirming students in their language, history, and culture, but also preparing Native students with a world-class education and options for success in life. I don’t think those missions interfere or conflict with each other. They support and uplift each other.

I think the organization has really changed its mindset about our approach to that and to relationship building. That’s one of the outcomes we’re really proud of in the Native Alliance, that we were able to show in our regions why it’s so important to support staff, alumni, and corps members living in diverse tribal communities.

What it’s like for non-native corps members to teach on reservations:

Until they see it firsthand, they don’t understand the vastness and isolation of places where 100 percent of students identify as American Indian, or the housing shortages, the lack of infrastructure, or lack of medical services for teachers. Teachers may have to drive two hours off the reservation to buy fresh fruits and vegetables. But when they witness the extreme poverty in our communities for the first time, they’re shocked. We’re talking about inter-generational poverty where the median income is less than $10,000 a year, and 20 people may be living in one house or trailer due to the lack of housing on reservations. Of course we know about the challenges, but we also need to show teachers that our students are the most inspiring kids in the world and that we have many examples of Natives who have aspired to be incredible leaders and role models.

Our TFA teachers live right in the community in school housing. When school is out, they don’t drive home to their homes or apartments like teachers do in other places. Now, if they immerse themselves and really connect with the kids and community, they are accepted into the community. But they have to walk their talk. They have to be transparent and communicate that they are there for the students. Historically speaking, education hasn’t been the greatest ally for American Indian communities, so there’s still a lot of mistrust. It’s our moral responsibility to build back that trust.

Teach For America has more than 10,000 first and second-year teachers impacting hundreds of thousands of students across the country. The Native Alliance has an opportunity to educate teachers and strengthen their awareness about Native historical and contemporary issues. For example, teaching the correct history leading up to “Thanksgiving” and its genocidal aftermath. As American Indians, we know the true history of the illegal seizure of lands, biological warfare waged on our people by infecting them with smallpox, and assimilation and termination policies. But through it all we stand proud as sovereign nations and dual citizens. We fight to ensure we are respected as people, not mascots. That’s the true history that must be told in our schoolrooms and textbooks. Columbus did not discover our indigenous nations. We were already here.

How alumni can help:

Our alumni can learn more about the tribal or urban communities that are closest to them and become advocates for Native students to get the resources and support they need to get to educational equity. With nearly 50,000 alumni and corps members across the country, this is the time to raise awareness, to implement culturally responsive teaching, and understand tribal nations’ relationships within this continent. lf alumni know people who they can recommend to teach in Native communities, they should encourage them and connect them with the Native Alliance to broaden their understanding of the issues in communities that serve Native students.

Who Will Make Schools Safer for LGBTQ Kids?