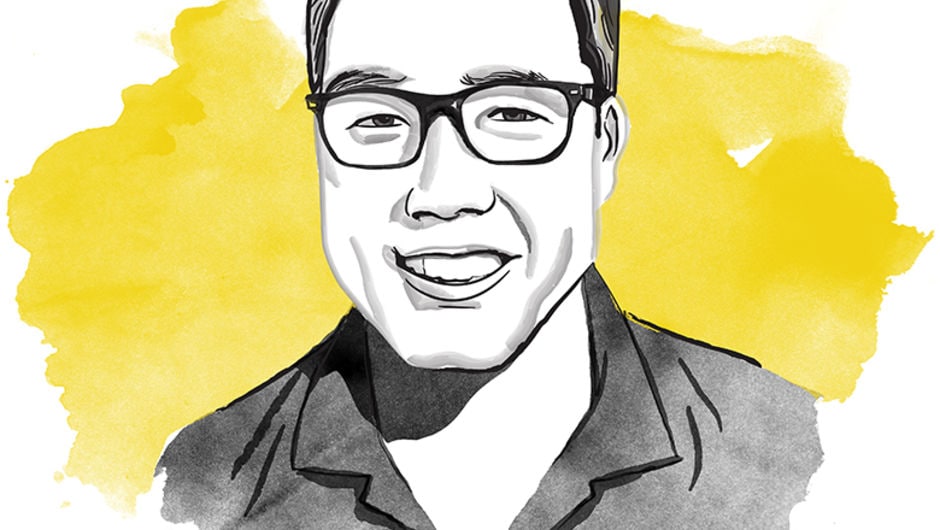 As a science teacher at Pasadena High School and an aspiring photographer, Ed Loh (L.A. ’98) would take photos at school sporting events, rush to develop the film (yes, film), and then post the photos inside his classroom the next morning. Students made a ritual of checking the shots, says Loh. “And I was able to say, ‘Hey, you’re at school today! Make sure you show up for third period.’”

After teaching, a lifelong obsession with cars led Loh to magazines like Import Racer! and Road and Track, where he transitioned from photography to writing and editing. In 2011, Motor Trend named Loh editor-in-chief. He oversees a massive online presence and endless car reviews, and he commutes in an ever-changing fleet of test vehicles (a Jaguar SUV on the day he spoke to us).

Loh’s media diet includes sites to get kids of all ages into science and engineering, plus a complicated relationship with social media.

We did a documentary-style video on a Volvo crash test. Everyone thought it’d be so boring, but we built a whole story arc around it, built it to a climax, added classical music over artful scenes of a car hitting a barrier at 40 miles per hour. It’s super dorky information conveyed in a really beautiful way. And it has nearly 3 million views. Also, “The Science of Speed” story and video. 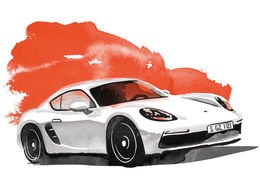 I’m a huge NPR dork. I love Shankar Vedantam’s Hidden Brain podcast. I love How I Built This by Guy Raz. My dream is to be interviewed by Terry Gross on Fresh Air. My problem is that I haven’t done anything to qualify for that. It’s a motivating force.

The How I Built This episode with the Burton Snowboards guy was great. The amount of emotion that dude displayed was really cool.

Reading material that someone wouldn’t expect in your home?

I’m crazy about food magazines and cookbooks. A recent favorite is Tacopedia.

In April 2016, we got an organic Twitter “moment” when we did a story on the Apple car. If you ask me, it was a well-crafted thought exercise on what the Apple car could look like. We teased it online and released our sketches. The headline said, “Hello. Are You the Apple Car?” Now, if there’s a question in the headline, you know the answer is no. It’s just a car we dreamed up! But it blew up online because people thought we had the exclusive. CNBC even assembled a panel of experts to discuss our drawings. We got absolutely pilloried by our colleagues in the media space. But I thought it was a good amount of fun.

“You are forbidden from using Snapchat. It's a cesspool.”

As a self-proclaimed science nerd, where online would you send students who are interested in science and engineering?

The True Facts YouTube series is educational but also hilarious. (Caveat: Episodes have language and humor more suitable for high schoolers.) Also Engineering Explained about how cars work. And the Twitter and Instagram accounts of Neil deGrasse Tyson.

I should steer them toward Motor Trend sites, too. We’re very family friendly, compared to some car sites. We don’t swear, and there’s no sex involved.

If you were raising a teenager, what rules would you set around social media?

You are forbidden from using Snapchat. It’s a cesspool. Also, I’m going to be able to see everything. I’m hoping by the time I have a teenager, everyone will have moved on from social media.

What’s on your nightstand?

The Big Roads: The Untold Story of the Engineers, Visionaries, and Trailblazers Who Created the American Superhighways by Earl Swift. Highly recommend it.

For teachers or policy makers or anyone trying to expand their thinking through social media, what’s your advice?

Don’t follow the herd. I prefer Instagram, and I have a weirdly curated feed with food critics and fashion designers and an off-road driver in Venezuela. It’s fine to follow the people with 70 million other followers, but I want to be shown new ways of looking at things and stuff I’ve never seen before.

How Teaching Changed Me

Working in Indianapolis: ‘The Growth is Really Encouraging’

What’s Next After the Corps

The Zoom-In Bulletin Board: Steal This