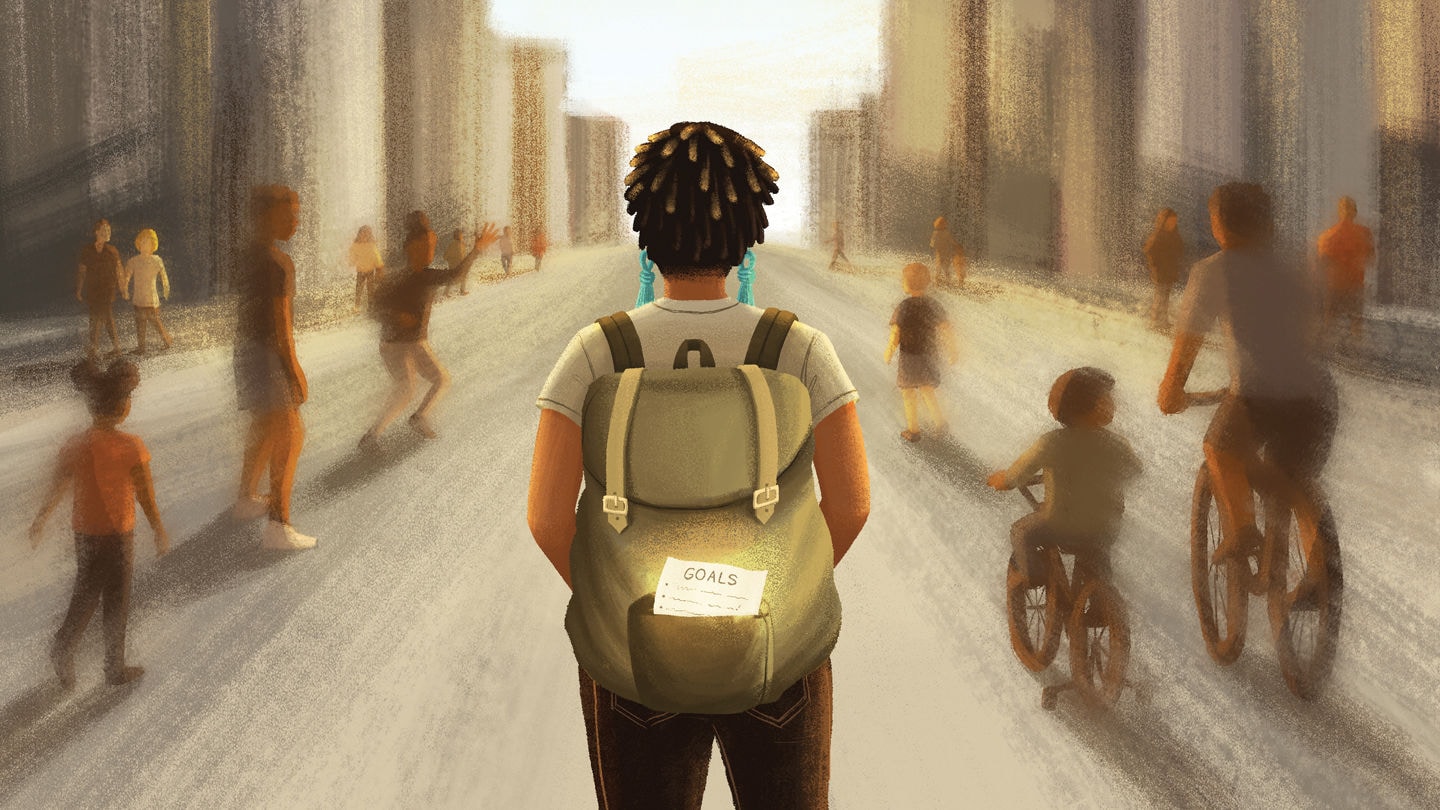 How to Stay Grounded in Hope

Seven strategies for moving forward in the pursuit of justice even when the ground feels uncertain.

On August 9, 2014, I was sitting at home on the north side of St. Louis, scrolling through my Facebook timeline, when I saw the post that would change my life and our nation. It was a photo of a man holding a poster: “Ferguson police just killed my unarmed son!!!”

I joined the thousands who took to the streets demanding justice for Michael Brown Jr. And when a grand jury chose not to indict the officer who killed him, pain ripped through me. But I did not lose hope.

Over the past four years, as the after-effects of the Ferguson Uprising have catalyzed change well beyond my native St. Louis, I have joined with many others in the messy work of building power to bring our systems more in line with justice, equity, humanity, and freedom.

Along the way, I realized something fundamental: Hope and power are interdependent. My hope is fortified when I activate my power. I feel hopeful when I feel powerful.

To stay grounded in hope, I have to feel my power even in low moments, and then put it to work with others in strategic, intentional, accountable, and revolutionary ways. I’ve developed some strategies for doing that, which I share in hope that you’ll join me.

Take care of yourself. Acknowledge the trauma that has harmed your well-being and ability to show up healthy, whole, and ready. Be in a state of constant healing, self-care, and self-love.

Choose an issue, not a problem. Problems are overwhelming and ongoing, like poverty, hunger, racism, and global warming. Yes, they’re unfair, but they aren’t winnable. An issue is specific and has a clear target: a person with the power to address it.

Get proximate to the people most impacted. That means you have to get physically close to the people to whom you are accountable. Show up. Show up again. Listen, ask, reflect, and listen more. Advance the solutions that emerge from the people who best understand the issue.

Acknowledge your power may exist because of your privilege. Do a power analysis: Map out who you influence and who influences you. Consider your networks of friends, family, colleagues, and advisors. What elected officials, civic leaders, and people with resources do you know? Are you one of them?

Once you understand your power, build more. Grab coffee with those folks who—if you had a stronger relationship—could be compelled to act with you. Use your power so fiercely that you inspire others to join you and so humbly that you don’t intimidate those who lack your privilege.

Plant the seed and act with urgency, but don’t expect to harvest the crops. The fight for justice is generational. Embrace the change agents who will carry our work forward.

“Use your power so fiercely that you inspire others to join you and so humbly that you don’t intimidate those who lack your privilege.”

Remember there will be wins.

Soon after Mike Brown’s death, my friend and colleague Brittany Packnett (D.C. Region '07) joined the Ferguson Commission. As a member, she developed “Forward Through Ferguson: A Path Towards Racial Equity,” which called on our region to disrupt systems of racism and oppression and build new systems responsive to community needs and dreams.

I recently completed my tenure as the leader of Forward Through Ferguson, a nonprofit organization that grew out of that commission. Though at times I felt frustrated at the slow pace of change, we developed a plan to turn the report’s recommendations into formal policies and laws.

Then in August, two days before the fourth anniversary of Mike Brown’s death, the prosecutor who investigated his shooting (and returned no indictment) was voted out of office after 27 years. St. Louis County elected his opponent Wesley Bell, a young, progressive black leader who has pledged to advance some Forward Through Ferguson calls to action. That tangible win was the fuel I needed to wake up and work harder.

Sustaining hope is hard. That’s why, everywhere I go, I carry a (perhaps overly) large backpack. In it, I keep a tattered piece of paper on which I’ve written my annual vision and my goals for how to build power. Every morning, before I hop on social media or check email, I read it. I know exactly where I’m going and what my next steps will be.

What happened in St. Louis is your story too–our kids need you to write the next chapter. Along the way, your hope will grow and fuel you more than you know.

Charli Cooksey (St. Louis '09) is a social entrepreneur who founded and leads WEPOWER, a nonprofit working to build power with black and brown communities in North and East St. Louis.