The founder of a sports-based youth development lacrosse program shares how he found a new way to serve his hard-hit community during COVID-19. 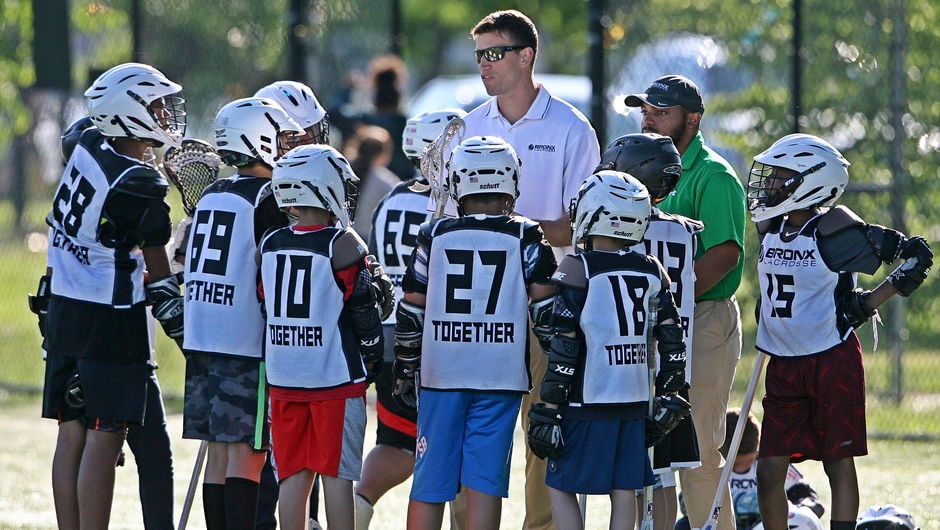 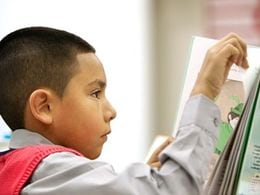 In the face of extraordinary challenges, our network of alumni and corps members are providing crucial support to their students and communities. Learn how you can give back through our Direct to Community Giving initiative.

In the fall of 2015, I arrived at the Highbridge Green School in the South Bronx as a Teach For America Corps Member to teach special education math.

The Highbridge neighborhood of the Bronx can feel isolated. No local banks or restaurants. The schools are located in the poorest congressional district of the U.S., with some of the highest obesity, hunger, and asthma rates in the country. Both schools are in an area called Highbridge, which has a per capita income of roughly $17,000 and a population in which only 14 percent of adults above the age of 25 have a college degree. These schools' testing performances are also some of the lowest in the state. At the same time, Highbridge has a vibrant sense of community and is rich in diversity and culture. Located in the shadows of Yankees Stadium, it’s fueled with New York energy, grit, and perseverance. Life is not always easy in Highbridge so it fosters a sense of resilience, toughness, and tenacity to those who call it home. Because of this, I’ve seen many students demonstrate the potential to transcend their limitations.

I was born and raised just north of the city in Westchester county. I have loved lacrosse for as long as I can remember: I started bouncing a lacrosse ball around with my dad when I was five years old and was instantly captivated by the game. As I grew older, it became an increasingly integral part of my personal development. It taught me lessons both on and off the field about teamwork, passion, confidence, and friendship.

To build a stronger connection with my students, I tried to identify something we may have in common. The first thing that came to mind was sports. The school’s only organized sports team was boys basketball, which consisted of 12 players. Having once been a lacrosse player myself, I wanted to share the invaluable lessons the sport taught me. I knew that learning a new skill would foster the confidence to stretch themselves in other ways.

Shortly after starting Bronx Lacrosse in the spring of 2018, it was immediately evident that the program was positively impacting participants in the classroom just as much as it was on the field. Our students demonstrated an increase in school attendance, higher marks in classes, and better overall behavior. Our program demanded certain standards to be a part of the team, which subsequently raised our players’ standards for themselves. This is where the real impact lied, and it was immediately evident.  Encouraged by these results, I expanded our program to other schools in the community. Last spring, both our boys and girls teams won the NYC middle school lacrosse championship, which only further galvanized our students and the program’s momentum.

I founded Bronx Lacrosse with the mission of improving educational and life opportunities through the sport of lacrosse. While lacrosse is in our name, our impact spans far beyond that. We support students by exposing them to different places, experiences, and kids outside of the borough. This is a big deal for students who have never left the Bronx and certainly don't leave their borough regularly. Among other programs, we also provide tutoring and mentorship programs. Many participants now see college as a viable path for them for the first time.

We partnered with two middle schools in the neighborhood, servicing 120 students, with plans to extend into a local high school as well. Since our program’s inception, we have been committed to uplifting this community.

The COVID-19 crisis has disproportionately impacted the South Bronx and its families. There are more COVID-19 cases per capita in the Bronx than about any other New York borough. Yet, testing and other resources have been slow to get to the borough. Many participants and family members have had COVID or have even died from it.

The Bronx is also struggling because the majority of residents and families who work by the hour have been furloughed or laid off. Not only are they battling the impact of the disease itself, but the unintended consequences of shutting the economy down.

The majority of the families we service don’t have the means or the savings to weather economic hardships like this. Many parents are home attendants who have lost a job and aren’t getting unemployment checks because the system is so backlogged. As a result, our students are facing a critical shortage of supplies and food security.

For this reason, Bronx Lacrosse launched two important initiatives: virtual programming and a food security initiative. Without the ability to go to school, added structure and support is imperative for our students. Our programming offers a healthy outlet, allowing them to maintain a sense of normalcy and a commitment to their schoolwork and the healthy habits they've worked so hard to establish.

Our virtual programming keeps our students engaged, active, and committed to their academics. It also offers a sense of community during a time when people feel more isolated than ever. The programing includes tutoring to keep academic skills sharp, weekly group meetings for team building and socio-emotional support, individual check-ins, and weekly workouts. While it’s difficult to keep participants engaged virtually, 94 percent of our participants have attended sessions and we are achieving our goal of keeping skills sharp and fostering a strong sense of community.

Bronx Lacrosse also launched a special food security fund to help the South Bronx community and our families get by during this time. The fund has raised $75,000, including a sizable grant from the Robin Hood Foundation of $25,000. We already committed $10,000 to support our afterschool partners at the Women’s Housing Economic Development Corporation (WHEDco) and their “Feed our Families” initiative, which will help families in need throughout the community. The remainder of the money we’ve raised will go towards gift cards to local supermarkets that our families will receive bi-weekly. There will be roughly 500 people in the South Bronx who will benefit from the Bronx Lacrosse food security initiative.

While we didn’t anticipate Bronx Lacrosse ever getting involved in food security initiatives, we feel a strong sense of responsibility to serve our community and its families in a profound way.  We’re proud of the impact we’ve had thus far, and feel increasingly empowered and committed to supporting our program participants in ways that span far beyond our original intentions.

Responding to the Pandemic’s Impact on Native Students

Rushing to Fill the Gaps Coronavirus Has Widened

Keeping Students at the Center in the Time of Coronavirus

Must See TV, the College of Equity debuts on YouTube