Miriam Gonzalez is part of the first suit filed by “Dreamers”

A Los Angeles corps member is one of six professionals who are suing the Trump administration over the decision to phase out the Deferred Action for Childhood Arrivals program.

Miriam Gonzalez Avila is a seventh and eighth-grade teacher at Crown Preparatory Academy in Los Angeles. She was brought to the United States at age 6 and is one of nearly 800,000 young people who are able to work, live and study thanks to DACA protections. 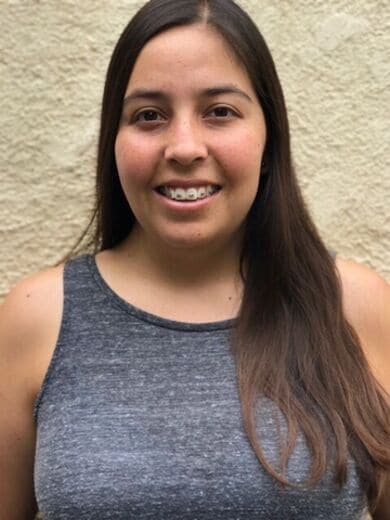 Avila said at first she was hesitant to sue the federal government and thrust her immigration story into the national spotlight, but ultimately joined the suit as a way to advocate for her students, many of whom share her Latino heritage and come from mixed immigration families.

“I decided it was important to step out of my comfort zone–to not only advocate for myself but to advocate for everyone else also impacted by the decision that the president made,” she said. “At the end of the day, I am here to advocate for my families and my students. What better way is there to show my kids that I am here for them and willing to fight for them?”

Avila’s federal lawsuit contends that the decision to end the program represents a bait-and-switch by the government, which first encouraged young undocumented immigrants to come forward and identify themselves for the DACA program, and then withdrew the protections they were promised. The other plaintiffs include another middle school teacher, a medical student, a law student, and an attorney.

“This is not just about the 800,000 with DACA, it’s everyone we are impacting as teachers, doctors, and lawyers,” she said.

Avila was born in Mexico and raised in Los Angeles, the oldest daughter of four. Her father is a factory worker and her mother is a homemaker and babysitter. Avila discovered she was undocumented in the seventh grade. She wanted a summer job and needed a Social Security number to complete her application.

“My mother told me I didn’t have a Social Security number, and I was like, well let’s go get one. That’s when she explained it doesn’t work that way,” Avila said.

Avila kept her immigration status secret until high school when she confided in a teacher and counselor and sought guidance on how to apply to colleges. They told her about proposed legislation that would allow undocumented students to pay in-state tuition at public colleges and universities, AB540. “That gave me the drive to do well because there was the possibility of me going to a good school,” she said.

Her junior year she attended an immigrant student rights conference at UCLA where she met undocumented college-goers – members of the IDEAs (short for Improving Dreams Equality Access and Success). “It had such a huge impact, I applied to UCLA. I hadn’t even considered it before.”

She was accepted, but the in-state tuition bill had not yet been implemented. She used scholarship money to pay for the first two quarters but had to take time off to fundraise for her next tuition bill. Out of school for the first time in 13 years, she fell into a depression. But within a year, her life took a dramatic change for the better.

President Obama established his DACA executive order in June 2012, allowing certain young people who were brought to the U.S. by their parents to apply for protection from deportation and obtain work permits and driver’s licenses. By March 2013 she received DACA status. “From then on, my life changed. I was so involved in the community,” she said.

As a project manager for IDEAs, Avila gave more than 100 workshops at schools and community events about the resources that were available–AB540, DACA, the California Dream Act–so that they, too, could work, study and live full lives. Her activism took her across LA county, as far away as Palmdale. “I was able to get there because I had DACA and a driver’s license. DACA opened up where we could do workshops. Before, we could only get to communities through public transportation.”

DACA was also instrumental in Avila’s decision to join Teach For America. She knew she wanted to be a resource for Latino students. TFA Los Angeles provided the opportunity for her to make an immediate impact. “Ultimately that is the reason came into teaching. I didn’t do it for myself. I want my kids to be prepared and have access to the opportunities that I had,” she said.

Those opportunities are now uncertain. The Trump administration in September announced plans to phase out DACA and gave Congress until March to come up with a legislative solution to protect current and future recipients.

Sens. Dick Durbin and Lindsay Graham have introduced the bipartisan Dream Act of 2017, though it is unclear if Congress will pass it by Trump’s deadline. Immigration advocates want a “clean” version of the bill, while conservatives want to tie it to funding for a border wall or other immigration enforcement.

In the meantime, multiple states and universities are taking a legal approach to saving DACA on constitutional grounds. Teach For America has filed a declaration in support of one such civil suit filed by California Attorney General Xavier Becerra and the states of Maryland and Minnesota. Viridiana Carrizales, the director of DACA support for TFA, has agreed to testify on the impact more than 50 DACAmented TFA corps members and alumni teachers in California and 200 nationwide have on thousands of students each day.

“Ending DACA would severely undercut TFA’s national effort to increase academic success among all students, but particularly undocumented students, since we’ve learned that DACA teachers provide tremendous help to undocumented youth as they navigate the barriers they face; students would lose the chance to connect with teachers who mirror their life experiences and act as remarkable role models,” her declaration states.

Avila’s federal lawsuit is significant because it is believed to be the only suit filed by Dreamers to date, according to the lead attorney in the case, Ted Boutrous.

“The decision to end DACA is not only inexplicable and immoral, but it is also unconstitutional,” Boutrous said. “These young people were able to attend college, open businesses, and give back to their communities because they trusted the government to honor its promises and live up to its word. In suddenly and arbitrarily breaking those promises, the government is in direct violation of the Due Process Clause and federal law.”

Lida Jennings, executive director of Teach For America-Los Angeles, said the DACA repeal will have far-reaching impacts on high-need communities. “If Miriam is not in the classroom that means 80 students would go without a teacher. Given the shortage across the state, teachers like Miriam are not easy to replace.”

For this school year at least, Avila will remain with the students. Her DACA expires in March 2019; if no solution is in place by then, she will leave the classroom. She’s explained the situation to her students and facilitated community circles as they’ve processed their own thoughts and fears about the repeal, their immigrant family members and their futures.

“I want my students to think critically, not only about how this affects them but how it affects other people they are around,” she said. “I want them to ask if this is right, ask if it is not right, and choose a way to protest. The lawsuit is my way of protesting.” 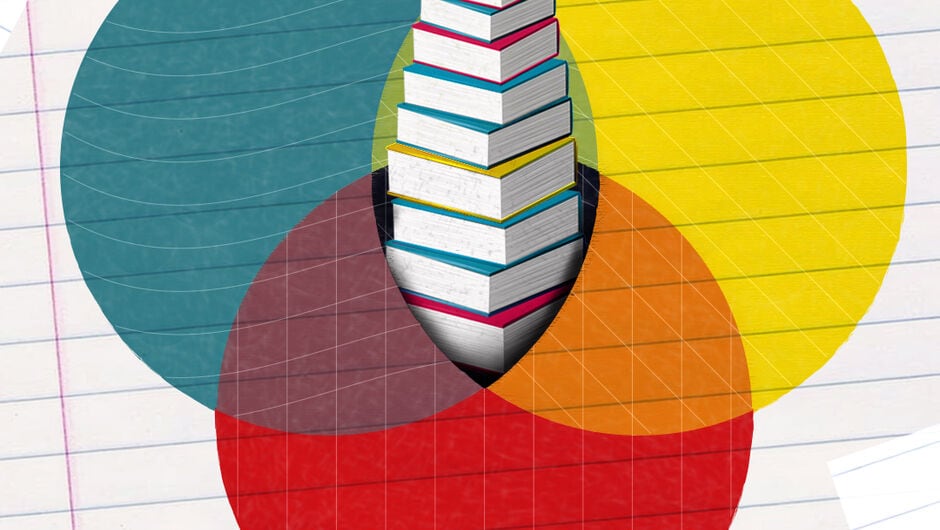 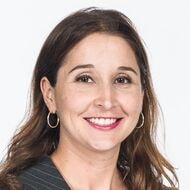 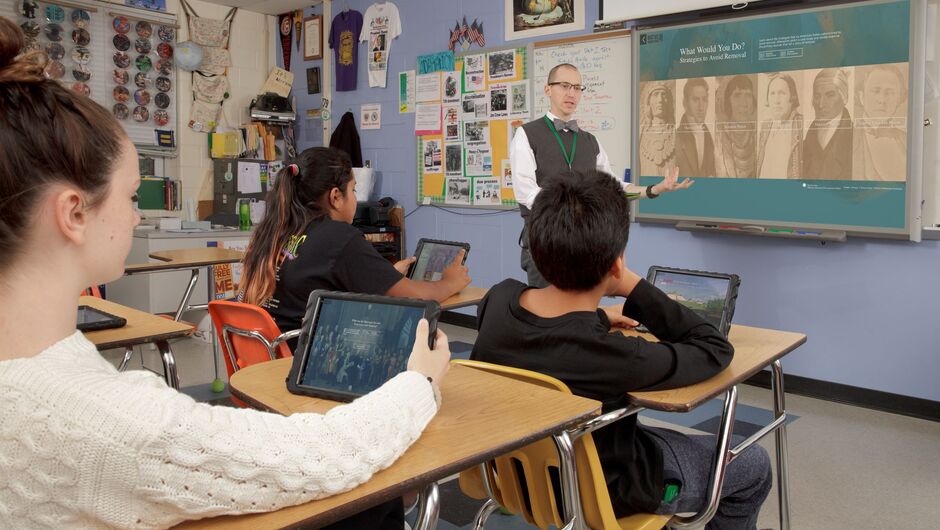 Mental health expert Michael A. Lindsey discusses the importance of school-based mental health services for students and the growing push to meet that need. 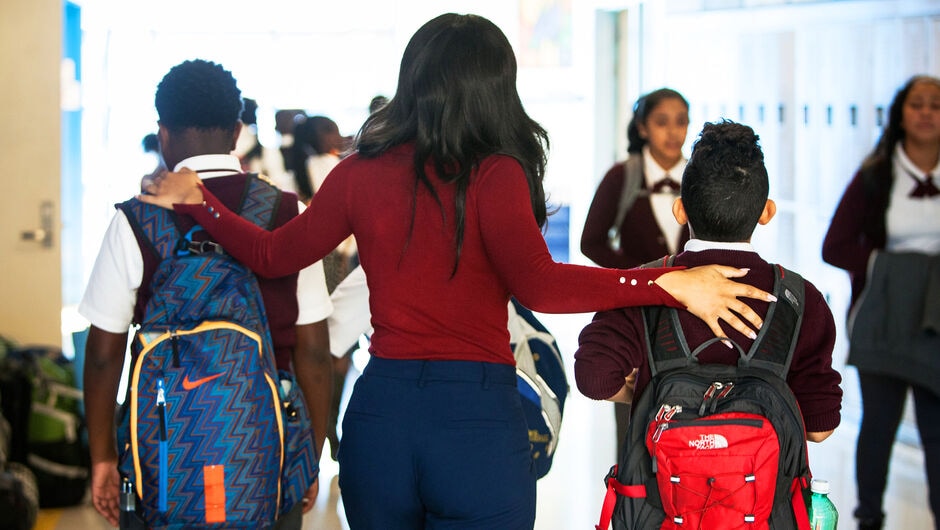