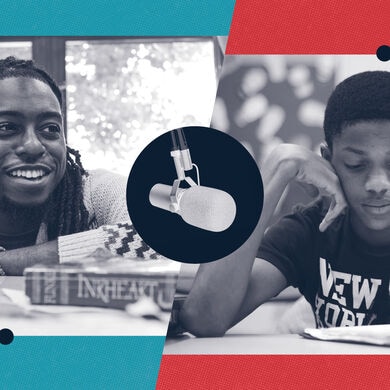 Staff and students from West High School in Denver, CO, talk about how they mobilized and partnered with their school district to successfully reunite and rebuild their high school years after it was split in two.

JONATHAN: It’s been said that, “a house divided against itself will not stand.”
On the surface, our differences, be they differences of opinion, cultural background, class, or gender, can create division and conflict. But not all conflict is created equal.

While it may seem like a threat to unity, conflict or contestation as community organizers might call it, is often quite the opposite.

In many cases, true unity is aided by an open and honest examination of the roots of our disagreements and the presence of conflict is actually an opportunity - for our voices to be heard, our needs to be met, and our shared goals to be accomplished.

That’s what we’re exploring on today’s episode of Changing Course.

We’re taking you to West High School in Denver, Colorado. We’ll look at how a school district partnered with its students to successfully reunite two high schools, rebuilding a school that would not only meet their needs, but also, better serve future generations.

Andrea: We kinda got to experience what it was to be like divided. We kinda wanted just to create the change for the following generations, so they could actually like take the advantage that we didn't get to take. I have sisters. And I wanted to make that change for them as well, so they could have more opportunities than what I had-

Andrea: .. when I was still here at West.

[Music Note: Have the beat drop in before Jonathan says “what’s up y’all!”]

JONATHAN: From Teach For America’s One Day Studio, you’re listening to Changing Course.

I’m Jonathan Santos Silva, a 2010 Teach For America alumni on the Pine Ridge Reservation in South Dakota, and since leaving the classroom, I haven’t stopped partnering with educators, students, and communities to reimagine education.

We have so much to learn from schools across America moving education in a new direction, and a change in course will happen one school at a time.

Today, we’re taking you to Denver Colorado’s West High School, where student-led activism has transformed a school for generations to come.

<music bed starts back up>

JONATHAN: Next, we’ll hear all about those experiences from the students themselves, but first, we’ll take a break.


JONATHAN: In 2021, The Denver Public Schools Board of Education approved reunifying West Early College and West Leadership Academy into West High School beginning in the 2021–2022 school year. Students and staff advocated for reunification in efforts to embrace the school's history and end what some saw as a rivalry between the two small schools.

Let’s hear from Andrea and Aurelia, West High School alumni from the class of 2021.
Andrea: My name is Andrea. I'm a fresh, first generation freshman in college. I am bilingual. I speak Spanish as well.

JONATHAN: Unity requires an openness to understanding difference and beyond that, a leaning into the unknown for the sake of new understanding. When all voices are heard and are given space to feel supported, true unity is finally made possible.

There is power in unity and there is more we can do together than we can apart.

Here are some final thoughts from West High School alum, Andrea.
Andrea: My message to, educators would be to actually take the time to listen to their students, because most of the time students are speaking out of what they ... what they feel and what they, uh, deal with every day. So it's, eh, like for us if like teachers would've not listened to us, or even like paid attention to us, none of this change would happen. And I think students would've still not had the resources that they have right now.

JONATHAN: And here are some closing thoughts from Kikae.
Kikae: I definitely think educating yourself is very important because there's a lot of issues affecting you that you don't even know about. Stuff that is like low hanging fruit, things that you can actively change, stuff that is not even hard, you just aren't aware that it needs to be changed, you know? So I want you to get up on that knowledge. Like, it’s just- like you have the keys to make your life better, you just need to know where to put that key at, you know? And then, on the same sense like, if you want something in life, like if you want to make a change happen, if there's something that you feel like you need in your life, nobody's gonna make that happen for you. You have to be the one to take the first step, you know? Like, if you never try to change it, it will never get changed for you. So, I just, I would like people to keep that in mind when there's something that they feel like they need to see in their life.

JONATHAN: That’s it for this week. Thank you so much for listening to Changing Course, from Teach For America’s One Day Studio. I’m Jonathan Santos Silva. Peace.

JONATHAN: For the last episode of season one of Changing Course, we’re taking you to my old stomping grounds in South Dakota to visit Todd County Middle School where we’ll look at the ways the school is leaning into Lakota culture to foster safe, inclusive community across cultural lines.

JONATHAN: That’s next time on Changing Course. And if you loved the podcast, be sure to rate, review and subscribe to ‘Changing Course’ on Apple Podcasts, Stitcher, or wherever you get your podcasts.

JONATHAN: Changing Course is produced by Teach For America’s One Day Studio in partnership with Pod People. Special thanks to my main man Michael Kress, Craig Hunter, Laura Zingg, and Georgia Davis from Teach for America, and the production team at Pod People: Rachael King, Matt Sav, Aimee Machado, Danielle Roth, shout out to Chris Jacobs and Shaneez Tyndall, and Erica Huang.

Last but certainly not least, thank you to the students, alumni, and staff at West High School who shared their time and experience to help us make this episode: Andrea, Aurelia, Peyton, and Kikae, and Daniel Walter, and Mia Martinez Lopez.
I’m Jonathan Santos Silva. Peace.

Changing Course is a podcast from Teach For America’s One Day Studio that explores what’s possible when schools empower students in their own educational paths. Every episode, host Jonathan Santos Silva shares stories from students, teachers, and administrators about how they’ve reinvented traditional approaches to traditional education.

Don’t miss an episode! Subscribe to our podcast insider newsletter. 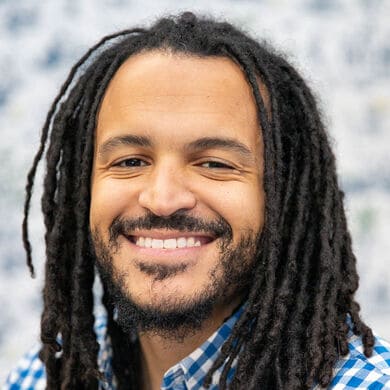 Jonathan Santos Silva is the Founding Executive Director of The Liber Institute and creator and host of The Bored of Ed, a podcast that amplifies the voices of inspiring BIPOC educators who are changing the face of education. He has provided technical support to South Dakota’s Native American Achievement Schools and has served as a school founder and principal, instructional coach, and education consultant.

Featured In This Episode 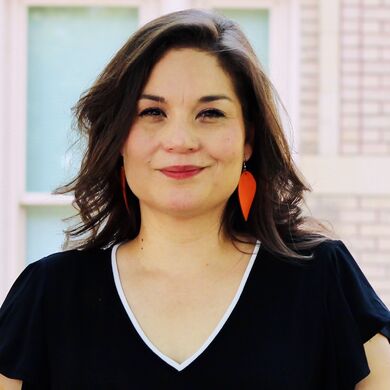 My name is Mia Martinez Lopez and I am a proud West Cowboy. I am a Denver native and I have worked in both the North and West Denver neighborhoods. I have lived in the Westside of Denver since 2006, with my husband and I have raised three children. I have worked in Denver Public Schools since 2001, as a guest teacher, middle school teacher, Dean of Students, Assistant Principal and Principal. In 2009, I came to West High School as a Student Advisor or “Dean”. I fell in love with West and decided early-on that I would be a Cowboy. I had the fortune of working for the traditional West High School as well as be a founding administrator for West Early College. 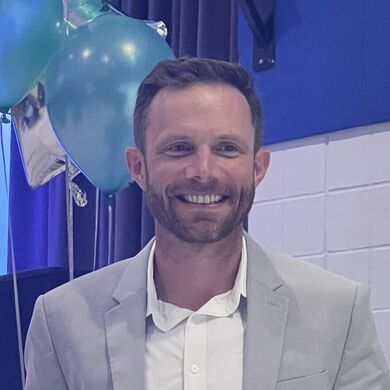 Mr. Walter has been an educator at West for 13 years where he is devoted to empowering students. 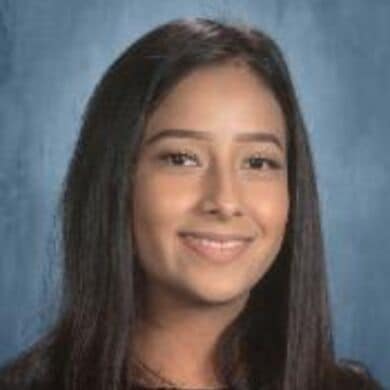 Andrea is a first-year college student at Community College of Denver studying Business. 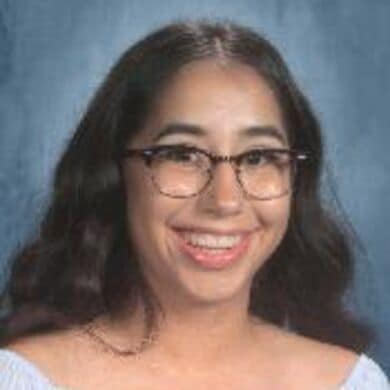 Arely is a first-year college student at Community College of Denver studying Architecture. Kikai is currently looking at both in-state and out-of-state college options. 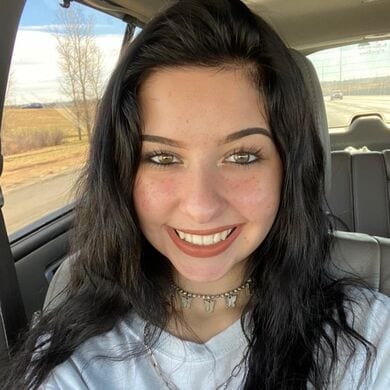 Peyton plans to enlist in the Air National Guard and join ROTC at the college of her choosing.

Improving Voting Access for Marginalized Communities One School at a Time

Blanca Adriana Ontiveros’ work focuses on ways to help children leverage the power of the ballot even if they can’t vote.

Period Equity Is Expanding Nationwide, Often Thanks to Young Leaders

One in four students struggle to afford period products. Menstrual inequity and the stigma of menstruation can lead students to experience health issues and miss valuable school time. Here’s how activists–including students–are changing that. 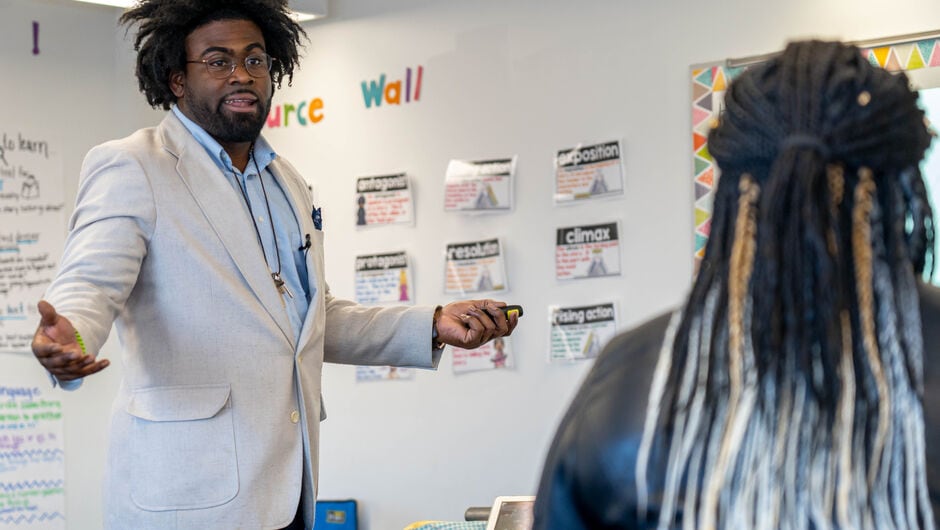 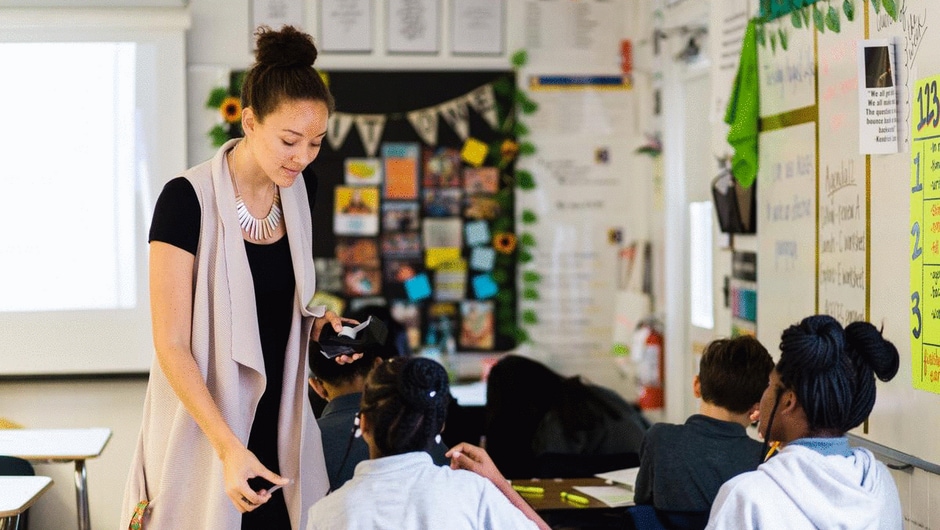