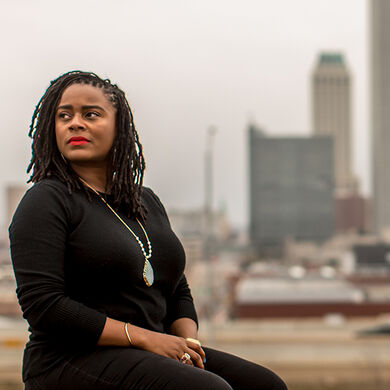 A once affluent black neighborhood in North Tulsa was devastated by hate-fueled riots, but memories of its past glory energize leaders today.

In the early part of the 20th century, the north part of Tulsa, Oklahoma, home to most of the city’s black residents, was so prosperous that the area was referred to as “Black Wall Street.”

Then, in 1921, a massacre at the hands of white residents, fueled by racial tensions, left a reported 300 black residents dead and 35 city blocks rampaged and burned. The area never fully recovered.

LEAD North, run by Texas native Ashley Philippsen (Houston ’07), is part of a growing movement in the city to boost North Tulsa’s vitality. Philippsen and her team choose promising local leaders with fresh ideas for the area to spend six months learning how to get those ideas up and running. The goal is to strengthen the push for change that already exists and ultimately to put an end to the region’s poverty. 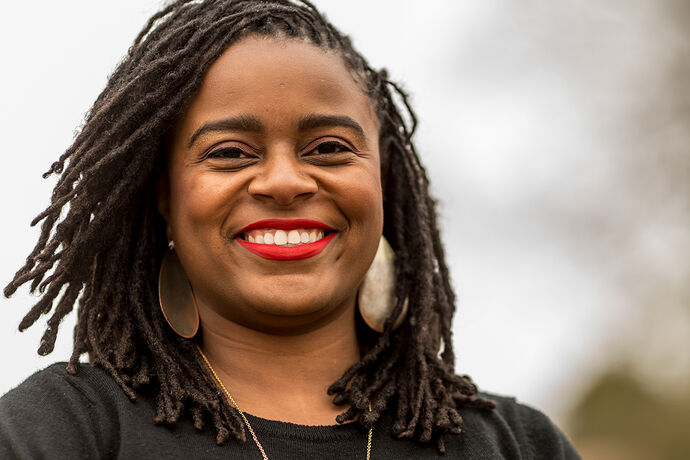 Philippsen has a visible enthusiasm when she talks about North Tulsa. Her smile is wide and her speech is lively. “I help people identify a vision, then set compelling, big, bold, audacious goals for the community,” she says.

Current LEAD North fellow James Wagner will spend the next six months working to create neighborhood associations that will mobilize residents and increase civic engagement. Julie Buxton, a graduate of the 2015-16 program, is tapping into what Philippsen says is the biggest opportunity for North Tulsa—economic development. Buxton is starting a microfinancing project to equip single mothers with the training and seed funds to launch home-based craft businesses, allowing them to earn a living and build entrepreneurial skills while still spending time with their children.

Philippsen says Buxton’s project helps tackle the affordable childcare barrier many single mothers face. “It's all about empowerment. It's about creating businesswomen and ensuring that kids are with their parents," she says.

“We have a blueprint of greatness, of resilience, of innovation when we look to our forebears of Black Wall Street.”

Black Tulsans account for about 16 percent of the city, according to Census data. But in several of the North Tulsa zip codes, they account for up to three-quarters of the population, according to a regional profile by the county health department. In 2015, the department released a report that revealed among all races, residents in North Tulsa were living 11 fewer years than people in wealthier South Tulsa.

Many residents say the differences between North and South Tulsa are, in part, tied to racial divisions still felt today. Until 2013, a main thoroughfare was named after Tulsa’s founder, W. Tate Brady, a member of the Ku Klux Klan and a “watchman” during the massacre. The street is now named for W. M. Brady, a Civil War photographer with no ties to Tulsa. Philippsen says that for many residents, the superficial change was a sign that little has actually improved.

Today, some North Tulsa businesses are still missing roofs and walls—destruction left unrepaired following a March tornado. Cement stairways that, during the Black Wall Street era, led to homes now lead to vacant lots, as they have for decades.

While driving around North Tulsa in her car, Philippsen crosses under Interstate 244, dividing the North and South. Soon, a different Tulsa appears.

"There's Whole Foods, Reasor's, Trader Joe's, Wal-Mart, and Sprouts," she says. "They're all within a 3-mile radius right here, and there are zero grocery stores in North Tulsa. That's just crazy to me." But Philippsen knows change is on the horizon: A LEAD North graduate is part of a development deal to build a grocery store in the North.

Current LEAD North fellow Tyler White (Greater Tulsa ‘14) is a science teacher at North Tulsa’s McLain Magnet High School for Science and Technology. He has noticed his students’ distrust of police grow since the September death of Terence Crutcher, an unarmed black man shot by a Tulsa police officer.

Through LEAD North, White wants to start a semi-annual, informal community gathering that would bring together North Tulsa's students and their families with area police officers. He's imagining a field day of sorts where people could look beyond badges and skin color. "If there's no interaction between [students and the police], the boundaries that exist are just going to continue to exist," White says. 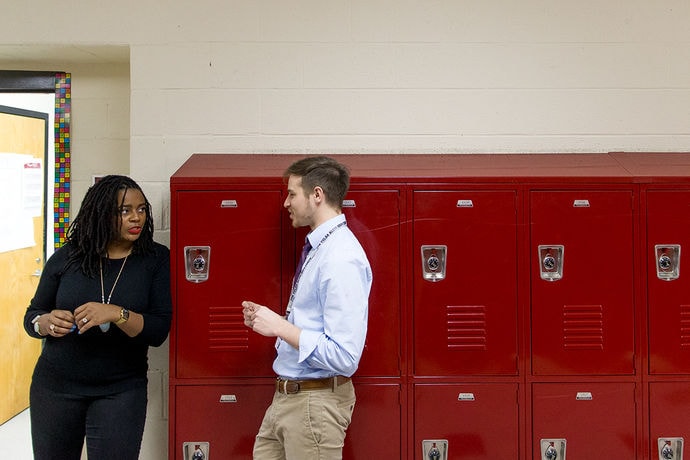 LEAD North participants have worked not only in schools, but also the mayor's office, churches, and elsewhere. Philippsen says their varied backgrounds are vital because it takes a whole community to create change.

“We have a blueprint of greatness, of resilience, of innovation when we look to our forebears of Black Wall Street,” Philippsen says. “We’re learning from the lessons of history and we’re motivated to craft an even stronger future."