Though they lived apart through a cancer siege, this couple pushed through the lows and cemented their partnership. Now an ex-jock and ex-yearbook editor are right where they’re supposed to be.

About Kristen and Wesley 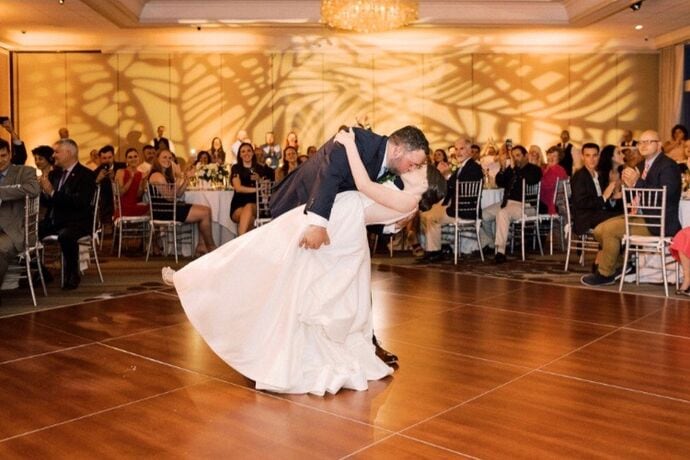 What do you remember about meeting each other for the first time?

Kristen: We did the corps in Miami-Dade at the same time, but we didn’t meet until we took a graduate school course together at the University of Miami. Wesley didn’t show up for the first day of class, and then he came in late on the second day and sat right behind me. I thought he was a huge slacker.

Wesley: I sat behind her because her beautiful blue eyes caught my attention when I scanned the room on that first (well, second) day. I remember looking over her shoulder, trying to think of anything to talk to her about. She was always making lists, so I talked to her about these love/hate lists I like to make to pass the time.

Kristen: One day he put "talking to you" on the “love” side of one of his lists. That led to our first date.

So, if not for that graduate class, you two might not be together now?

Wesley: Yeah, and everyone in the corps who knew us thought we were such an odd pair: Kristen the quieter, brilliant, reserved girl of Cuban descent from Miami, and me, this outgoing, small-town New England boy.

Kristen: Wesley says if we’d known each other in high school we might not have liked each other right away.

Wesley: She didn’t like football players in high school!

Kristen: That’s true. You were a jock, and I was editor of the yearbook. We definitely didn’t run in the same circles.

Wesley: I would have noticed you in high school.

That imaginary rocky high school start aside, what would you say has been the biggest challenge you’ve faced as a couple?

Kristen: I moved to teach in New York after the corps and Wesley moved back to his home in Massachusetts. For two years we traveled back and forth to see each other each weekend.

Wesley: During that time, I was diagnosed with cancer and so was my mom. I was in treatment with mom during the week, then traveling to see Kristen on the weekend. It was our greatest challenge as a couple looking back, but in the moment, it didn’t feel that way. We supported each other and lifted each other up in those dark moments. 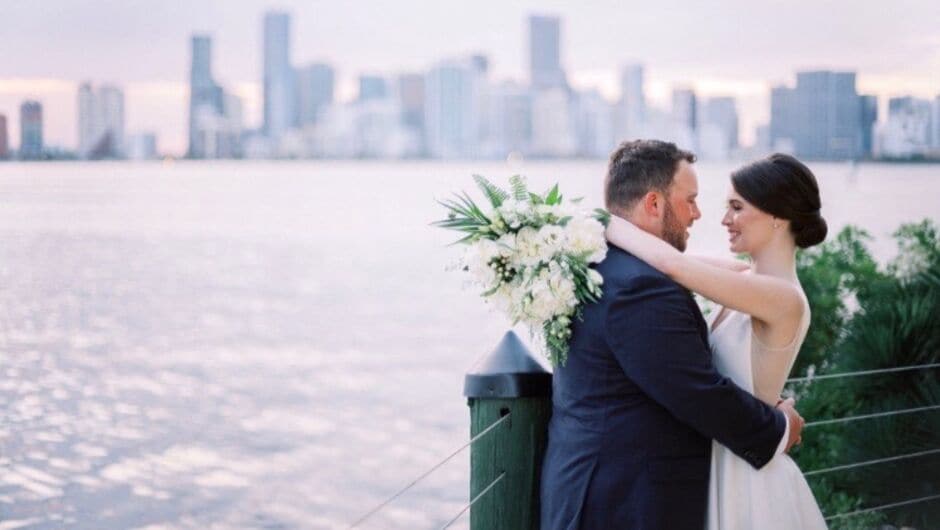 Kristen: We sent each other surprise gift cards to get coffee, wrote each other letters, and FaceTimed as much as possible. We always felt front and center in each other’s lives.

Wesley: We lost a lot of sleep on phone calls. But at our lowest points, that kept us connected.

How are you and your mother doing today, Wesley?

Wesley: I’ve been cancer-free for two years now! I’ve relied on the positive support of my wife, family, friends, students, and community to keep me healthy and loving my life. And mom has been cancer free for over a year-and-a-half now after multiple surgeries, intense treatment, and a positive attitude that inspires us all and radiates to everyone she comes into contact with.

Kristen, you moved from Miami to New York City, and now to Wesley’s small New England hometown to start your life together. What has that transition been like?

Kristen: We're living in a beautiful cottage on the water on the same street where we got engaged. It feels like we are exactly where we are supposed to be right now.

Wesley: I love making Dartmouth even more of a home with Kristen here. But one thing I didn’t expect: She will frequently—and randomly—start singing “The Star-Spangled Banner” to herself under her breath. It’s very strange. She has no explanation for it.

“Born to be Yours” by Kygo

Wesley: This song was part of our less-than-traditional first-dance mashup.

“It’s All Coming Back to Me Now” by Celine Dion

Wesley: The ultimate singalong song. It’s become a favorite of Kristen’s because she knows I’ll gladly go all out when it comes on.

“Forever and Ever, Amen” by Randy Travis

Kristen: My grandmother loves this song, and I played it for Wesley early in our relationship. Now he sings it out of the blue and it always give me butterflies