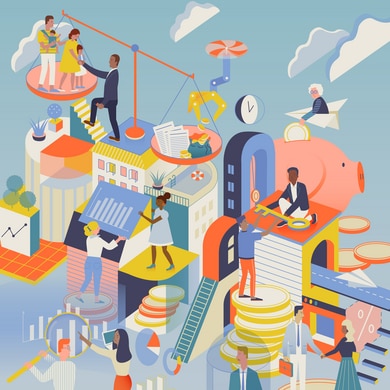 It’s about more than just numbers. From criminal justice reform and insurance markets, to city government—these alums are putting to use their backgrounds in economics.

Alumni in this Article

Sebastian Johnson (Massachusetts ’10) Criminal justice manager at the Laura and John Arnold Foundation. Earned a bachelor’s degree in political economy from Georgetown University, spending one year studying at the London School of Economics and Political Science. Earned a master’s degree in public policy from Harvard University.

Keisler: I help create economic opportunities for workers, investors, and entrepreneurs in the city. For instance, we recently introduced a microfinance program that offers loans with zero interest for first-time entrepreneurs, so that we can create a more diverse entrepreneurial system.

Abdelrahman: I work in a very niche insurance market, directors and officers, analyzing public companies’ risks. I look at our biotech portfolio, which I gravitated toward because of the altruistic work being done by those companies searching for cures or better treatments for debilitating diseases.

Johnson: I formulate strategies and think through community and advocacy efforts for criminal justice reform, specifically to address the fines and fees that exacerbate poverty. I’m grounded in understanding taxation and the consequences of tax policies, and how economics and budgets intersect in courts—for example, how salaries are paid by the fines assessed on poor defendants, and the perverse incentives associated with increasing those fees.

Did you always know you’d find yourself in this line of work, and connected to economics?

Keisler: Building communities has always been something I’ve wanted to do, in and out of the classroom. As a philosophy and religion major, I ultimately studied human behavior, and there’s a natural connection to economics and helping people find the resources they need to live happy lives.

Abdelrahman: There’s kind of a joke we have around the office that no one was trying to get into insurance, you just end up here. After leaving the classroom, I wanted to dip my toe in the business world to use my analytical thinking, because even in the classroom, analyzing data was one of the things I enjoyed most. 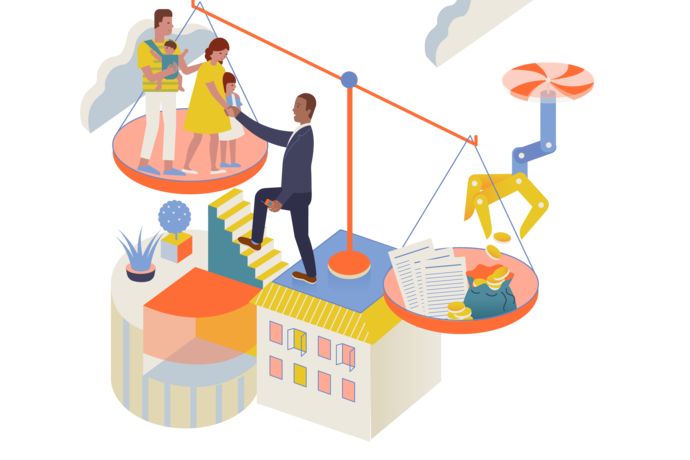 What conversation around schools and economics do we need to be having?

Keisler: Education needs to turn into job placements and income. Certain grade averages should mean automatic placement in state or community college, and that should turn into fellowships, apprenticeships, and ultimately a job. Sometimes we focus on learning and forget that learning should contribute to a life in the community.

Johnson: There should be a bipartisan discussion about segregation by wealth and race and how that has been allowed to become more pervasive over time.

What misconceptions are there about your field?

Keisler: When people think of economics, they often think of the theoretical, or about numbers, markets, and banking. But economic developers think about people, and about how we can help people make more money, leverage skills and hopes and dreams, and provide support for economic connections. Economists evaluate market conditions; economic developers change those conditions.

Johnson: People think if you’re not good at math, you shouldn’t study economics. Not true. Math and science are my weakest subjects.

What project in your career makes you especially proud?

Keisler: I’m really proud of our economic inclusion program that is providing culturally appropriate and equitable services to support communities historically left out. We serve them through workforce and real estate development to maximize their potential. This includes building housing for formerly homeless youth, digital inclusivity initiatives, and entrepreneurial incubator programs. Our goal is to include everyone in our economy.

Abdelrahman: Even though I was one of the newer team members at the time, I got to put together an onboarding curriculum for incoming analysts that is still used now. I noticed we were lacking one and, using my classroom experience, I stepped up to create a solution. 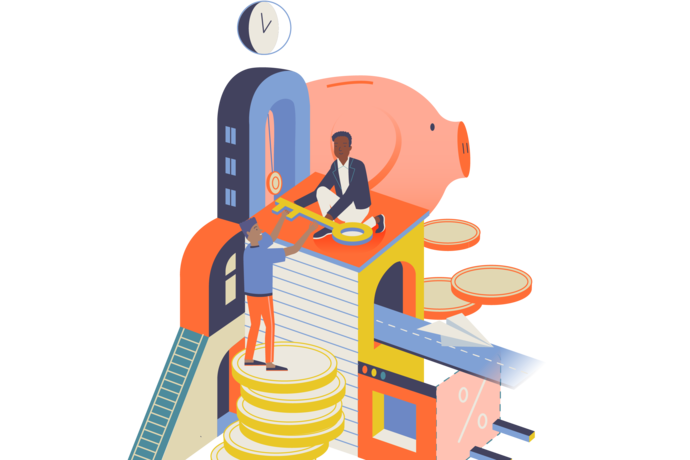 How does your teaching experience guide your work now?

Abdelrahman: Nothing will prepare you more for differing viewpoints or tough conversations than the classroom. During a conflict, I often find myself saying, “I’m hearing that this is making you feel this way.” And that’s totally from teaching.

Johnson: You can’t be a good teacher if you’re not a successful multitasker, and that’s gold in any situation. Teaching gave me those organizational skills because I’m not a planner by nature.

What do you see as missing from your field?

Keisler: Awareness and understanding. I just walked out of a meeting with an affordable housing nonprofit that didn’t realize how the economic development department works and that all these resources are available. Everyone, especially teachers, can benefit from understanding how an economic development department can support the work they do and the families they serve. 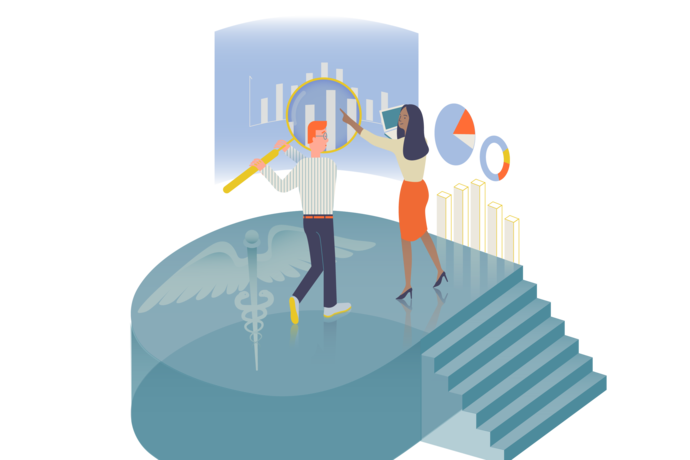 What advice do you have for others considering a similar career path?

Keisler: Get involved in the city where you teach. Interview city staff, elected officials, the professionals running the city’s day-to-day basics, from parks and rec to economic development. Schedule these people to speak in your classrooms and develop relationships.

Abdelrahman: When interviewing, I wish I’d made clear connections between teaching and the jobs I wanted. People thought my master’s in teaching meant I didn’t have relevant experience. But teaching allows you to develop so many transferable skills, and it teaches you about yourself and your community.

How does your work continue the mission of One Day?

Keisler: What I learned while teaching is that schools don’t exist in vacuums, they exist in communities. Kids I had for seven or eight hours a day were spending 16 hours in neighborhoods. The work I do is about building vibrant spaces in those communities for kids and families. I’m helping create an environment to help all students access an excellent education.

Abdelrahman: When I left the classroom, in order to continue promoting education I joined an organization that sends books to incarcerated women around the country. I now serve on that organization’s board.

Johnson: We’ve invested in the criminal justice system at the expense of children’s education. There are economic and political reasons for this, and I’m working to interrogate the system. Until we address these things that are a drain on our resources, it will always be too expensive to do the things that are right.