Last Chance to Apply for the 2020 Corps!

The final deadline to be part of this year's Teach For America corps is Friday. Apply today.

We know that when children are held to high expectations and invested in their education, there is no limit to their success.

Trying to figure out where you’d like to teach? Our Compare Regions tool can help.

Southwest Ohio has been central in the development of our nation, serving as a major hub for the Underground Railroad, the birthplace of the Wright Brothers and aviation, and the country's very first professional baseball team. We're the home of the largest collection of Fortune 500 companies in the nation, the newest team in Major League Soccer, and the largest Oktoberfest celebration, outside of Germany, in the entire world.

It's a region with much to offer. But there can also be a stark different in the opportunities available for students. When we started here in 2012, over 50 percent of children in the region grew up in poverty. Just 39 percent of fifth graders growing up in the city of Cincinnati were proficient in grade-level math, compared to 91 percent of their suburban peers. The gap is similarly wide in Dayton, where 28 percent of fifth graders growing up in poverty were proficient, compared to 84 percent of their neighbors growing up in higher income households. In Northern Kentucky, the rates of proficiency for city versus suburban students were 40 percent and 84 percent, respectively.

But we know change is possible. We know that when children are held to high expectations and invested in their education, there is no limit to their success. With that in mind, we are thrilled to embark upon our seventh year in Southwest Ohio—partnering with students, families, businesses, local leaders, and the community at large to give all of our region’s children access to the freedom that comes with an excellent education.

Low-income fifth graders in Cincinnati are proficient in math, compared to 91 percent of their more affluent peers.

Low-income fifth graders in Dayton are proficient in math, compared to 84 percent of their more affluent peers.

Students we serve are economically disadvantaged.

Things to Do in Southwest Ohio 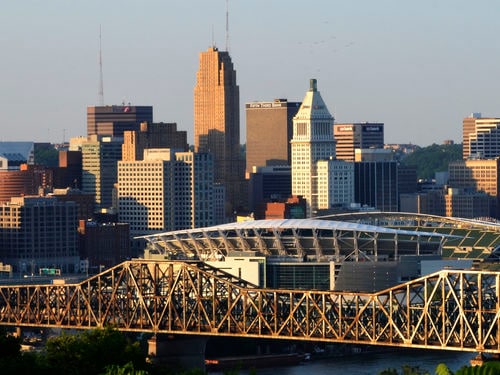 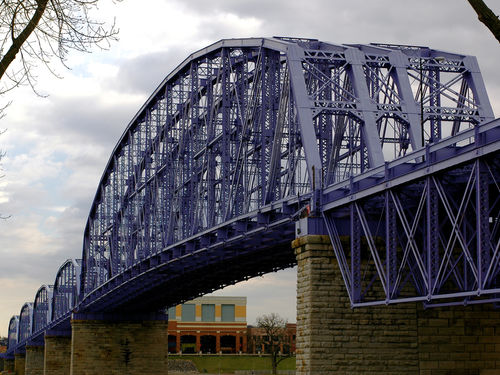 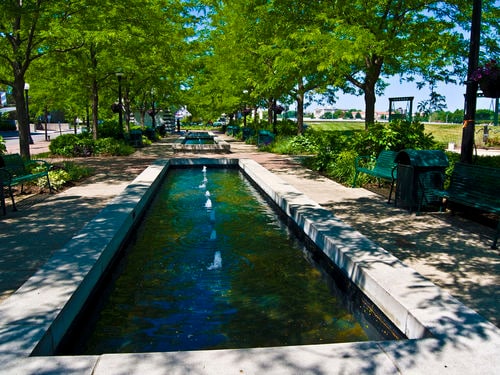 Situated on the Ohio River, Greater Cincinnati is home to more than 1 million people. The city is full of diverse neighborhoods, beautiful parks, world-class museums, and three professional sports teams, the Bengals, the Reds, and, beginning in 2019, the FC Cincinnati Pride MLS team.

Directly across the Ohio River from Cincinnati lie the cities of Covington and Newport, Kentucky, where around 15 percent of our corps teach. Rich in German history, Covington is home to Mainstrasse, a walkable center of restaurants and shops that have been around since the late 1800s. It hosts the annual Oktoberfest in German tradition, which is a corps favorite.

Located one hour north to the north of Cincinnati, Dayton is the fourth largest metropolitan area in Ohio and is known across the country as the “birthplace of aviation,” since it was the childhood home of the Wright brothers. It also continues its aviation legacy as the current home to the National Air and Space Intelligence Center, the Air Force Research Laboratory, and nearby Wright-Patterson Air Force Base.

Cincinnati boasts the highest rated urban public school district in the state, providing incredible opportunities to some of its students, yet there is still much work to be done. For example, when we think of how schools prepare students for different pathways of college and career success, we know that advanced placement (AP) and ACT prep can play a large role.

Currently only 23 percent of Cincinnati Public School (CPS) students participate in AP classes and less than a third receive an exam score of three or higher, which is required at most universities. In response, we are working with the district to identify highly effective corps members and alumni to teach these much needed AP classes.

Dayton Public Schools (DPS), our largest partner in the area, serves nearly 14,000 students in preschool through high school, with nearly 100 percent identifying as economically disadvantaged. In 2013, only 60 percent of third graders in DPS scored proficient on the state reading test, highlighting the need for academic improvement, and fewer than 60 percent of high schoolers graduate within four years.

The district has responded by creating a strategic plan with high-quality education as the number one goal, and Teach For America corps members and alumni are joining the district in these efforts. While the work ahead is going to require incredible dedication and focus, we are confident that together with like-minded teachers, parents, district, and community leaders, all children can be afforded the educational opportunities they deserve in Dayton.

Covington Independent School District educates nearly 4,000 students in preschool through 12th grade. Both Covington and Newport are relatively small public districts which provide a unique tight-knit community between teachers, parents, and students. Currently, Covington is working to address the ever-changing needs of its students.

In 2012, only 19 percent of middle school students at scored proficient or higher on the state exam, compared to a statewide rate of 40 percent. These achievement results prompted the district to create a strategic plan to ensure and enhance student-centered learning, foster and sustain positive and productive culture, and strengthen schools as community learning centers to serve students, family, and neighborhood needs. Teach For America is proud to be working toward these goals alongside our partners in Northern Kentucky.

Concerned about reports that Ohio and Kentucky were lagging behind other states in college enrollment rates, a group of leaders including early childhood educators, school superintendents, college presidents, business and nonprofit leaders, and community funders came together in 2006 to form The Strive Partnership. This diverse group was conceived with the shared goal of ensuring success for every child in the urban core of the region—Ohio's Cincinnati and Covington along with Newport, Kentucky—from “cradle to career.”